Sheikh Mohammed Really Saved The Day For These Stranded Cyclists 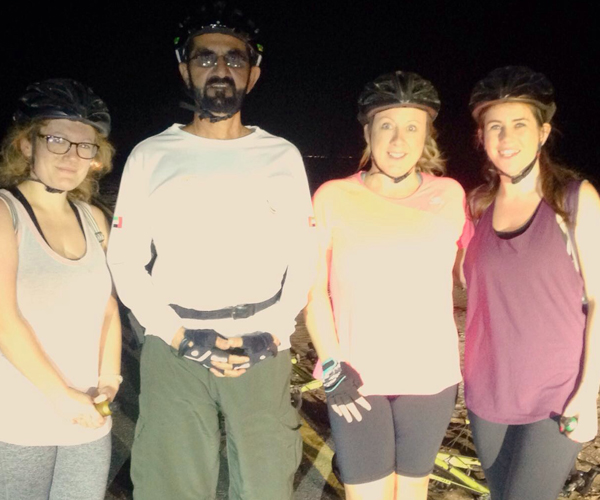 The ruler of Dubai… and knight in shining armour.

He’s known to frequent the tracks around Al Qudra, but one of HH Sheikh Mohammed bin Rashid Al Maktoum’s ventures into the desert sounds a little more eventful than most.

The ruler of Dubai and vice president of the UAE saved three friends from a 10-kilometre trek back to safety after they were let down by one of their bikes, a newly-recounted tale has revealed.

The trio had headed off for a 50km cycle in the desert last November, Dubai teacher Kayleigh Hutchison told What’s On Dubai, armed with three hired bikes, a single bottle of water, and a phone with just 20 per cent of battery left. 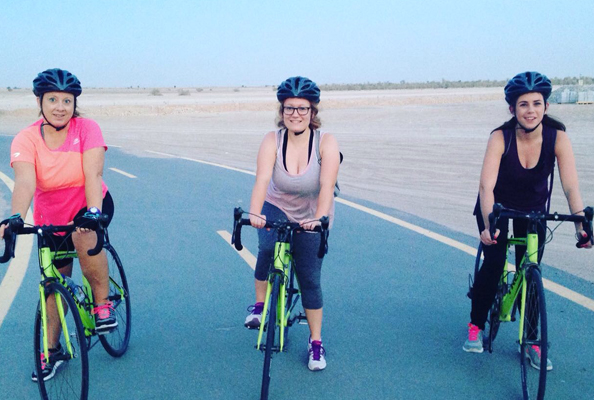 Read:
Sheikha Fatima Has Launched A National Day For Children In The UAE
Eight Things We Know About Huda Beauty’s Upcoming Foundation

The friends chatted as the sun set, hitting the 10k mark before trouble struck.

“Upon reflection, cycling side by side in the dark whilst non-stop chatting probably wasn’t the best idea for someone who lacks strong co-ordination skills,” Hutchinson recalled.

“Soon enough, I found myself veering off the track, onto the sand and falling off my bike.”

The teacher’s bike chain had fallen off and, even with the help of friends Linda and Brenda, it was so tangled they couldn’t fix it.

Stranded in the darkness, with the bike rental store not answering their calls from a dying phone, the trio faced a gruelling 10km walk back to the track’s start.

However out of the darkness a car and several bikes appeared, stopping as soon as the friends flagged them down. 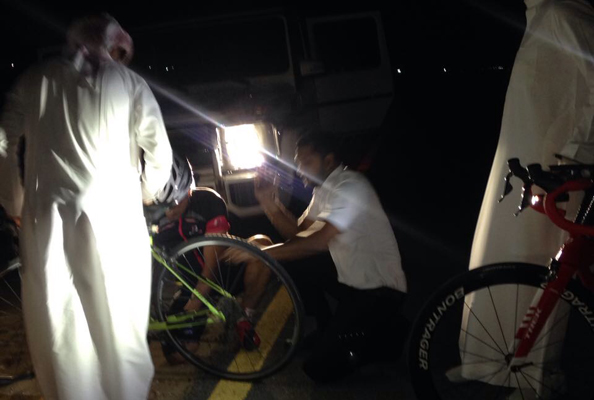 “In an instant we had an entourage of men wearing kanduras surrounding us, asking if we were OK and handing us bottles of water,” Hutchinson told What’s On.

Armed with a spotlight and tools, the group surrounded the broken bike and got to work.

“Then I heard Brenda say ‘Do I know you?’ to one of the men on the bikes,” the teacher recounted. “I then looked towards her and realised, just as she said: ‘You’re Sheikh Mohammed aren’t you?'”

Read:
These Bollywood Legends Just Did Dubai In Style…
This Female Barber Is Changing The Game At This Dubai Salon

Hutchinson said the meeting was “a bit of an excited blur”, but remembers asking the ruler of Dubai if he “came here often”.

Sheikh Mohammed, who’s an avid biker, revealed that he does, adding that he enjoys being outside, cycling and running when the weather is cooler.

After the bike was swiftly fixed, the trio were handed more drinks before their helpers departed.

“We cycled the next 40km on a huge high and kept replaying over the night’s events, very excited to share the news with our friends and family when we reached the end of the track,” Hutchinson said.

“Thanks to Sheikh Mohammed and his team for coming to our rescue and for giving us a brilliant story which we will never forget.” 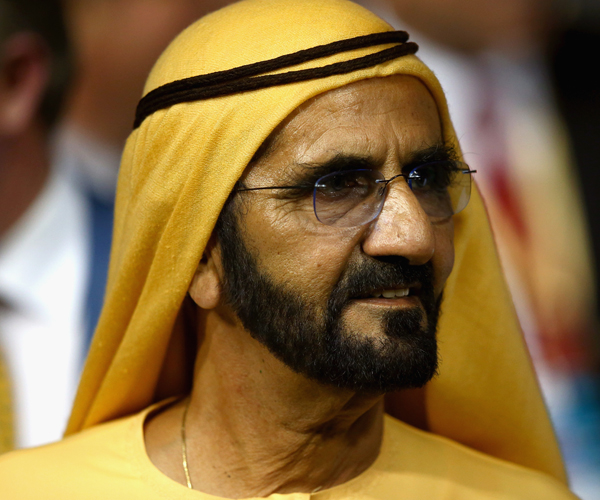 It’s hardly the first time the royal has come to a stranger’s aid, either – Sheikh Mohammed was revealed as the mystery benefactor who saved an English chapel for its villagers earlier this year.

The ruler also frequently donates his money – and personal plane – to worthy causes, as well as pledging aid to help children living in conflict zones.