It’s no secret that the UAE is on a big push for gender equality over the next few years.

And a new initiative is hoping to help companies reduce the gender gap – and it comes with some rather royal backing.

I attended a workshop at the world’s first #GenderBalanceGuide launch, a tool to promote gender balance in UAE https://t.co/2w2NIS0GCx

The Gender Balance Guide: Actions for UAE Organisations offers a comprehensive set of instructions for helping staff adopt a “gender-sensitive approach” in the office, and is the latest initiative from the nation’s barrier-breaking Gender Balance Council.

Read:
Queen Rania is on a total style roll this week…
Sheikh Mohammed has just opened a centre for youth in Dubai

Developed with the Organisation for Economic Cooperation and Development (OECD), the guide covers areas including HR management tools, policy guidelines and performance structures, and houses tips for promotong work-life balance and equal pay and job opportunities. (Click here to read the guide in full).

“The strong emphasis on promoting gender equality has been one of the strands of our nation’s remarkable development success story, which has earned the world’s respect and admiration,” HH Sheikha Manal bint Mohammed bin Rashid Al Maktoum, President of the UAE Gender Balance Council, writes in the foreword. 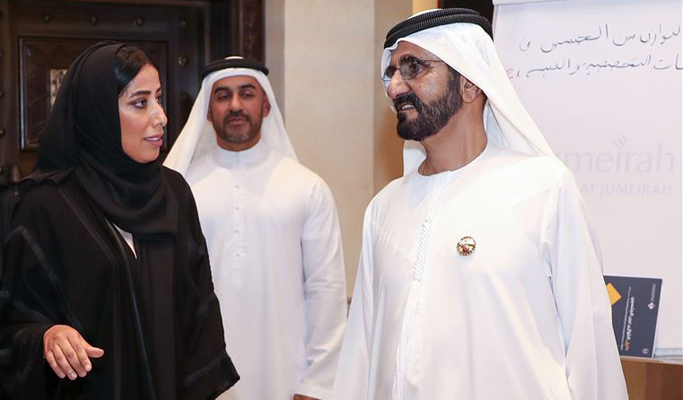 “[The guide] addresses key issues such as work conditions, merits and rights and responsibilities, with the aim of enhancing women’s participation in society and their contribution to economic development.

“It will support the UAE’s objective of providing women with equal career advancement opportunities, which will encourage them to take on leadership positions and empower them to be true partners in national development.”

The ruler of Dubai and the Vice-President and Prime Minister of the UAE called on companies to adopt the guide as he attended the launch, and a workshop titled “Enhancing Gender Balance at leadership positions”. 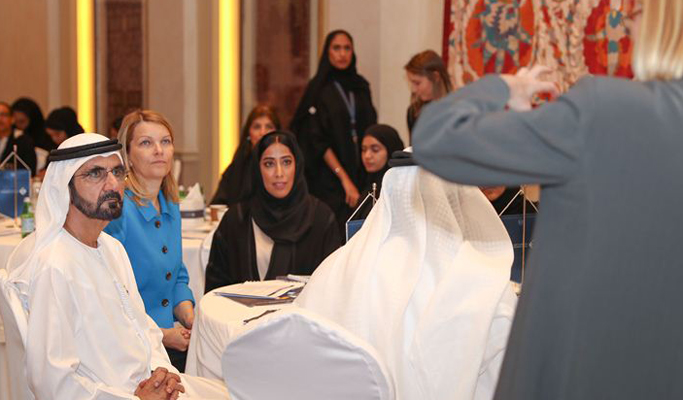 “In 2015, we launched the UAE Gender Balance Council to pave the way for the UAE to achieve an advanced ranking globally and enhance our competitiveness in this domain, and to complete the journey that started decades ago,” Sheikh Mohammed said, according to Gulf News.

“Our constitution stipulates that equal opportunities must be provided for all citizens, and what we are witnessing today is notable progress in women’s involvement.”