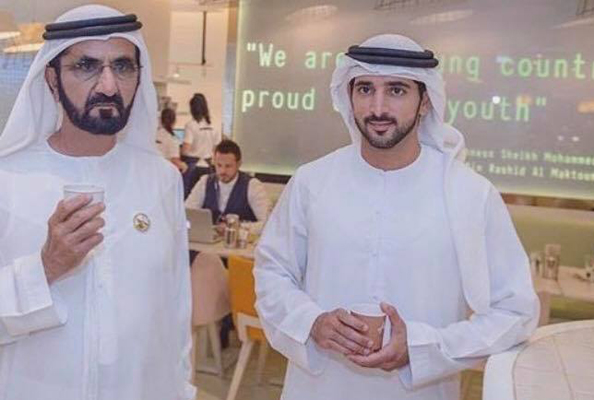 It’s a cafe inspired by the words of HH Sheikh Mohammed bin Rashid Al Maktoum – and now the Vice President and Prime Minister of the UAE and Ruler of Dubai has stopped by to try it out.

The entire concept was devised after HE Shamma Bint Suhail Faris Al Mazrui, the UAE Minister of State for Youth Affairs, listened to a speech given by Sheikh Mohammed where the royal stated: “We are a young country, proud of its youth.” 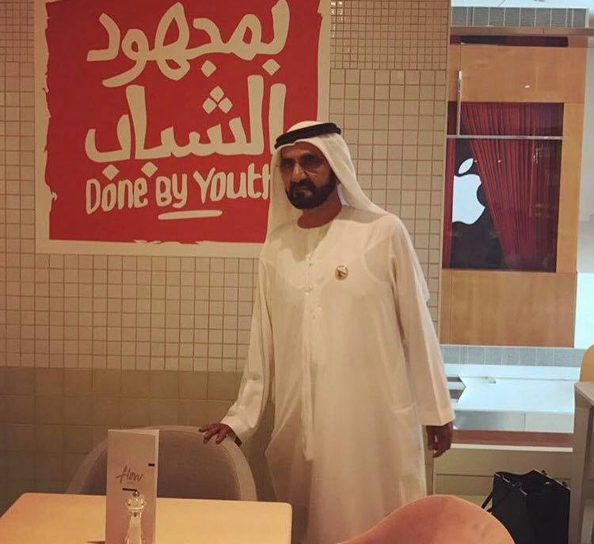 Read:
Steal Her Style: This Is Where Queen Rania’s Latest Looks Are From…
Sheikh Mohammed Shares A Joke With Queen Elizabeth At The Races

The minister felt compelled to dream up the new healthy-eating restaurant, staffed by young people and set up in collaboration with the Emirates Youth Council.

Given its roots, the cafe – known for its excellent coffee and locally-sourced snacks – was understandably delighted to welcome HH Sheikh Mohammed on Wednesday afternoon. The royal dropped by with his son, Crown Prince of Dubai Sheikh Hamdan Bin Mohammed Bin Rashid Al Maktoum, where the pair chatted to staff and enjoyed a cup of coffee.

“Our manager Emmanuele explained how Flow aims to inspire Dubai’s tomorrow through the power of healthy food and by being a creative hub for young leaders,” the cafe posted on their Facebook page after the visit.

Read:
Dubai’s Priciest Penthouse Just Sold For How Much?
This Sheikha Just Carved Up The Slopes Of Ski Dubai… 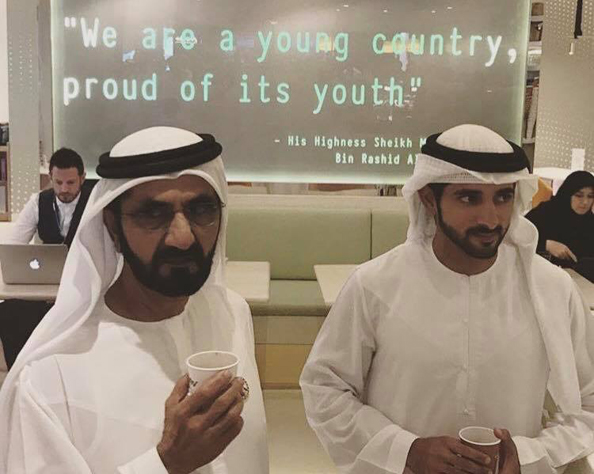 Sheikh Mohammed even posed in front of wall bearing his own quote as he sipped on his drink, which is made in-house with coffee from The Espresso Lab.

The cafe also offers workspaces, wi-fi, and some intriguing-sounding ‘milk taps’, which let you top up your beverage with a choice of almond, rice, soya, cow’s and coconut milk.

And if it’s got the royal seal of approval, this might be our new lazy Saturday morning spot of choice…