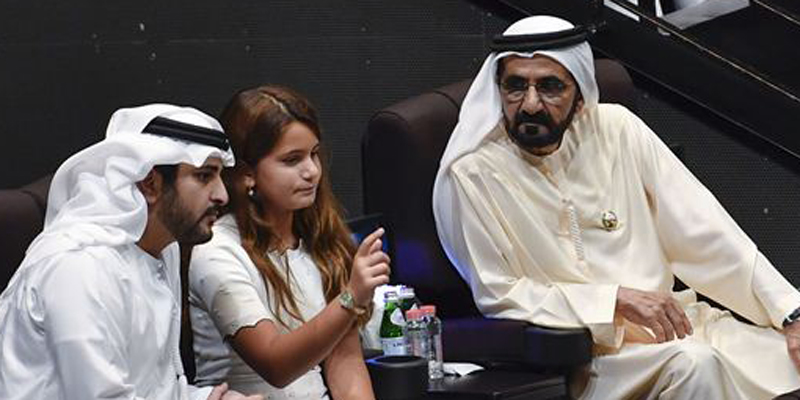 The two enjoyed a father-daughter trip to the theatre over the weekend.

The custom-built theatre seats 1,300, but all eyes were on two rather special guests at Al Habtoor City this weekend.

HH Sheikh Mohammed bin Rashid Al Maktoum, ruler of Dubai and Vice-President and Prime Minister of the UAE, dropped by the Business Bay venue on Saturday to check out recently launched extravaganza La Perle by Dragone.

Read:
Crown Prince Hussein: ‘It feels like the world’s conscience is on silent mode’
‘A friend of a lifetime’: Sheikh Hamdan’s stirring tribute to his late brother

The royal even brought his youngest daughter, 9-year-old Al Jalila, along for the performance, with the Sheikha gazing up at the aqua stage’s set-up in wonderment, judging by snaps captured on the night. 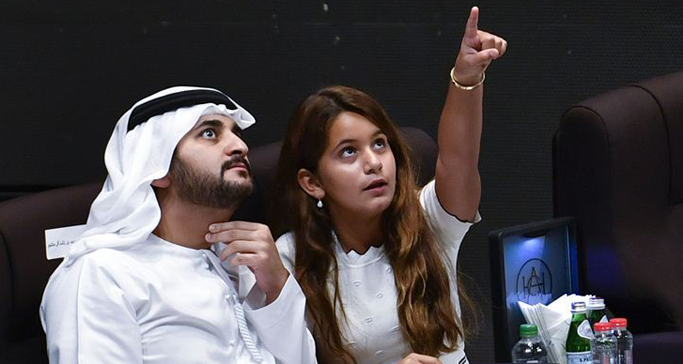 The father and daughter were joined on the night by Dubai’s deputy ruler (and Al Jalila’s brother), HH Sheikh Maktoum bin Mohammed bin Rashid Al Maktoum, along with several ministers and government officials.

HH Sheikh Mohammed mingled with other theatregoers as guests prepared to take their seats at Dubai’s first permanent stage show. 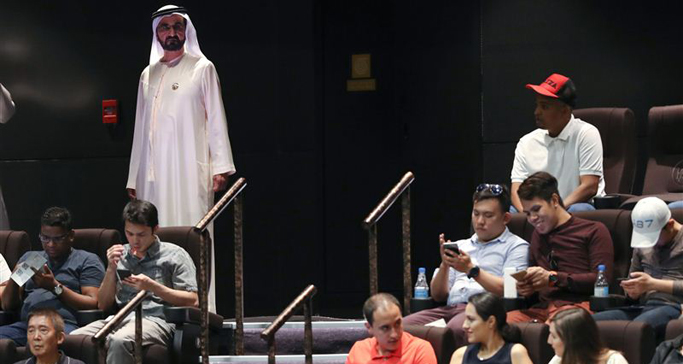 La Perle, which opened its doors on August 31, launched following months of dedicated preparation from 65 performers flown in from across the world.

Performed on a stage which can be filled with 2.7 million litres of water, the show features acrobats, aerial stunts, projections, waterfalls, and pretty much everything you’d expect from director Franco Dragone, the man behind several Cirque du Soleil shows and Celine Dion’s Las Vegas residency.

This brief glimpse we got last month should give you an idea of what to expect:

And with only 14 rows wrapping around the stage, and fearless acrobats nail-bitingly teetering and whizzing above the crowd, there’s no such thing as a bad seat. 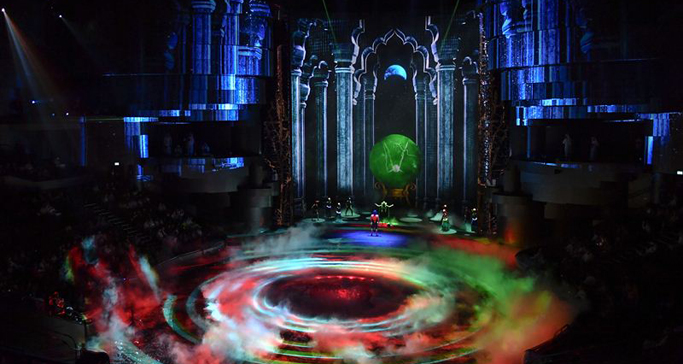