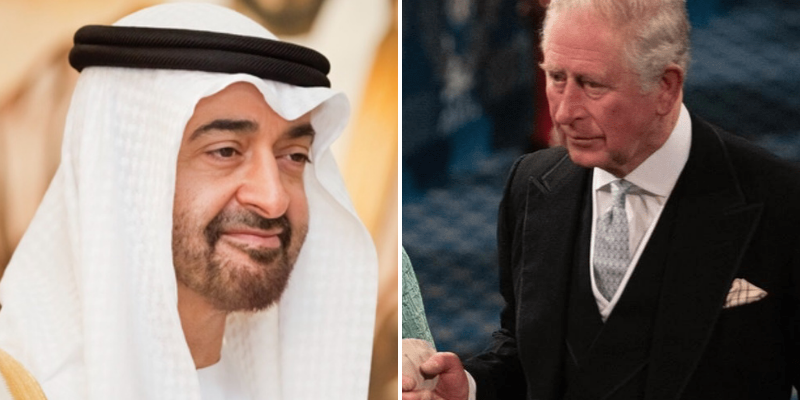 Prince Philip, the Duke of Edinburgh and consort to Queen Elizabeth II, was laid to rest on Saturday, April 18.

Ahead of the funeral His Highness Sheikh Mohamed bin Zayed Al Nayhan, the Crown Prince of the Abu Dhabi and Deputy Supreme Commander of the United Arab Emirates Armed Forces, had a phone call with Prince Charles, heir to the British throne.

Per The National, the Crown Prince shared his condolences with the Prince of Wales over the loss of his father and extended those to the entire family.

His Highness also sent his well wishes to the Queen, hoping she was in good health, to which Prince Charles thanked Sheikh Mohamed bin Zayed.

Prince Philip passed away at the age of 99 on April 9 at Windsor Castle. The Duke of Edinburgh had been suffering some bad health for about six weeks prior.

It is with deep sorrow that Her Majesty The Queen has announced the death of her beloved husband, His Royal Highness The Prince Philip, Duke of Edinburgh.

His Royal Highness passed away peacefully this morning at Windsor Castle. pic.twitter.com/XOIDQqlFPn

The news was announced by the palace with a statement on behalf of the British monarch.

“It is with deep sorrow that Her Majesty The Queen announces the death of her beloved husband, His Royal Highness Prince Philip, Duke of Edinburgh,” the statement read.

“His Royal Highness passed away peacefully this morning at Windsor Castle.”