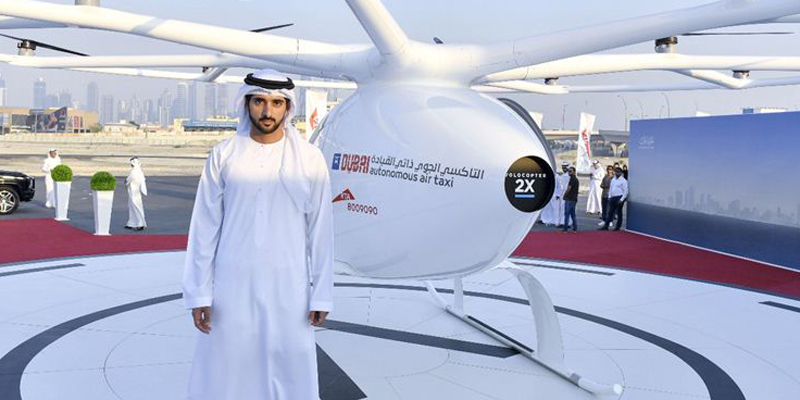 It’s set to shake up the world of public transport when it launches.

And Dubai’s self-flying taxi got one step closer to becoming a reality this week, after the super-futuristic vehicle made a successful maiden voyage over the city’s skies.

HH Sheikh Hamdan bin Mohammed bin Rashid Al Maktoum was on hand to witness the feat, calling it “an achievement that will build on UAE’s track record as a country that embraces the future”.

“We are racing ahead of time and implementing tomorrow’s projects today,” the Crown Prince of Dubai posted on Instagram. 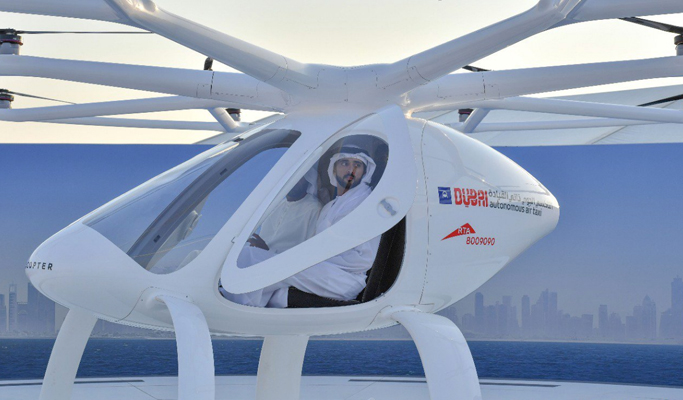 “Under our leadership, we have built an environment that nurtures innovation, and has made UAE a place that attracts world’s brightest minds.”

The two-seater Autonomous Air Taxi soared above a testing site near Jumeirah Beach Park, managing to accurately take off, navigate the skies and land, as this short clip shows.

The environmentally friendly vehicle is powered by clean energy and capable of reaching speeds of 100 kilometres an hour.

It has 18 rotors to “ensure safe cruising and landing of the taxi in case of any rotor failure”, and runs on autopilot, meaning it doesn’t matter if passengers don’t have any flying skills.

It was revealed at the test flight that future customers will be able to book a ride through an app, with the vehicle able to run for 30 minutes at a cruise speed of 50kmh.

“It is also fitted with optional emergency parachutes, nine independent battery systems, and a battery quick-charge and plug-in system,” said HE Mattar Al Tayer, director-general and chairman of the board of Executive Directors of the RTA.

Read:
Let’s focus on what Amal Clooney was doing at the UN, not her clothes
Dubai is getting a high-end new district near JLT

Though there’s currently no official launch date for the taxis, Al Tayer did note that trials and the “process of developing legislation for this type of vehicle” will stretch across five years.

So keep your eyes to the sky… you might be able to spy one of these in action on a future test flight.