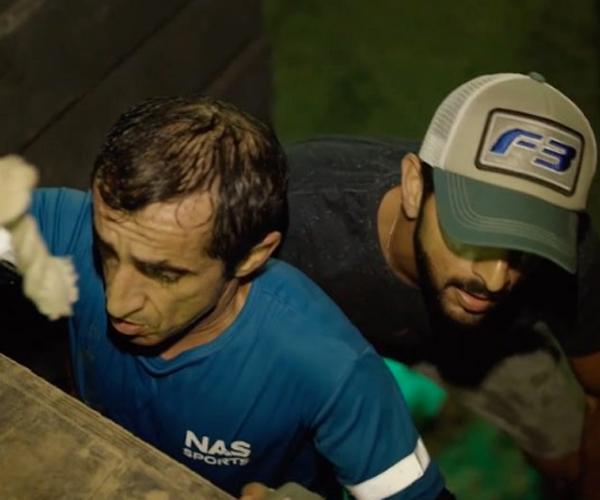 We don’t fancy our chances when it comes to finishing a tough 13-stage sports competition… but then again, we’ve never had HH Sheikh Hamdan bin Mohammed bin Rashid Al Maktoum cheering us on.

And that’s exactly what competitors at Thursday’s NAS Night Challenge were greeted with, as the Crown Prince of Dubai watched on from the sidelines. 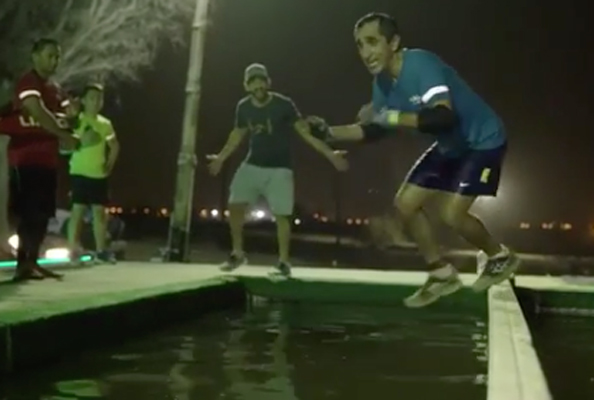 Sheikh Hamdan, who is also the chairman of the Dubai Sports Council, turned up to support participants through the 5-kilometre obstacle course, which involved 13 draining challenges.

Read:
15 Of Our Favourite Snaps From Queen Rania’s Family Album
Want To Volunteer In The UAE? You Might Have Some Royal Company…

More than 650 athletes spread across 140 teams took part in the desert event, but the royal gave some extra-special support to one particular competitor.

(Anyone who failed to complete an obstacle incurred a time penalty of 30 minutes… so we’d have ended up at least four hours behind).

The royal, known affectionately as Uncle Saeed, was given words of encouragement by Sheikh Hamdan, who clapped him on throughout the entire course.

Read:
10 Royal Looks To Inspire Your Ramadan Wardrobe This Year
Dubai’s Royal Pilot Takes To The Skies On Her Maiden Passenger Flight

The challenge, which can be undertaken by teams of five people or more, is part of the NAS Ramadan Sports Tournament held under the patronage of Sheikh Hamdan.

A group from Skydive Dubai took out first place in the women’s competition, while a team from the Abu Dhabi Police claimed the top spot in the men’s category.