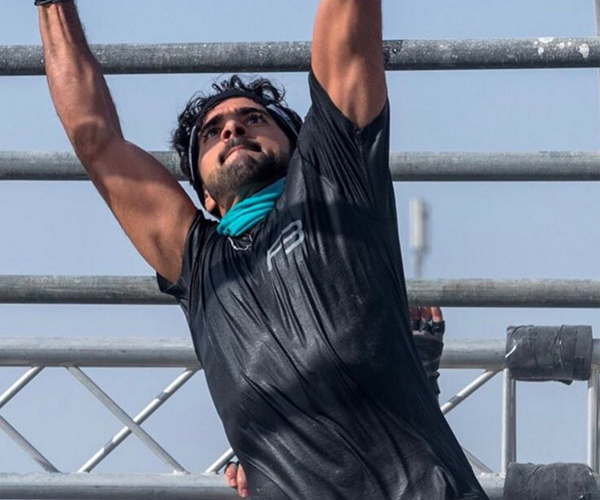 The Crown Prince shows his sporting prowess at Sandstorm DXB.

He’s no stranger to an endurance race or two, but HH Sheikh Hamdan made a recent event look almost like child’s play.

Sandstorm DXB took place in Al Qudra over the weekend, marking the latest endurance-style obstacle courses to launch in the UAE, joining challenges including Tough Mudder and the Desert Warrior.

The event featured a five-kilometre ‘sprint’ race as well as the longer 10-kilometre ‘endurance’ option.

With as many as 30 obstacles as well as four different terrains, there was no doubt about it – Sandstorm DXB was not an event to be taken lightly.

Read:
Sheikh Hamdan: Working Mums Are ‘The Nucleus Of A Happy, Healthy Society’
Sheikh Hamdan Makes These Schoolkids’ Day As He Stops In For Playtime

Check out the setup…

Yet the Crown Prince of Dubai and Chairman of Dubai Executive Council made it look almost easily, as he joined in with the 3,000 residents taking part.

His feat was captured on social media, and his father, HH Sheikh Mohammed bin Rashid Al Maktoum, Vice President and Prime Minister of the UAE and Ruler of Dubai, even supported him from the sidelines.

So, with no further ado, here are our favourite pictures of Sheikh Hamdan from Sandstorm DXB…

Getting a bit of fatherly encouragement

Read:
The Bootcamp Beloved By Many A Celebrity Is Coming To Dubai
6 Fitness Apps Everyone Should Have

Ahead of the pack.

Just hanging in there.

One of the easier parts of the course, that’s for sure…