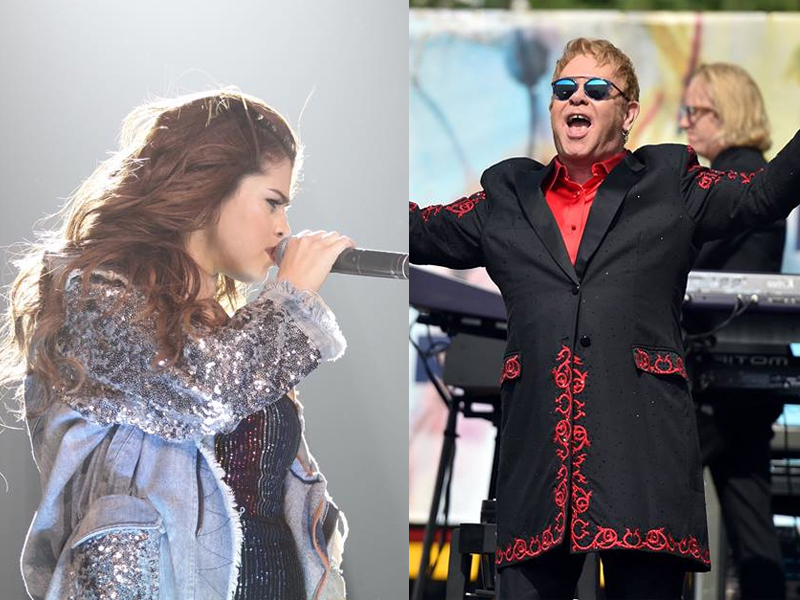 Straight off the back of Zayn Malik’s concert announcement for this October 7, comes the announcement of the rest of 117Live’s concert for 2016 – and it’s just as star-studded as you’d imagine.

In the coming months, expect to see performances from pop princess Selena Gomez, as well as the legendary Sir Elton John, Major Lazer, All Saints and more.

The first of 117Live’s big events this season comes in the form of Fiesta De Los Muertos, which will take place at the Autism Rocks Arena, at Dubai’s Outlet Mall, on October 28 – featuring Major Lazer, 1990s girl-group All Saints, The Mariachis and a set from local DJ duo Hollaphonics to end the night.

Not sure who All Saints are? Here’s one of their most iconic singles:

Oh and if that wasn’t enough, 117Live have said that there’s still an announcement to come that’ll make the festival a must-attend.

Selena Gomez is also set to perform at the Autism Rocks Arena on November 19 as part of her Revival world tour, performing songs from her latest album as well as a few of her classic hits.

Selena Gomez is considered one of pop’s new princesses:

Music legend Sir Elton John will also be making a return to our sunny shores putting on a superstar performance on December 15 alongside his live band as part of his Wonderful Crazy Night world tour.

Sir Elton, as one of the most highly acclaimed solo artists of all time, has acquired a whopping 38 gold and 27 platinum and multi-platinum albums throughout his career, having sold more than 250 million records worldwide – and he still holds the record for the biggest selling single of all time.

One of Elton John’s classic hits:

117Live have also revealed two more dates to keep an eye on, March 3 and March 31, 2017. Artists for these dates are yet to be announced, but if it’s on par with what’s coming up this year then we’ve got something to look forward to.

Tickets will be available from 117live.com.