Saudi Girls Will Finally Be Allowed To Play Sports At School 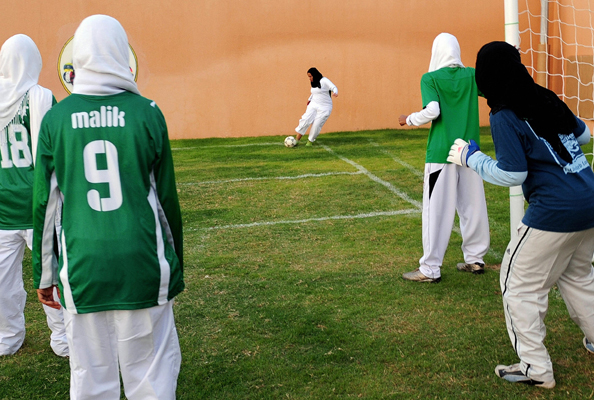 Public schools will begin offering physical education to girls as part of Vision 2030.

It’s been called for for years – and now it’s finally about to happen.

Girls in Saudi Arabia will soon be able to receive physical education at public schools, the kingdom’s Education Ministry has announced.

The move comes four years after sports for girls in private schools was approved, in a country where exercise for females can be seen as immodest.

Classes will be introduced “gradually” and “in accordance with (Islamic) Shariah regulations”, AP reports, adding that it’s not yet known if they will form part of the curriculum.

The move comes after years of calls from activists to give women greater access to exercise, in a country where almost 50 per cent of women were found to be physically inactive in a government study.

Physical education programs will be rolled out in the next academic year, Saudi daily Okaz reported, with schools to arrange sports halls and qualified female teachers first.

The Ministry of Education revealed in a statement that the introduction of PE classes comes as part of Vision 2030, the kingdom’s post-oil economy plans to make Saudi a more modern, tourist-friendly destination.

Read:
Women Now Make Up 30 Per Cent Of Saudi’s Private Workforce
Here’s Everything You Need To Know About Rihanna’s New Saudi Beau

“The happiness of citizens and expatriates comes at the top of the ministry’s priorities and this won’t be realised without enabling them to enjoy both physical, mental and social health, and thus realising our vision of building a society whose members are blessed with a healthy life,” the ministry said.

Authorities also started granting licences for women’s gyms earlier this year, if the venues focus on fitness and weight-loss activities, such as running, swimming and weightlifting.