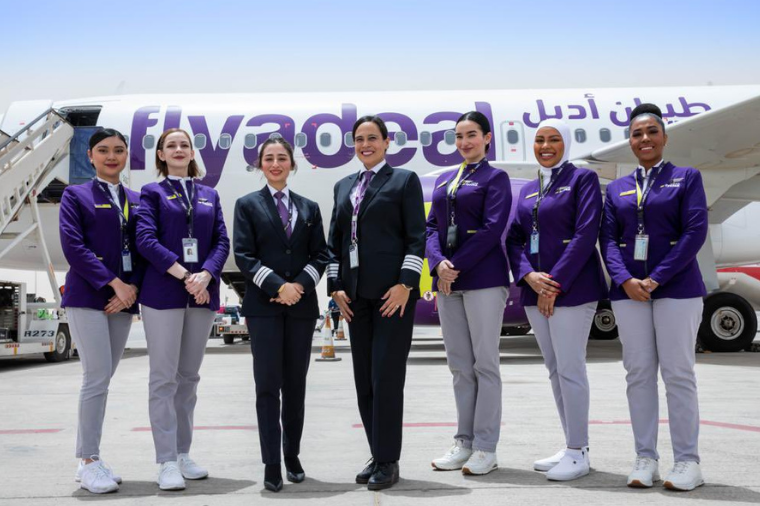 Saudi Arabia has achieved yet another milestone for women’s empowerment in the country.

Flyadeal, an airline run by the Kingdom’s national carrier Saudia, made history as a flight took off with an all-female cabin crew for the first time ever from Riyadh to Jeddah on Thursday, May 19, 2022.

Per the General Authority of Civil Aviation (GCAA), the announcement was confirmed with praise for the expansion of women’s roles in the aviation sector over the last few years.

On the latest A320 aircraft majority of the seven-member crew were Saudi women including the first officer. However, the captain was a foreign woman, per Flyadeal spokesperson Emad Iskandarani.

For the first time in Saudi aviation history!🇸🇦

#flyadeal operated the first flight with all-female crew, majority of which are Saudis by the newest A320 aircraft. Flight 117, flew from #Riyadh to #Jeddah ✈️💜 pic.twitter.com/fWo08hYMd7

This comes three years after the airline introduced its first flight with a female Saudi co-pilot.

With goals to triple the annual traffic to 330 million passengers by the end of the decade, the country plans on drawing $100 billion in investments in the sector by 2030.

This is in line with the Kingdom’s aims to expand its airport offering with plans to build a major international airport in Riyadh and eight more regional airports to increase connections to 250 destinations around the globe.

In recent times, under the vision of Crown Prince Mohammed bin Salman, several other commendable reforms have been made in relation to women’s rights.

This includes lifting the ban for women on driving and easing the guardianship rules, Other such key events including the first-ever dedicated women-only motorsport event known as Rally Jameel, took place in March 2022 and the first female undersecretary in the Ministry was appointed for the Ministry of Islamic Affairs in February 2022.