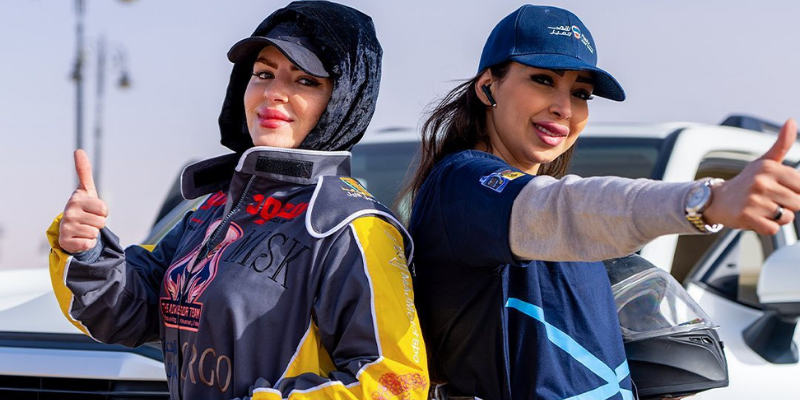 History was made for women in Saudi Arabia over the weekend, particularly for those in the motorsports field.

The first-ever dedicated women-only motorsport event, known as Rally Jameel, took place in the Kingdom under the patronage of Her Royal Highness Princess Reema bint Bandar Al Saud, Saudi Arabia’s Ambassador to the US.

The prestigious and groundbreaking event took place from March 17 to March 19, 2022 where 34 teams of two women – one driver and one assistant – from 15 countries took part in the race which spanned across 900km, starting in the city of Hail through to Al Qassim and ending in the country’s capital, Riyadh. As well as Saudi Arabia, other countries from the GCC represented in the competition included the UAE and Oman.

However, unlike most motorsport events, the competition is not regarded as a “race” per se. Rally Jameel, according to their official website, is not a test of speed, but a test of using “a state of the art navigation equipment and a digital road book to compete on a pre-defined route in the beautiful deserts of Saudi Arabia using normal off-road cars through hidden Waypoints to collect points”. Those who collect the most points, in turn, win the competition.

For the inaugural Rally Jameel, Swedish duo Annie Seel and Mikaela Åhlin-Kottulinsky were crowned the winners of the competition. Meanwhile, Atefa Saleh of the UAE and Eleanor Coker of the USA took second place and Maha Al Hamly of Saudi Arabia and Maria Hernandez of Spain took third place.

“Today… history is made,” the official Rally Jameel Instagram page stated. “‏Here are the results of Rally ‏Jameel, the first of its kind in KSA. ‏Congratulations to the winners.”

The launch of Rally Jameel shows just how far things have come since it was announced in 2017 women in the Kingdom would be able to drive, all a part of Crown Prince Mohammed bin Salman’s initiative Vision 2030.

Just three months after he stepped into his role as Crown Prince of Saudi Arabia in 2017, Mohammed bin Salman unveiled in a royal decree that women would be able to secure driving licenses from June 2018 and he has gone on to do much more.

Under Vision 2030, there are many more history-making changes set to take place for women in the Kingdom.