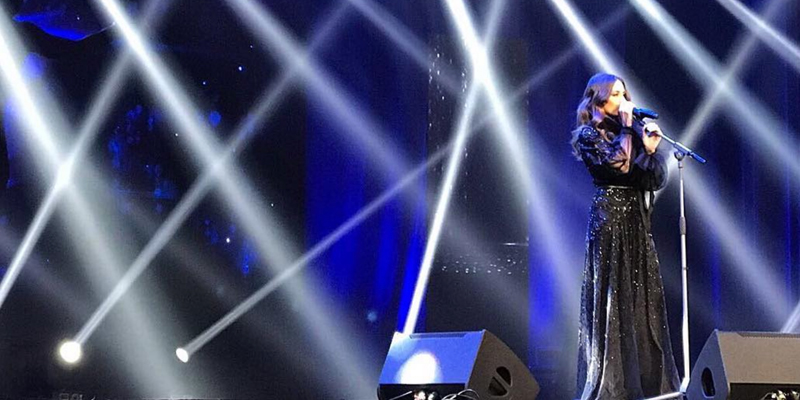 It’s been a year of great change in Saudi Arabia—and the kingdom shows no signs of slowing things down any time soon.

In 2017, the year when women discovered they’d soon be able to secure driving licences as well as enter sports stadiums, a landmark concert was held in the kingdom’s capital.

Hiba Tawaji performed at Riyadh’s King Fahd Cultural Centre this week, in Saudi’s first-ever solo gig by a woman at a public venue.

Wearing Elie Saab, the Lebanese singer took to the stage in front of an all-female crowd, The Telegraph reports, and treated ticket holders to Arab classics plus covers of Celine Dion and Whitney Houston tracks.

“Thank you for an unforgettable evening, you gave me wings! I love you all,” the singer posted on Instagram shortly after the show.

“This is my first time in Saudi Arabia and I received a warm welcome and I am honoured to be one of the first women to sing in the theatres of Saudi Arabia,” Tawaji also said on stage, according to NBC.

The concert comes as part of Vision 2030, the kingdom’s post-oil economy plan under which the government aims to increase the percentage of women in the nation’s workforce from 23 per cent to 28 per cent by 2020.

Under the plans, King Salman issued a historic royal decree in September, allowing females the right to lawfully gain driving licences in the kingdom from June 2018.