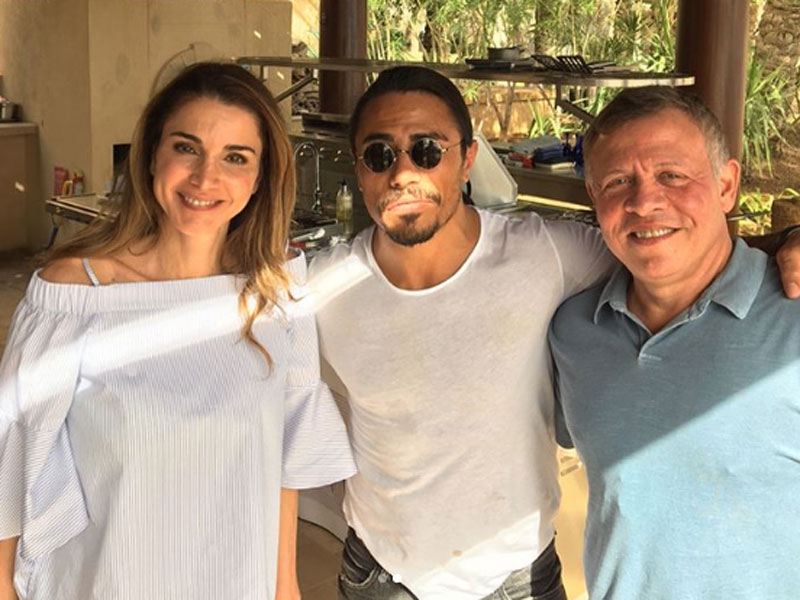 It’s official – Salt Bae’s signature sprinkle is fit for a King (and Queen).

Just when you thought we’d reached peak Salt Bae, the sodium sensation has added two more famous faces to his list of fans – the King and Queen of Jordan.

Turkish chef Nusret Gökçe, the owner of the Nusr-Et steakhouse chain, was hosted by none other than King Abdullah II and his wife, Queen Rania, on a recent visit to Jordan.

The chef posted photos of the encounter to Instagram, thanking the royals for their hospitality and generosity – and even getting the King to imitate his trademark salt-sprinkling move.

YINE BIRGUN KRALLA TUZLUYORUZ (URDUN KRALI )I want to thank His Highness King Abdullah II Of Jordan for his hospitality and generosity during my visit to Jordan. #saltbae #salt #saltlife you soon again!

Gökçe, who has restaurants in both Abu Dhabi and Dubai, shot to viral fame earlier this year thanks to his hypnotising Instagram feed, which quickly earned him the moniker “Salt Bae”.

A video which showed the chef sensually slicing up a steak, before adding a final flourish of seasoning, received over 10 million views in a matter of weeks.

Last week I took the team out to the amazing restaurant of my great friend @nusr_et! Always a special evening there, especially with these fantastic folks! #saltbae #dinner #tb