Salt Bae is back, and he’s saltier than ever 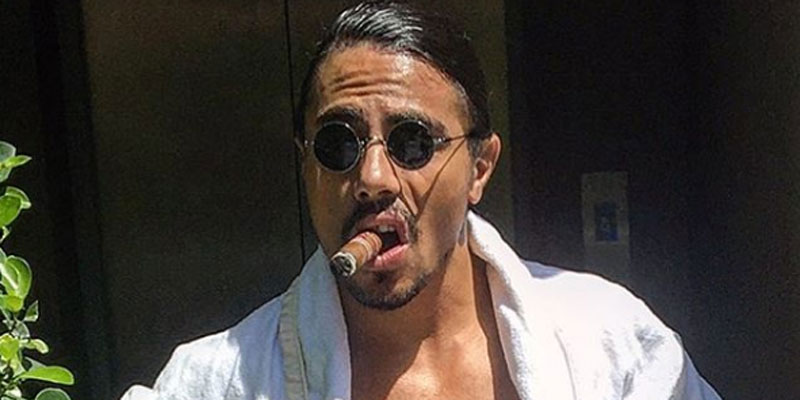 You might have thought you’d seen the last of him…

It feels like a different decade, but it was only this January that Dubai-based chef Nusret Gökçe blew up online with his very distinctive salt-sprinkling style. Since then, he’s cooked for King Abdullah II and Queen Rania of Jordan, for Leonardo DiCaprio, and for HH Sheikh Mohammad Bin Zayed Al Nahyan, Crown Prince of Abu Dhabi. Rihanna even wore a t shirt with his face on it. If that isn’t success, what is?

And now the Turkish 34-year-old has added another notch to his belt, and appeared in a short clip promoting the Netflix show Narcos.

Posted on Twitter by @NetflixMENA, the video shows Gökçe serving up meat to Narcos characters – some of whom even eat off his carving fork.

We bet the Cali brothers are mighty picky about their meat. Check out his cameo for yourself:

Gökçe hasn’t gotten any less suave since January, and the Narcos cast look like they’re loving his signature moves. We’re a tiny bit concerned that he’s using a knife while wearing sunglasses indoors – seems like you’d want to be able to see what you’re doing – but Gökçe likely has this on lock. This isn’t his first rodeo.

Gökçe opened his original Nusr-et Steakhouse in Istanbul in 2010, and has since added two outlets in Dubai and one in Abu Dhabi. Back in Januray, his original #SaltBae Instagram post racked up 10 million views in just a couple of weeks. In the fast-moving world of memes, he made a major impact.

Between that and the Rihanna moment, Gökçe’s star status was confirmed. With this latest collaboration, we’re thinking we haven’t seen the last of him.