Sad News: A Syrian Filmmaker Has Been Blocked From Attending The Oscars 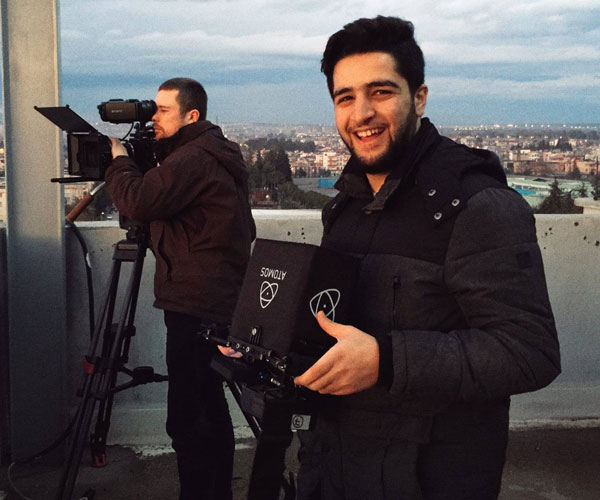 Khaled Khatib worked as a cameraman on the Oscar-nominated doco The White Helmets.

A Syrian cinematographer will no longer be able to attend the Academy Awards after his passport was cancelled by his country’s government.

Khaled Khatib, a Syria Civil Defence volunteer, worked as a cameraman on The White Helmets, a film about the Syrian Civil War which is nominated in the Best Documentary Short category.

The 21-year-old filmmaker had been issued a visa to attend the ceremony, and was due to arrive in Los Angeles on Saturday on a Turkish Airlines flight from Istanbul, the Associated Press reported.

However, his travel plans were scuppered when US officials said they had found “derogatory information” on the young Syrian – which, as AP reports, is a broad category that can include anything from terror connections to passport irregularities.

In a statement shared on Twitter, the Syria Civil Defence said Khatib was not able to travel to the Oscars as his passport had been cancelled by the Syrian regime.

“After 3 days at airport, not allowed to travel to #oscars2017 – had US visa – but passport not accepted,” Khatib tweeted.

“Sad, but important work to do here.”

Raed Saleh, the leader of the Syria Civil Defence, had also received a visa specifically for the ceremony but said he could no longer attend due to “intense air strikes” across Syria.

Khatib and Saleh are not the only ones who won’t be attending this year’s awards. Iranian director Asghar Farhadi has stated he will not be present at the ceremony, in response to President Donald Trump’s visa ban earlier this month.

Iran was one of the seven Muslim-majority nations that Trump banned from travelling to the US.

Although the ban was lifted by a federal judge, Farhadi, whose movie The Salesman is nominated for Best Foreign Language Film, said he would still be boycotting the event.

Two prominent Iranian-Americans, Anousheh Ansari, the first female space tourist, and Firouz Naderi, a scientist who spent more than three decades at NASA, will instead be representing Farhadi at the ceremony.