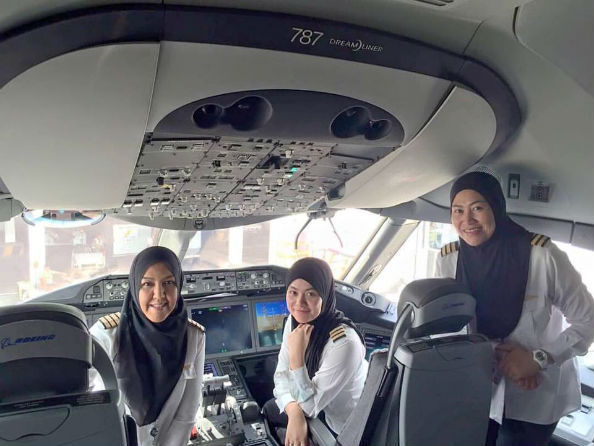 Feminism has been really taking off over recent years in the region, and this time it’s in the form of the all-female flight deck crew for Royal Brunei Airlines, who’ve flown and landed a plane from Brunei to Jeddah in Saudi Arabia.

This is a pretty remarkable feat, considering that a lot of women in Saudi Arabia are still restricted from driving cars.

This happened just three years after Captain Czarena became the first ever female captain of a flag carrying plane in Southeast Asia. Talking about the flight to Jeddah with The Independent, Captain Czarena said: “As a woman, a Bruneian woman, it is such a great achievement. It’s really showing the younger generation, or the girls especially that whatever they dream of, they can achieve it.”

Speaking to MailOnline Travel, she said: “Our National Day theme was ‘Generation with a Vision’ and we as a team felt truly proud to be representing just that.

“Statistically, aviation is still male-dominated, however the positive trend of women in the industry is very encouraging and I am hopeful it can only get better. This achievement of ours will hopefully make girls and women realise that pursuing a career in aviation is possible.” 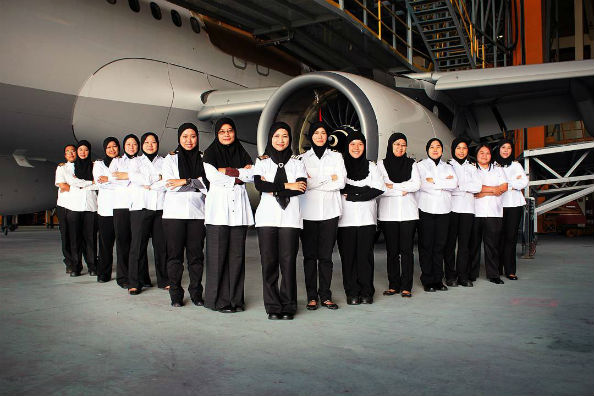 They aren’t the only all-female crew to have flown a plane though. For Women of Aviation Worldwide Week, a number of airlines including the likes of Air Canada and Air India operated long-haul flights staffed by female flight crews.

Royal Brunei Airlines have been taking steps to try and encourage more women to pursue careers in aviation, having introduced an aircraft engineer apprentice program for both men and women.