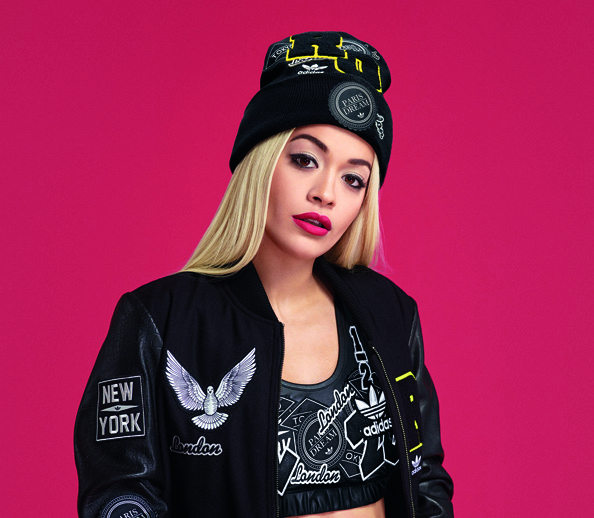 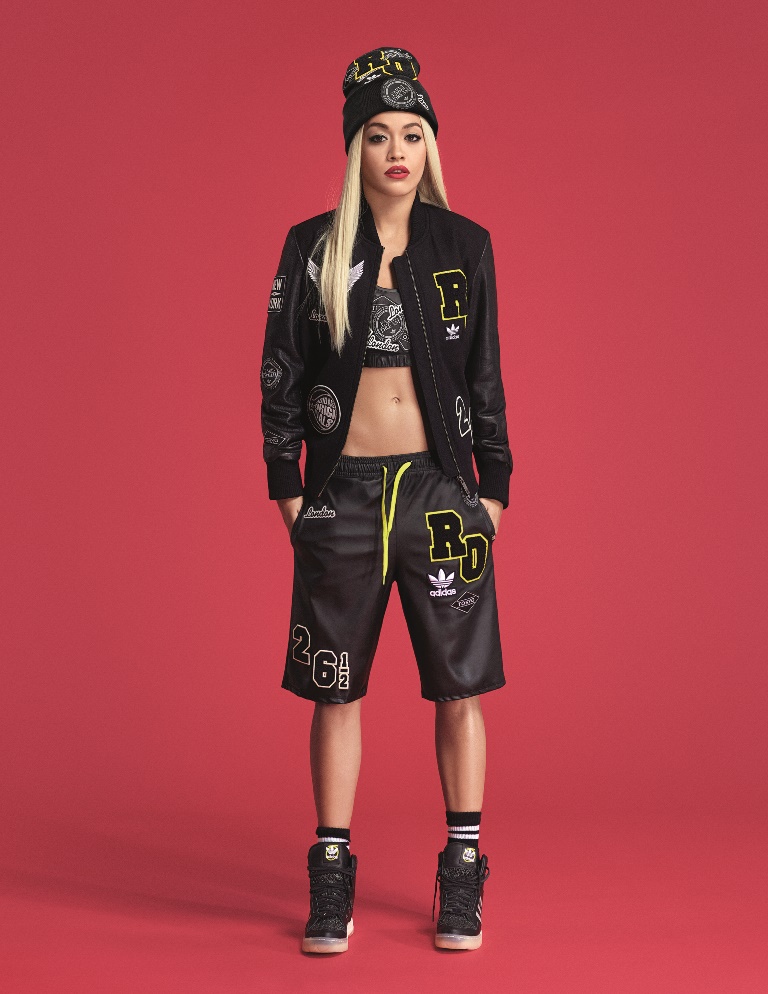 She may be British but London-born music artist Rita Ora is renowned for her New York-esque sporty street style, which makes it no surprise that Adidas Originals poached the singer, who is signed up by Jay-Z‘s label Roc Nation, to collaborate on a limited edition collection titled Blacker Than Night.

Blacker Than Night is sold exclusively through selected Adidas Originals stores and boasts its own “supernatural glow” ensuring it stands out from the other celebrity collaborations. The trainers are as slick as it gets with supple leather that makes a statement with glow‐in‐the‐dark tooling. Flashes of Rita Ora’s signature yellow also brings out the details against glow‐in‐the‐dark reptile prints on micro‐knifed 3D scaled uppers.

With a figure to die for, including killer abs – seriously, what is her secret? We need to know – the singer, who is of Kosovar-Albanian heritage is the perfect model for the eccentric collection.

Rita said of her on-trend collection for Adidas Originals, which is the perfect blend of sports luxe and street chic: “The collaboration came about through mutual love and appreciation. I have always been a fan of Adidas Originals and respect what they stand for in their fearlessness and originality. I worked very closely with Adidas Originals to put a personal touch in every piece with connections to my music, my career and my life. I’m really proud of the collection and beyond excited for my fans to get their hands on it!” 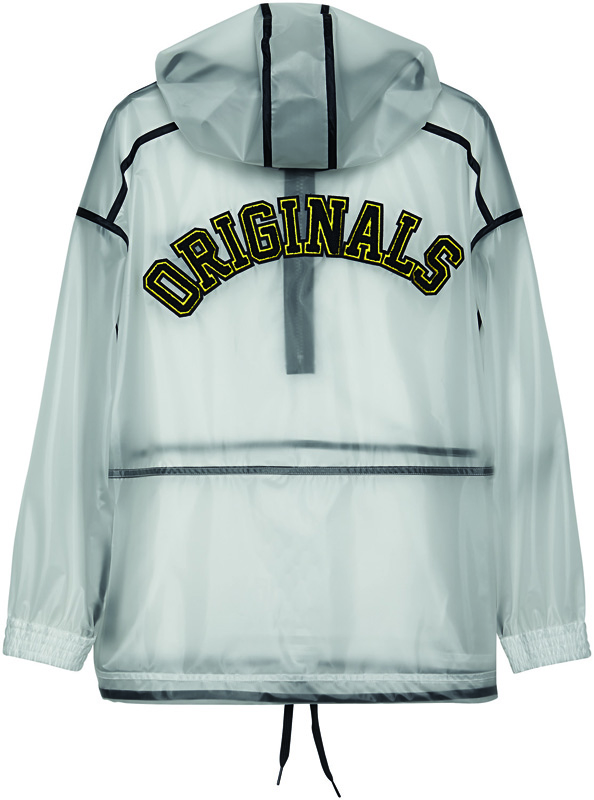 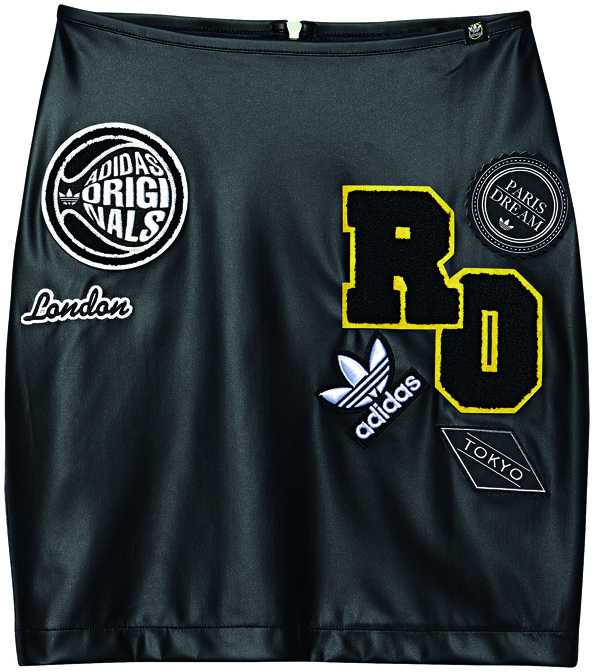 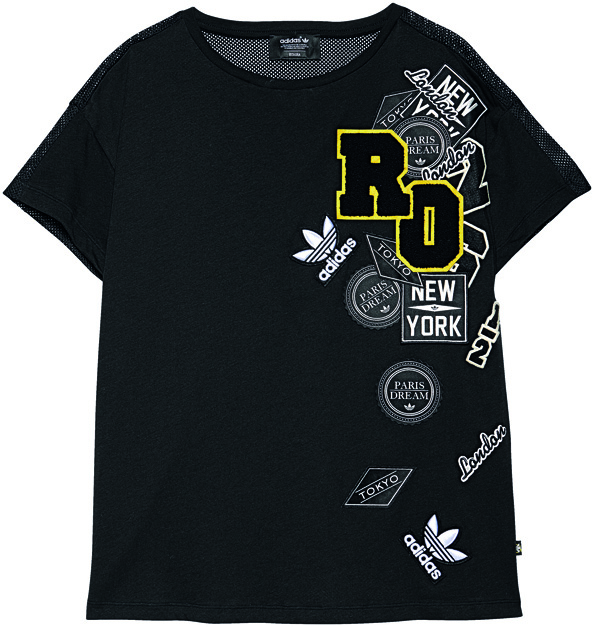 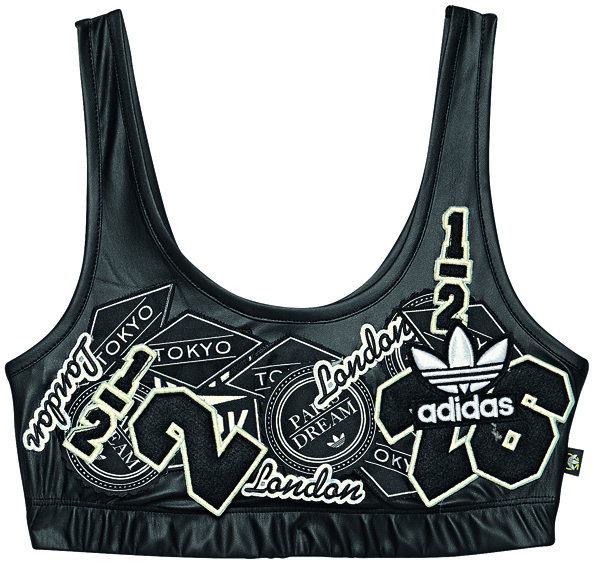 Blacker Than Night features many pieces that have become synonymous with Rita’s personal style from an American-style bomber jacket emblazoned with patch badges to leather crop tops (to show off those abs, of course!), fitted pencil skirts and wooly beanie hats.

Rita Ora shot to fame in 2012 thanks to her number one single Hot Right Now, which she worked on with with drum and bass producer DJ Fresh. Despite being a music sensation in the UK and USA she has only released one studio album to date, Ora. Her infamous celebrity relationships and inspirational fashion sense has further helped thrust her in the spotlight making her a worldwide superstar.

Blacker Than The Night by Rita Ora for Adidas Originals is available at select stores across the UAE.