The rise of Saudi Arabia with The Red Sea Development Company 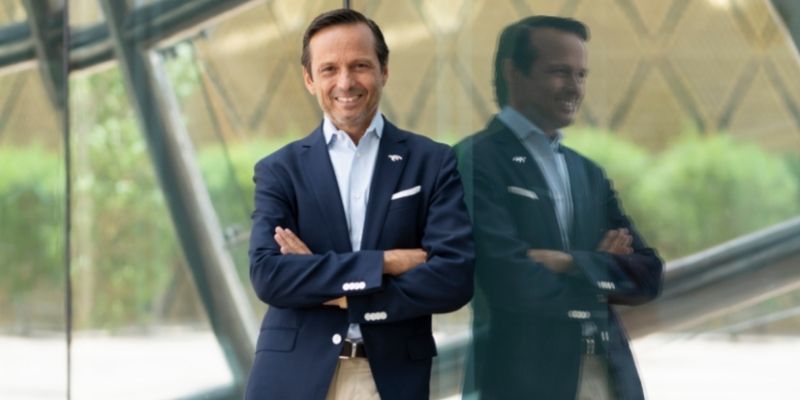 John Pagano, the CEO of The Red Sea Development Company and Amaala, is playing a crucial role in determining the kingdom’s future spot on the global luxury tourism map.

In 2017, John Pagano was made an offer he could hardly refuse. It was none other than Saudi Arabia’s Crown Prince, Mohammed Bin Salman, who asked the veteran property developer to come on board and lead the kingdom’s flagship Red Sea Project. “When I was approached about coming to Saudi Arabia, at first I wasn’t that interested. But they persuaded me to come. I met His Royal Highness, and I was honoured to have the future sovereign of this country directly ask me to lead what is a very near and dear project to him. It wasn’t just the project that attracted me as much as the effect that the project would have on helping transform the country and to bring it into a [new] era,” says Pagano. 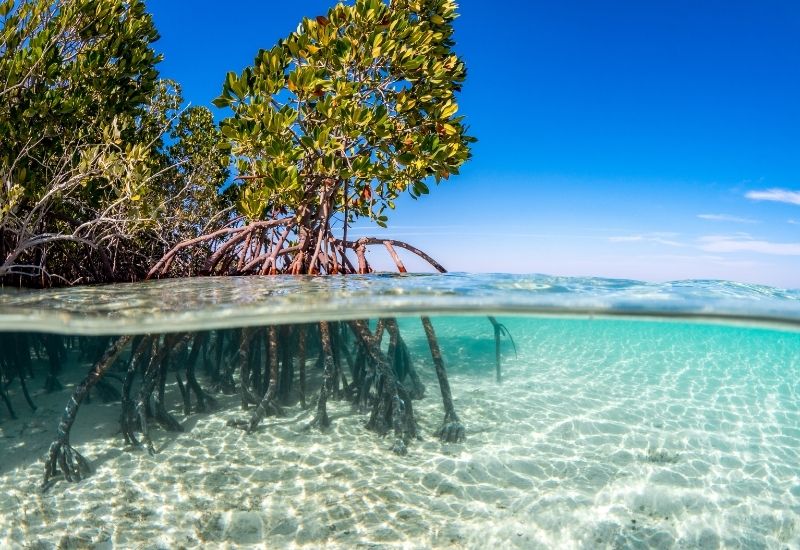 Pagano is the CEO of The Red Sea Development Company (TRSDC) that is spearheading the regenerative tourism mega Red Sea Project, which is a part of the kingdom’s Vision 2030. The development, aimed at attracting UHNWIs to a country with an enormous and vastly untapped potential for tourism, will have its own airport, ultra-luxury hotels and cutting-edge mobility solutions – spread out across 28,000 square kilometres. For scale, that’s a little smaller than Belgium.

The former director of London’s Canary Wharf, who saw the London development project from its inception in the Margaret Thatcher era and spent 23 years with the group, was already retired when he was approached to lead TRSDC. While the Red Sea Project is its current flagship, Pagano’s didn’t get involved just to execute a single project, but rather create a regional real-estate giant. “The Red Sea Development Company is not a project company. It was never intended to be just the Red Sea. I wanted to build a real estate champion for the kingdom, to be able to not only do the Red Sea, but other projects starting domestically – Amaala is the manifestation of that vision – regionally, and potentially globally too.”

In January this year, following the roaring success that the under-construction Red Sea Project has already enjoyed, he was additionally appointed as the CEO of Amaala – another ultra-luxe project located further up the Western coast of Saudi Arabia. More on that soon, but first the Red Sea.

The first phase of construction at the Red Sea Project is well underway. The team aims to deliver 16 hotels, of approximately 3,000 hotel rooms, an international airport, and a new village to house the approximately 14,000 people that are going to live and work at the destination. “We hope to complete the first few hotels at the end of next year, and then the balance of that phase by 2023,” says Pagano.

While the scale and the ambition of the project is impressive, its trump card really will be its positioning as a global reference regenerative tourism project. There were conservation scientists, rather than just engineers and architects, who were brought on board at the earliest stages of the project. “The islands that we chose to develop on were borne out of a very detailed planning exercise which was to create a computer simulation, where we divided up the entire lagoon into 30,000 squares assigning a conservation value [to every square].” Each island was therefore assigned a conservation value, and the islands where construction would have the least impact on its flora and fauna were selected for development. As Pagano explains, there are 90 islands that are a part of the Red Sea development, with plans to build on no more than 22 of them – leaving 75 per cent of the islands untouched.

Sustainability was a waypoint, regeneration is the goal. “Sustainability is simply distilled down to not making a mess of the place, whereas regeneration seeks to leave the place meaning better than when you arrived. The goal we set for ourselves was to actually increase the conservation value of the destination by 30 per cent over the next couple of decades.” 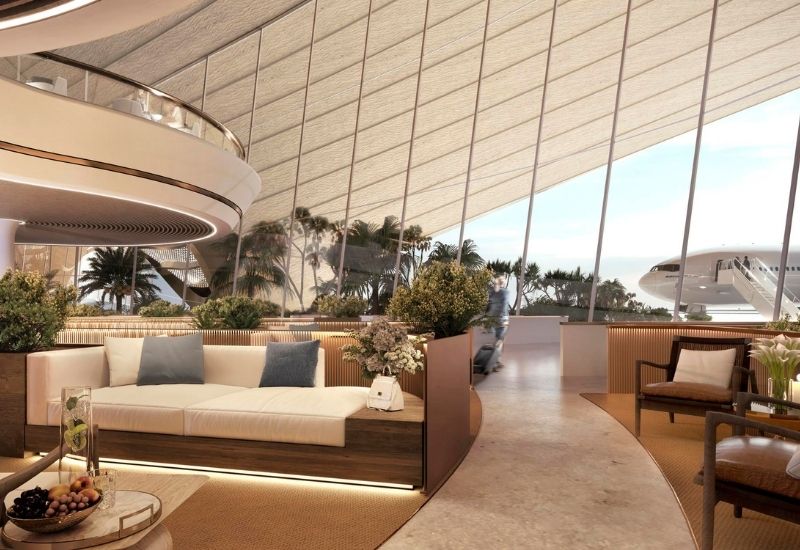 For an area that is rich in marine biodiversity, mangroves, seagrasses and marine life including the critically endangered Hawksbill Turtle and green turtles, it’s difficult to understate the importance of regenerative tourism in this area of the kingdom. As part of the regenerative tourism concept, Pagano says that while the area can accommodate 10 million visitors a year, he will be limiting it to a million visitors, “based on our environment-caring capacity.” The 75 per cent of the islands on which construction will not take place will be set aside as conservation areas, to which access will be restricted for guests visiting the area. “There is an island called Al-Waqadi which is a favourite nesting site for turtles. We’ll bring people there to experience it, but under very strict and controlled conditions.”

[[DROP CAPS]] Amaala, the project that now Pagano is directly overseeing, differs from the Red Sea Project in its mandate. “Our focus at the Red Sea is primarily on nature, ecotourism and sustainability. The main focus for Amaala is on arts and culture, and a very strong emphasis on wellness,” explains Pagano. The first phase of development at Amaala, consists of six hotels and roughly 1,000 hotel keys, the construction of which is expected to be completed by the first quarter of 2024. “Subsequent phases will be built out by the end of 2025, and then ultimately the entire project by the end of 2027 which in the aggregate will be about 3,000 hotel rooms across around 25 hotels.”

Between the Red Sea and Amaala, Pagano will deliver around 11,000 hotel rooms. If you think that’s an unreasonable amount, he cites an example of an area of roughly only 50 kilometres along the French Riviera, including Nice and Cannes, which has around 40,000 rooms between them.

In a bid to attract tourist by the droves, Saudi already introduced its first international tourism e-visa in September 2019, and by March 2020 said that it had issued more than 400,000 tourism visas. While Saudi, under the leadership of the current crown prince, has taken several steps to modernize its approach to societal and cultural rules, Pagano says that special economic zones within the Red Sea and Amaala will serve a similar end. “These special economic zones allow us to create a business-friendly regulatory environment to attract investors. In addition, it allows us the ability to have more relaxed social norms and we can have different rules that apply within the zone.” 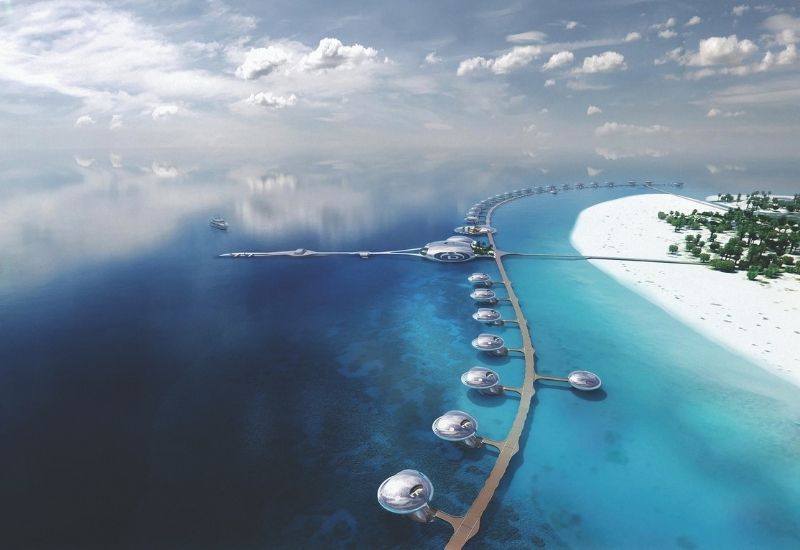 Both the Red Sea Project and Amaala are financially backed by the Public Investment Fund, the country’s sovereign wealth fund. “With the Red Sea, our equity is committed, so we have the capital to build the first phase. I am signing a debt financing package raising SAR14.1bn. I’ve awarded SAR15bn, including a PPP contract [with the Acwa Power consortium]. To date, I’ve already spent SAR4.5bn.” Pagano’s PPP contract signed with Acwa Power last year was a monumental one. “The consortium will build our utility infrastructure, including power, white water, water wastewater, municipal waste and district cooling. The power is 100 per cent renewable energy – the largest tourism destination in the world to be powered exclusively by renewables. We’re building the largest battery storage system in the world too. We have the largest district cooling plant, powered by renewable energy in the world,” says Pagano.

Amaala, is a smaller-scale project, and the equity for it has already been committed by PIF. “In time, we’ll be tapping the debt markets to raise debt financing. We’re looking and talking to green mobility providers to provide terrestrial, air and marine mobility solutions for the destination.”

Together, the Red Sea and Amaala are poised not just to become a magnet for tourists over the course of this decade, but are being conceived as a means to transform the trajectory of a country where around two-thirds of its population is currently under the age of 35. “For me, [the projects] are about bringing a new generation of young Saudis into not only the tourism industry, but also the real estate and development space. One of the greatest prides I have is that we launched an elite graduate programme where we’re hired 30 people last year, trained them and they became full-time employees. We did it again this year. Last year, we had 16,000 applications for 30 places. This year we had 23,000 applications. For me, the greatest satisfaction I would have is for these young Saudis to really grow and become the leaders of this business taking it forward.” The Saudi Crown Prince knew precisely back then the ramifications for his kingdom of the offer he made to Pagano.

Emirates Man
Jaeger-LeCoultre will debut an impressive exhibition in Dubai this week
January 30, 2023