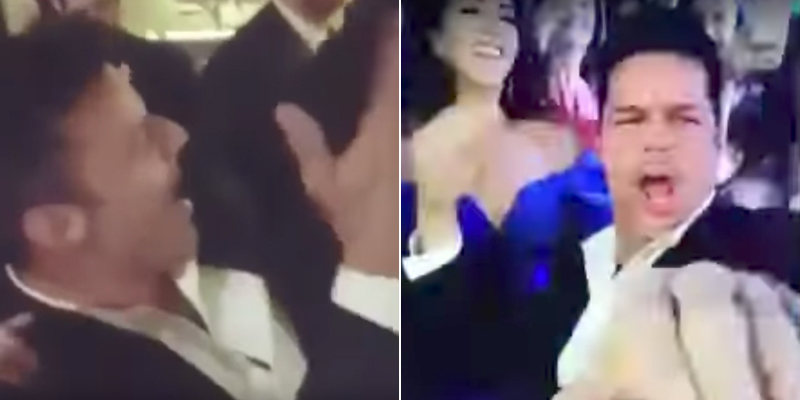 He was Livin’ La Vida Loca to these Arabic tunes.

It’s been more than 30 years since he rose to fame with his Latin sashays and smooth vocals.

And Ricky Martin has now proved he’s also mastered some Arabic moves, after he was captured getting down on the dance floor at a recent wedding.

The Private Emotion crooner attended the LA-based nuptials of a Syrian couple called Maya and Ralph, Al Arabiya reports, and looked to be really getting into the spirit of things.

Want proof? Just check out these clips of him having a boogie:

The Puerto Rican star was quite the life and soul of the after-party, if this is anything to go by.

One of the tunes he got down to was Lebanese singer Tony Hanna’s Man Sharrada Le Alghazala, according to Al Arabiya, while the DJ also popped on Martin’s own track Ole Ole Ole later in the night.

Read:
These throwback wedding photos from Middle Eastern royals are beyond beautiful
Hold Up, This Might Be Michael Cinco’s Most Stunning Wedding Dress Yet

From the hand gestures to the footwork, he’s really got Middle Eastern wedding-style dancing down to a tee.

Martin last appears to have visited the UAE in 2015, but we’re tempted to invite him back for all the winter weddings in our diary…

In #Dubai for a couple of days. Next stop #Madrid