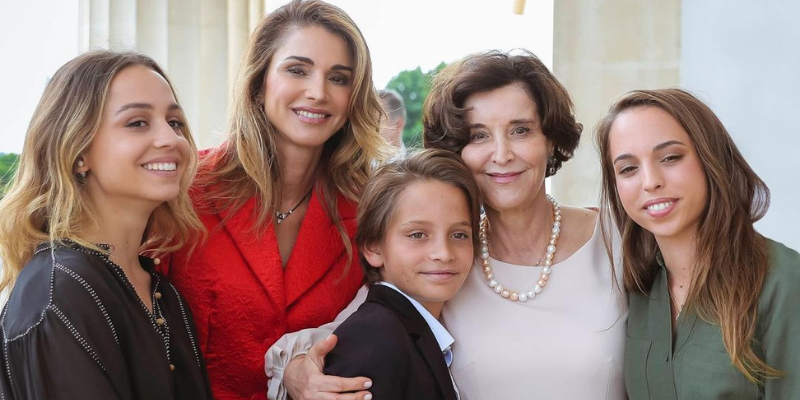 To mark Mother’s Day this year, Queen Rania has shared a sweet tribute to her mother and all mother’s around the world.

The Jordanian royal posted a previously unseen photo taken from a few years featuring three generations in the family, including herself, three of her four children – Princess Iman, Princess Salma and Prince Hashem – and her mother, Ilham Yassin.

Captioning the post, Queen Rania sent love and prosperity to all those who are mothers.

“May your lives be filled with the love that you have brought into ours… Happy Mother’s Day to my mother and all mothers,” she said in the caption of the photo.

This post by Queen Rania comes a few weeks after she and King Abdullah II of Jordan visited the UAE to be presented with a prestigious award.

Being recognised for their humanitarian efforts, the royal couple received the Zayed Award for Human Fraternity at the Founders Memorial ceremony in Abu Dhabi.

Having contributed towards building a more peaceful environment, Queen Rania is known for passionate advocacy towards refugees’ rights and philanthropic initiatives that promote education, equality and a better quality of life. Both her efforts and her husband’s humanitarian efforts were recognized by the UAE.