Not one to hold back on her political thoughts, Queen Rania took to social media at the weekend to criticise French satirical paper Charlie Hebdo.

The disturbing illustration was in reaction to the sex attacks in Germany on New Year. In Cologne alone it is reported more than 500 cases of violence were filed. While not all reports were sex attacks, awful stories of women running a gauntlet trying to avoid being molested by alleged young refugee men sparked outrage across the globe.

In reference to these attacks, the cartoon published in Charlie Hebdo seemed to allude that the children who drowned in their attempts to find refuge with their family would have grown to be unsavoury adults. 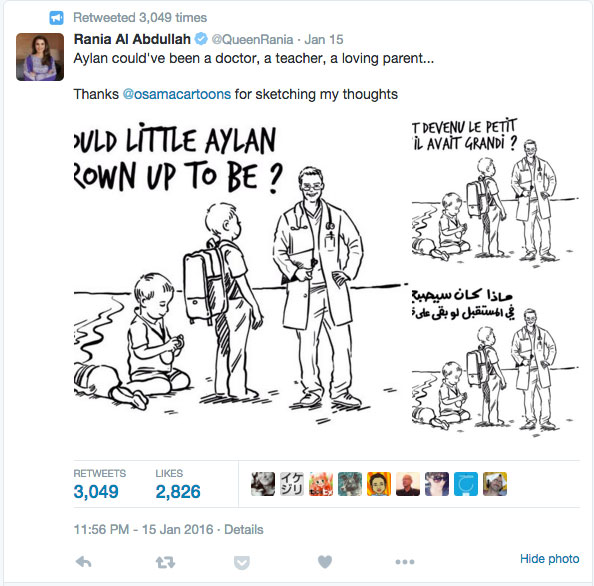 This naturally infuriated many with Queen Rania taking to social media with her version of the cartoon.

Her Twitter feed picture, which ran in Arabic, French and English, showed the young child having grown up to become a doctor.

The text read: “Alan could’ve been a doctor, a teacher, a loving parent. ” The post has been retweeted over 3,000 times and favourited 2,800 times. 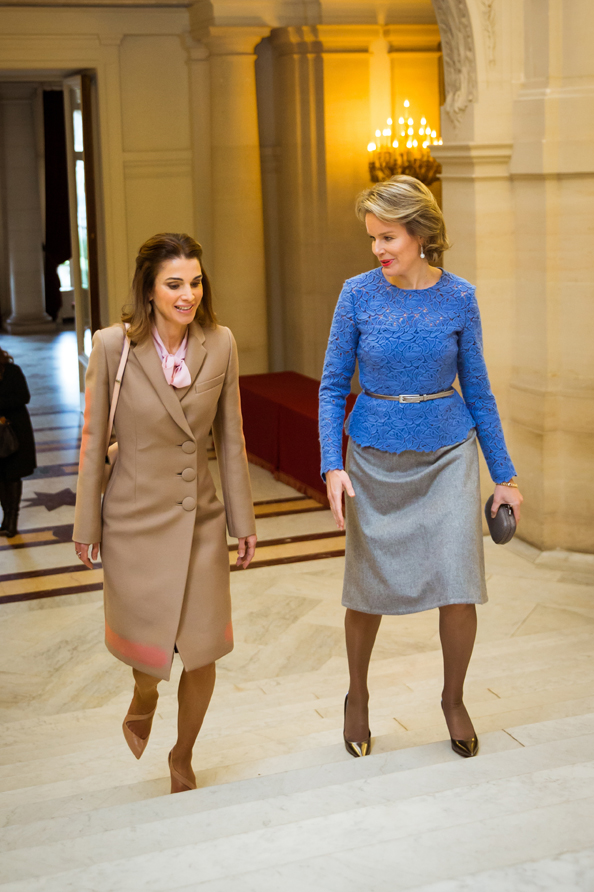 Queen Rania has recently been in London’s Downing Street meeting with David Cameron and Brussels where she has been discussing the Syrian refugee crisis. She met with Queen Mathilde of Belgium and discussed  Jordan’s international support for an education system, which has seen around 150,000 Syrian students enrolled into the country’s schools.

According to a royal source: “Her Majesty’s meetings focused on showcasing the struggles Jordanian citizens face in cities that are densely populated by Syrians. She highlighted the impact the crisis has had on Jordan’s resources, infrastructure, and especially schools, which have enrolled 150,000 Syrian students.” 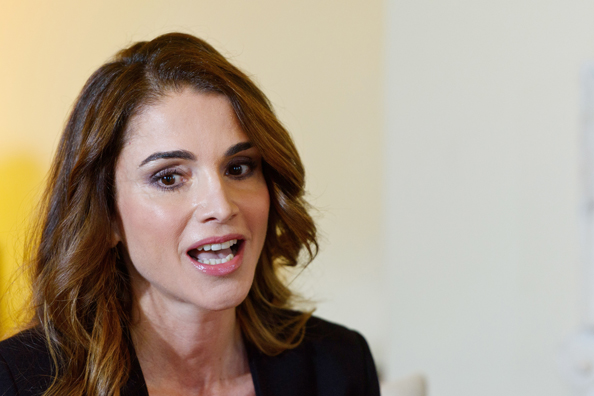