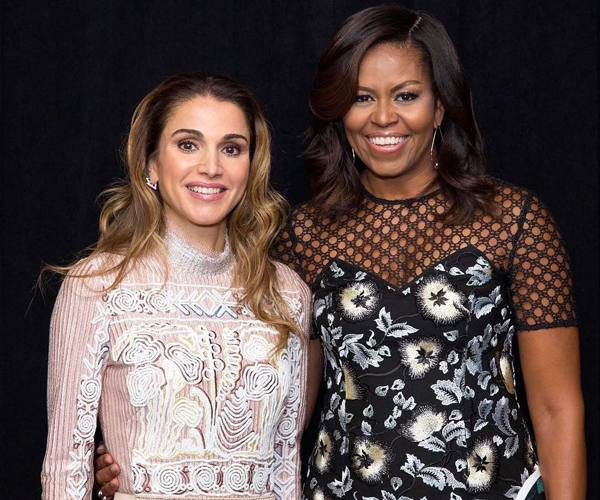 The Jordanian royal praises the ever-inspirational Michelle Obama as she prepares to leave the White House.

She was easily one of the most beloved First Ladies of all time, and it sounds like Queen Rania Al-Abdullah will miss her as much as us.

The Jordanian royal has posted a tribute to Michelle Obama on Instagram as the FLOTUS gets ready to wave goodbye to the White House.

Former President Barack Obama and his wife are due to move out of the Washington residence on Friday to make way for incoming Republican Donald Trump.

The pair have left a lasting legacy on the US, with Michelle particularly making an impact with her healthy eating and girls education programmes.

Read:
Is Queen Rania Your Hair Hero? Well, Here’s How To Copy Her Look
A Year In Style: Queen Rania’s 15 Best Looks From 2016

The latter is something that she appears to have bonded with Queen Rania over, as the Jordanian royal is a dedicated educational campaigner.

Sharing a photo of herself with the “exceptional First Lady”, Queen Rania said she was looking forward to what Michelle had in store.

“Looking forward to the next chapter in your life and the inspiration you will bring to girls’ education,” she captioned the image, which has already received tens of thousands of likse in just a few hours.

“Watch out world – you haven’t seen the best of this woman.”

The Obamas hosted King Abdullah II of Jordan and Queen Rania back in 2009, where the First Ladies enjoyed a one-to-one in the Oval Office.

Let Girls Learn is a global initiative launched by Michelle Obama to help give girls everywhere greater access to education. 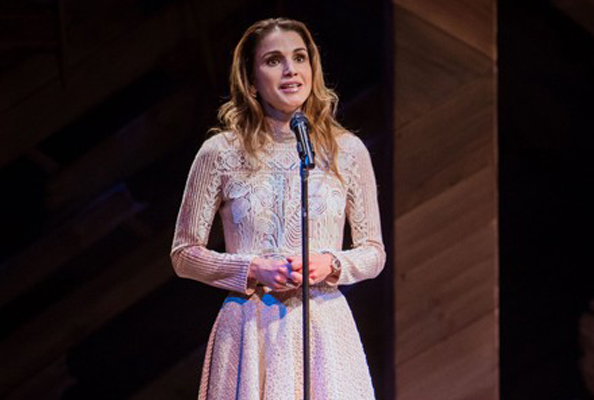 “I cannot remember a bleaker, or more heartbreaking time in my region,” the Queen told attendees.

“What gives me hope is that—despite the traumas they’ve been through—so many girls in my region refuse to let conflict define their lives. Rather, they defy it.”

Let’s hope we see these two women championing more worthy causes together in years to come.