Queen Rania Has Just Been Named A Global Trailblazer 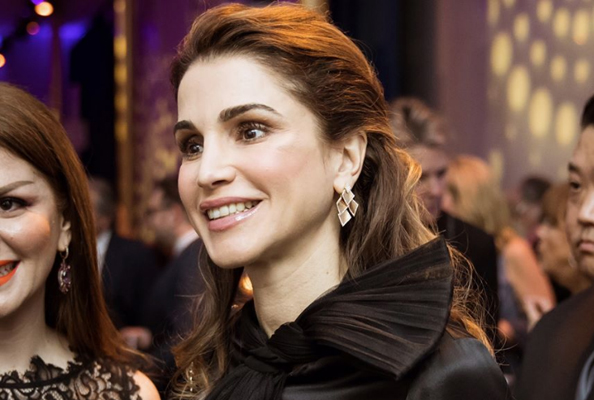 And her acceptance speech calling for more female empowerment is a must-listen.

When it comes to stirring addresses on the role of women in the world, this one’s just zip-lined its way into our top five of all time.

Queen Rania Al-Abdullah of Jordan received the Global Trailblazer award during a recent ceremony in Washington DC, and she used the platform to urge the audience to recognise the potential and promise of Arab women.

The trophy, given to the royal at the Vital Voices Global Leadership Awards ceremony in the States, is designed to honour female leaders working in economics, politics, and human rights.

Read:
This Dubai Royal Could Be Your Pilot On Your Next Emirates Flight
Is Lindsay Lohan Launching A Modest Fashion Line?

Queen Rania took to the stage in a chic pussybow blouse, and delivered the following speech:

The entire thing is a must-watch, but the part where the royal called upon the crowd to fight prejudices was particularly moving.

“One of the ways each of you can help is by challenging preconceptions. Resist the easy stereotypes attached to Arab women: pitied as helpless and submissive on the one hand, labelled as threats on the other,” the Queen said.

“For me, as a woman, an Arab, and a Muslim, I take this issue personally.”

Stressing the importance of empowering women in the Arab world at the @VitalVoices Global Leadership Awards in Washington DC #GLA17 pic.twitter.com/rIQ7OHJa2a

Read:
Is Queen Rania Your Hair Hero? Well, Here’s How To Copy Her Look
A Year In Style: Queen Rania’s 15 Best Looks From 2016

“Let us celebrate the power of women to connect across lines that divide, because women do more than blaze new trails: we cultivate common ground,” said Queen Rania in her acceptance speech. “And that is the ground on which progress will blossom.”

The royal admitted there is still a long way to go, writing on Twitter after the awards: “Women across the Arab world are lifting the lamp of enlightenment high. But this progress is being held back by conflict and instability.

“My region is home to three of the four worst humanitarian crises in the world. Women didn’t create these crises, but they are bearing their brunt.”

However, said Queen Rania, education can pave the way for progress, adding that the key is to”combat those who destroy and invest in those who can create”.

Changing our reality is up to us. As Arabs, we must fight for our own future. But each of you can help too, by challenging preconceptions

“Everything we seek for our region’s future depends on women being full participants and, increasingly, women being at the forefront.”