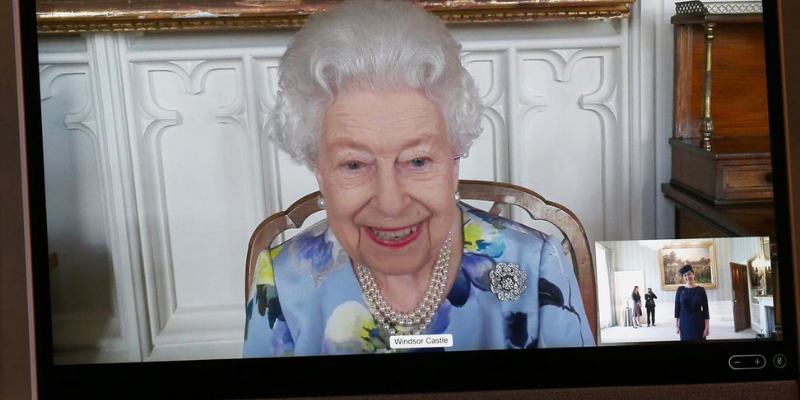 A little over a week after Her Majesty Queen Elizabeth II’s husband, Prince Philip, was laid to rest, she has made her first public appearance.

Continuing to be mindful of the COVID-19 pandemic, Her Majesty made two virtual appearances to converse with the ambassadors of Lativa and Ivory Coast – she was based in Windsor, while they were at Buckingham Palace in London.

A photograph of the Queen on a Zoom call was shared on Instagram as she virtually met with Ivita Burmistre, the ambassador from Latvia, and Sara Affoue Amani, the Ivory Coast ambassador.

They both presented the Letters of Recall of her predecessor and Letters of Credence to the Queen.

Following her period of mourning, the Queen was seen wearing a light blue coloured dress with floral detailing and paired it with a set of pearls.

The meeting took place 10 days after the Duke of Edinburgh’s funeral on April 17. He had passed away eight days prior on April 9.