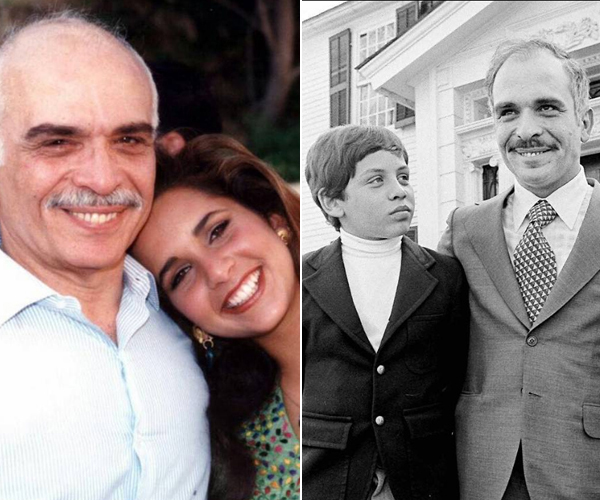 King Hussein’s daughter and daughter-in-law mark the anniversary of his passing with heart-wrenching social media posts.

Two Middle Eastern royals have shared touching tributes to the late King of Jordan on the anniversary of his death.

“The father of all Jordanians forever in our hearts,” said the royal, who is married to HH Sheikh Mohammed bin Rashid Al Maktoum, Vice President and Prime Minister of the UAE and Ruler of Dubai.

Read:
Royals Of Jordan Bring A Middle East Perspective To The White House
Is Queen Rania Your Hair Hero? Well, Here’s How To Copy Her Look

King Hussein bin Talal, who ruled Jordan from 1952 until his passing in 1999, was “an extraordinary and immensely charismatic persuader for peace”, according to former British Prime Minister Tony Blair.

He was succeeded by his son, King Abdullah II bin Al-Hussein, whose wife – Queen Rania – shared her own tribute to her late father-in-law on Instagram.

“Not a day passes that we do not remember you with pride,” wrote the royal, along with a photo of King Hussein. “Your generosity and resolve are values that stand strong in our hearts.”

King Abdullah II and Queen Rania recently returned from the US, where the Jordanian ruler was the first Arab leader to hold in-person talks with the Trump administration.

Read:
A Year In Style: Princess Haya’s 10 Best Looks From 2016
‘Kids Need To Get Dirty To Have Fun’: Princess Haya Talks Family Life In Candid Interview

According to a statement from the White House, the president thanked the King for his leadership in promoting peace and stability in the region, and emphasised Jordan’s essential role in serving as a “model of tolerance and moderation”.

After the breakfast, King Abdullah delivered a speech in which he urged political and religious leaders to “stand together to get the job done”, the Jordan Times reported.

“Among its many beautiful gifts, Islam, as with other faiths, commands mercy and tolerance, calls on us to honour the dignity of every person, forbids coercion in religion, and demands respect for the houses of God,” he said.

“Yet there is ground on which we can stand that doesn’t shift, that cannot shift — the unchanging spiritual values we share. Tolerance, mercy, compassion for others, mutual respect — these principles unite and strengthen a civilised world.”