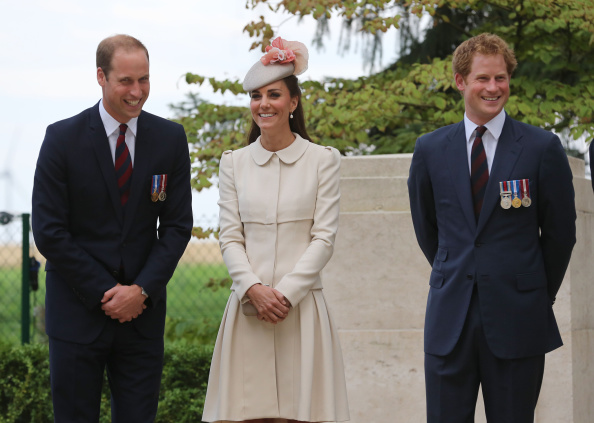 Despite rumours of a dispute over privacy within the royal family, we can reveal that Kate Middleton is pregnant, expecting her second child with her husband Prince William.

There has been much speculation from tabloids about Kate Middleton’s pregnancy with one publication, The Globe, going so far as to incorrectly announce the news way back in August 28, even alleging the Duchess of Cambridge had suffered a miscarriage before hand. The publication wrote: “Happy tidings! Prince Williams’ wife Kate is pregnant just 10 weeks after suffering a heartbreaking miscarriage, according to a source close to the Duchess.”

Celeb Dirty Laundry also claimed Kate suffered a miscarriage and that the royals insisted the news be kept private, suggesting Kate had a feud with Prince William’s grandmother, Queen Elizabeth – “There are battles brewing between Kate Middleton and Queen Elizabeth that they need to do a better job of keeping hushed than say, a Kardashian would! Normally at the end of every summer Kate Middleton’s and Prince William’s presence would be expected at Balmoral Castle in Scotland…It seems that there was a last minute change in plans and Kate Middleton has been spotted out and about shopping in London instead.”

However, shooting down the typical tabloid fodder, royal officials at Clarence House proudly announced: “Their Royal Highnesses The Duke and Duchess of Cambridge are very pleased to announce that The Duchess of Cambridge is expecting their second child. The Queen and members of both families are delighted with the news.” 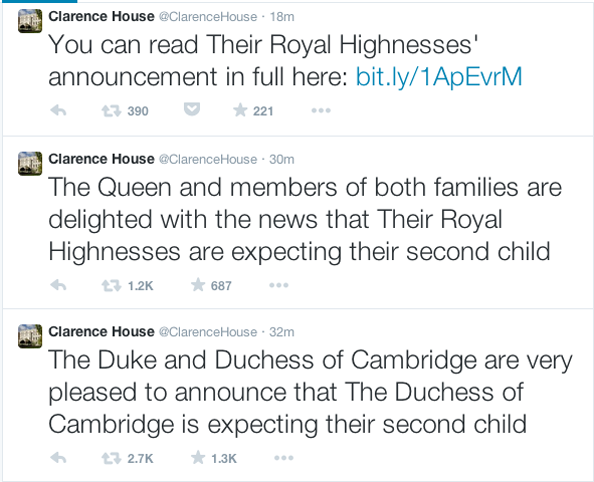 Unfortunately, as with her first pregnancy with the gorgeous Prince George, who was born on July 22, 2013, Kate has been unwell, thus will be unable to attend to her royal duties with her husband. The royal officials added:  “As with her first pregnancy, The Duchess is suffering from Hyperemesis Gravidarum. Her Royal Highness will no longer accompany The Duke of Cambridge on their planned engagement in Oxford today. The Duchess of Cambridge is being treated by doctors at Kensington Palace.”

The timing of the news makes for a lovely 30th birthday present for proud uncle Prince Harry who turns 30 on September 15. We can’t wait for little George to have a brother or sister, or even both – there are rumours of twins, but hey we can’t always believe the tabloid rumour mill… watch this space (nine-month long space)