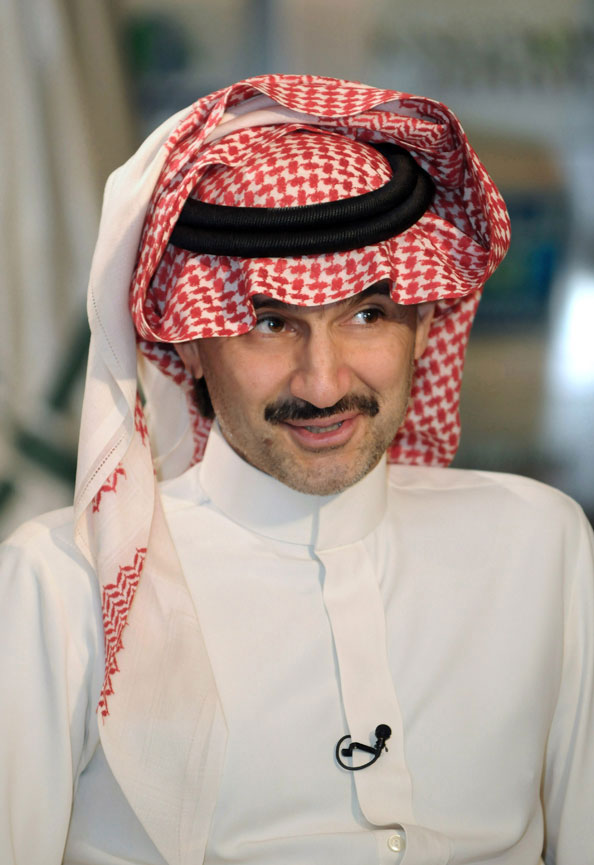 While you might think offering to bail some one out is a friendly gesture, it was anything but. Prince Alwaleed bin Talal and Donald Trump have been at loggerheads with each other ever since Trump insisted that if he became president of the United States he would ban Muslims from entering the country.

At the time Prince Alwaleed bin Talal responded to the controversial frontrunner for the Republican nomination, tweeting: “You are a disgrace not only to the GOP [Republican Party] but to all America. Withdraw from the US presidential race as you will never win.”

Their feud was reignited when Trump retweeted a badly Photoshopped image showing the prince with Fox News host Megyn Kelly, calling him a co-owner of the network. He is only a minority shareholder. 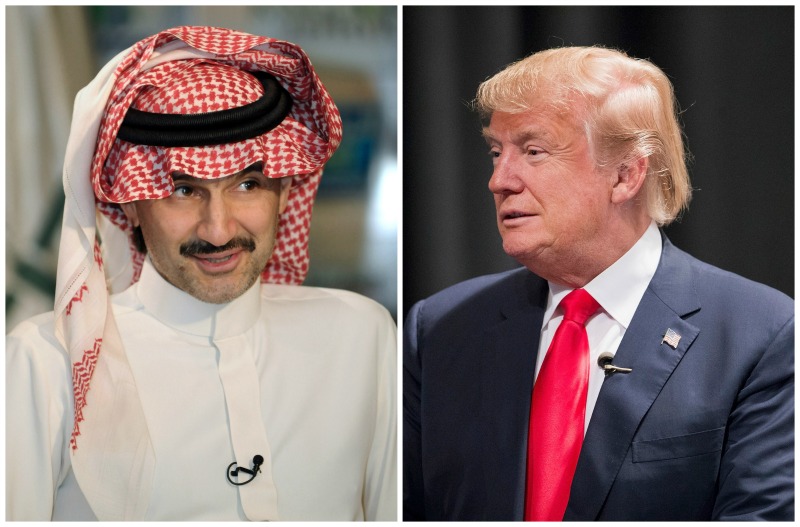 Why  does it matter? It seems Trump is insinuating that Fox News‘ political commentator Megyn Kelly grilled him so aggressively because of the network’s ties with the Saudi national.

Related Story: Donald Trump Is Back In Dubai 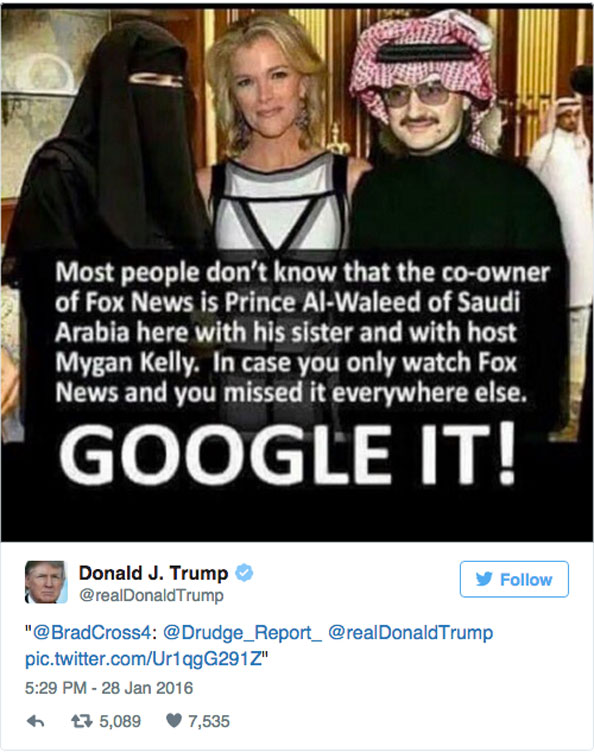 We’re guessing Trump didn’t expect his rival to hit back, but he did so with gusto with the Prince, tweeting: “You base your statements on photoshopped pics?I bailed you out twice;a 3rd time,maybe?” The comment included links to news stories revealing that Prince Alwaleed bin Talal bought Trump’s yacht back in 1991 when the Apprentice star was in debt. The second link revealed how he also bought New York City’s Plaza Hotel from Trump in 1995. According to The Huffington Post: “As part of the deal, bin Talal paid off Trump’s debt on the hotel in what the New York Times said was ‘a defeat for the real estate developer.'”

While the feud is the second triumph for bin Talal, we don’t think this is the end…