Take a peek inside Dubai’s most expensive penthouse 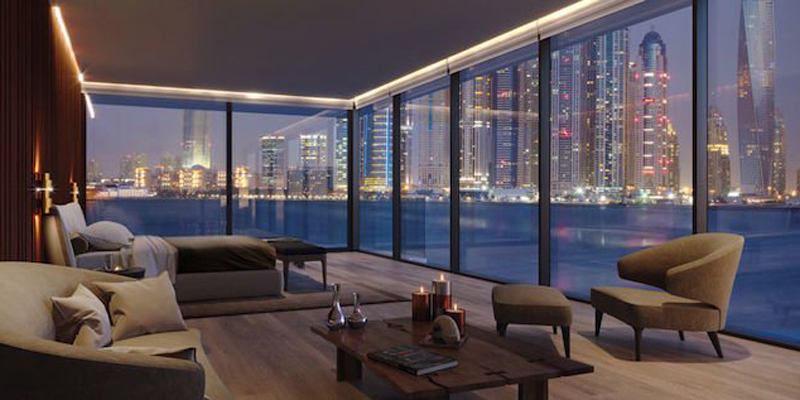 The new owner has requested one small addition…

A penthouse on The Palm has just sold for a cool Dhs102 million, becoming the most expensive apartment sold in Dubai this year.

The triplex penthouse (which is a fancy way of saying it has three levels) is located at the luxury One Palm project by Omniyat on the eastern tip of the Palm Jumeirah’s trunk, and is scheduled to be completed in 2018. 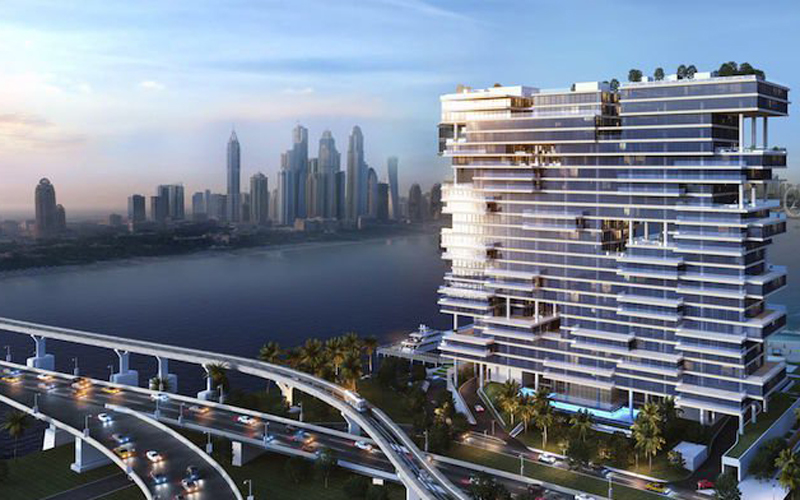 Spread across 29,800 square feet, the apartment features several living areas, five en-suite bathrooms, and almost 11,500 square feet of exterior space – including multiple balconies and a rooftop area. Which sounds absolutely delightful for a spot of entertaining. 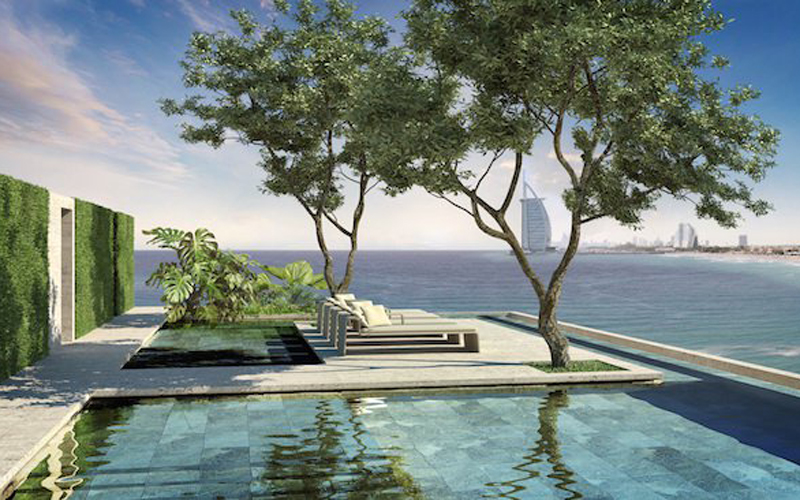 Read:
This Dhs219 million villa on The Palm comes with its own nightclub…
This Palm Jumeirah Penthouse Might Be The Home Of Our Dreams

The lucky owner, whose identity is unknown, has made one small request, however – that a custom-built, 20-metre lap pool be added to the rooftop. Hey, when you’re shelling out that much cash, you might as well get exactly what you want.

According to the developers, when finished, it will be one of the highest and most private swimming pools in Dubai. 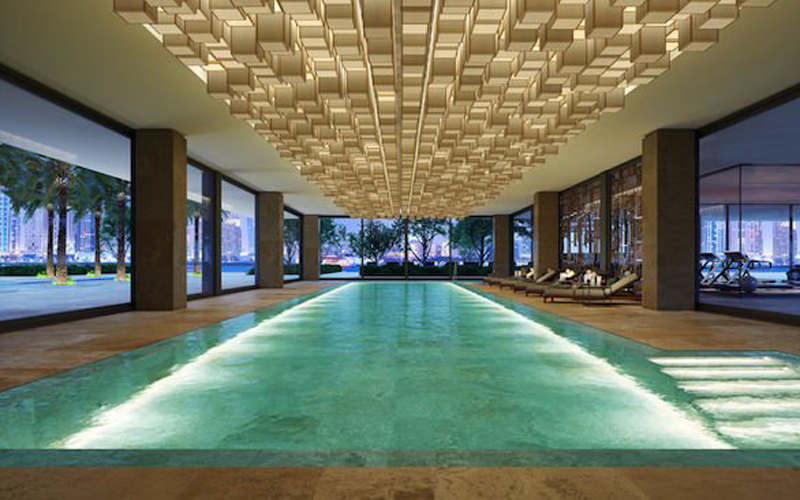 The apartment has been furnished by London-based luxury design studio Elicyon, which has a celebrity home or two under its belt. 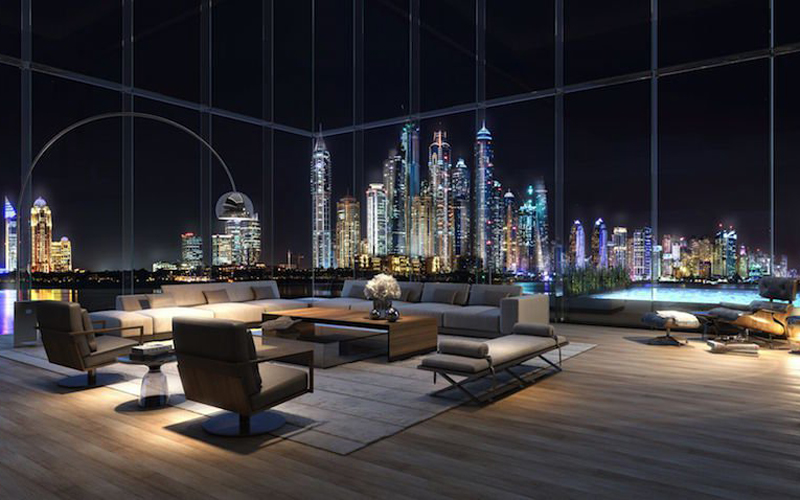 Amenities that come with the building include a fine-dining restaurant, three swimming pools, a cinema, cigar lounge, and luxury spa. There will also be a private jetty where residents can dock their yachts. The premium property has eclipsed the previous record for Dubai’s most expensive penthouse, set earlier this year in the upcoming Bulgari Resorts and Residences project on Jumeira Bay Island.

That apartment, a 14,000-square-foot property with 270-degrre views of Downtown Dubai and out to the sea, was snapped up for Dhs60 million. Which almost seems cheap now, by comparison.

There’s still hope for the rest of us yet…