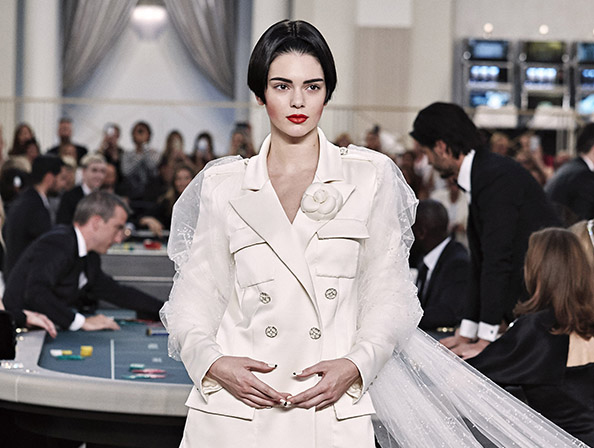 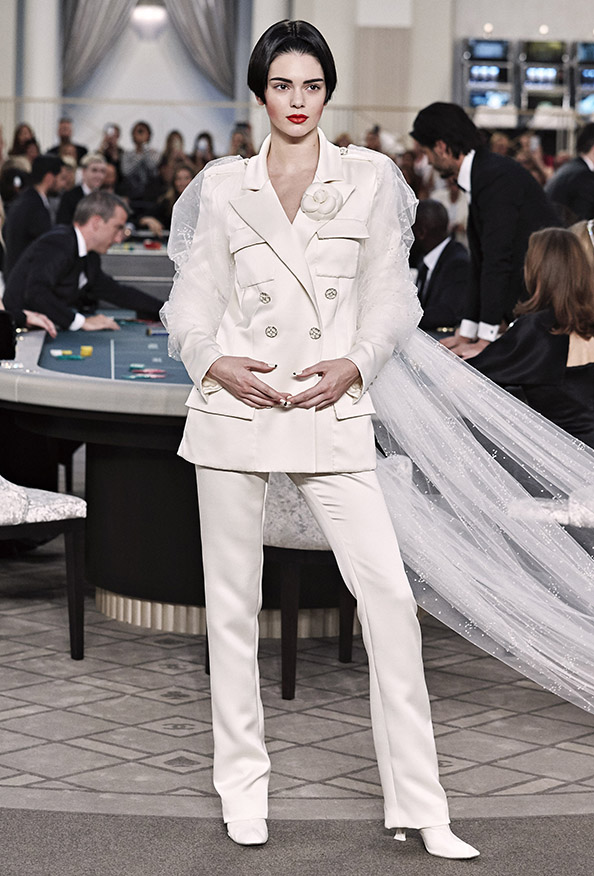 Paris Haute Couture Week autumn/winter 2015  has not let us down. Emirates Woman gives you the rundown of the fashion extravaganza – the best shows, quirks and celebrity appearances…

Russian designer and socialite Ulyana Sergeenko’s opening show at Paris Couture Week coincided with the release of Rihanna’s new controversial music video B*tch Better Have My Money. Why is that relevant? RiRi wears one of Ulyana’s spring 2015 coats in the video and it has become of the most coveted pieces of the season. Ulyana’s haute couture collection is a nostalgic nod to life in Soviet-era St Petersburg where the once privileged class were forced to reinvent their homes and lives – it’s an opulent intersection of high-fashion and boudoir drama.

A photo posted by Ulyana Sergeenko Couture (@ulyana_sergeenko_moscow) on Jul 8, 2015 at 3:45am PDT

Atelier Versace took ‘flower power’ to the next level with 25,000 freshly-cut orchids encased in the 30m long glass runway and chiffon-clad beauties. The collection was inspired by the carefree festival nymphs of the late 60s and 70s. Flower crowns, long wavy hair, billowing sheer chiffon and embroidered flower motifs all took Versace into a new, softer territory, which Donatella Versace described as “out of her comfort zone” prior to the show. Naomi Campbell, Irina Shayk and Rosie Huntington-Whiteley were poised in front row while Lara Stone, Karlie Kloss, Joan Smalls and Kendall Jenner brought “sexy back” to the fairy-like theme.

#Regram from the beautiful @karliekloss backstage before last night’s #AtelierVersace show. #VersaceCelebrities A photo posted by Versace (@versace_official) on Jul 6, 2015 at 1:22am PDT

Belgian Raf Simons’ Christian Dior show was all about hybrids – the runway was part garden, part playground and the collection looked like a clever splicing of the designers’ cultural DNA. Even the coats, which made a large part of the show, seemed unsure of their genetic origins – part traditional coat, part cape with a contrasting sleeve. The models clutching these coat creatures were interspersed with ethereal visions in white flowing dresses, voluminous draping, sculpted sleeves and beaded vests reminiscent of the finery of the Flemish masters’ muses. All the while Raf still managed to capture the spirit of Dior’s iconic sculpted and accentuated style. The A-listers in attendance included the fashion forward Lupita N’yongo, Emily Blunt and former Emirates Woman cover star Olivia Palermo.

Giambattista Valli’s collection featured the kind of skill and craftsmanship that makes couture extraordinary. Beaded cutouts looked laser-cut from a distance, and woven floral fabrics took on a life of their own with embroidered detailing. While the garments were steeped in couture tradition, Valli managed to capture a youthful contemporary spirit with volumes of tulle, pops of electric orange and acid yellows, short girly silhouettes and oversized accessories like the cartoonish round sunglasses and embroidered teardrop earrings. Not surprising Jessica Alba was there, the clothes seemed just perfect for her youthful energy.

Karl Lagerfeld’s Chanel show continued his recent trajectory of turning his runways into a theatrical spectacle (think back to his feminist street protests and the Chanel supermarket). This time King Karl tapped into the pervasive discussion about the increasing influence of technology and artificial intelligence versus the future of humanity.

His models, each with almost identical sleek bobs, walked (robotic-like) onto the ‘stage’ which was a faux casino. As well as models, the Chanel show was filled with Karl’s muses, all wearing bespoke Chanel, of course. The personalities included Kristen Stewart, Geraldine Chaplin, Rinko Kikuchi, Rita Ora, Lara Stone, Vanessa Paradis, Stella Tennant, and Julianne Moore.

The theme of technology was not just for dramatic effect – Karl ‘employed’ the latest technology to help him construct a range of 3D suits, which come painted, embroidered with beads, lined with satin, embroideries, or braided in leather. Lagerfeld said of the technique: “The idea was to take the most iconic jacket from the 20th century and turn it into a 21st century version, which was technically not possible at the time it was born.” Other highlights of the show included an appearance by Vanessa Paradis and Johnny Depp’s daughter 15-year-old beauty Lily-Rose Depp and the model-du-jour Kendall Jenner in a white double-breasted, bridal pantsuit.

Giorgio Armani’s Armani Privé show had all the decadence of the expressive 80s. Short spiky pixie cuts hint at a rebellious, independent femininity, and also allude to the emergence of the powerful woman in the Wall Street era of the 80s. Marisa Tomei, perhaps an icon of this spirit, was in the FROW.

#Atribute to Couture: Mr. Armani taking a bow yesterday in Paris with his colorful creations after the #GiorgioArmani Privé fashion show.

Passage no.19 materializes from a vintage French needlepoint tapestry constructed on a satin organza base. Sheer silk knee-high socks with bird intarsia detail and lamé jewelled mirror heels complete the look. #ArtisanalArtistry #MaisonMargiela #JohnGalliano   A photo posted by Maison Margiela (@maisonmargiela) on Jul 8, 2015 at 8:37am PDT

Actress Lupita Nyong’o looked flawless in a black dress at the Margiela show.

Margiela morning. Couture show gave me goosebumps. @maisonmargiela. Photo by @dilokritbarose A photo posted by Lupita Nyong’o (@lupitanyongo) on Jul 8, 2015 at 8:56am PDT

Viktor & Rolf also took inspiration from their Dutch heritage and presented a surreal collection which finally proves that fashion is definitely art.

A dress transforms into an artwork – Haute Couture Autumn/Winter 2015 @martemei <3 VR #ViktorandRolfCouture   A video posted by Viktor&Rolf (@viktor_and_rolf) on Jul 9, 2015 at 6:11am PDT