We can’t get enough

The Academy Awards, Hollywood’s biggest and most glamorous event of the year, is just around the corner. Over the years, we have grown accustomed to celebrities bringing their A-game to the red-carpet, as they wait to see who will go home with the highly coveted gold statue.

In honour of the Oscars coming up on February 10, here are our top 10 looks by Arab designers. 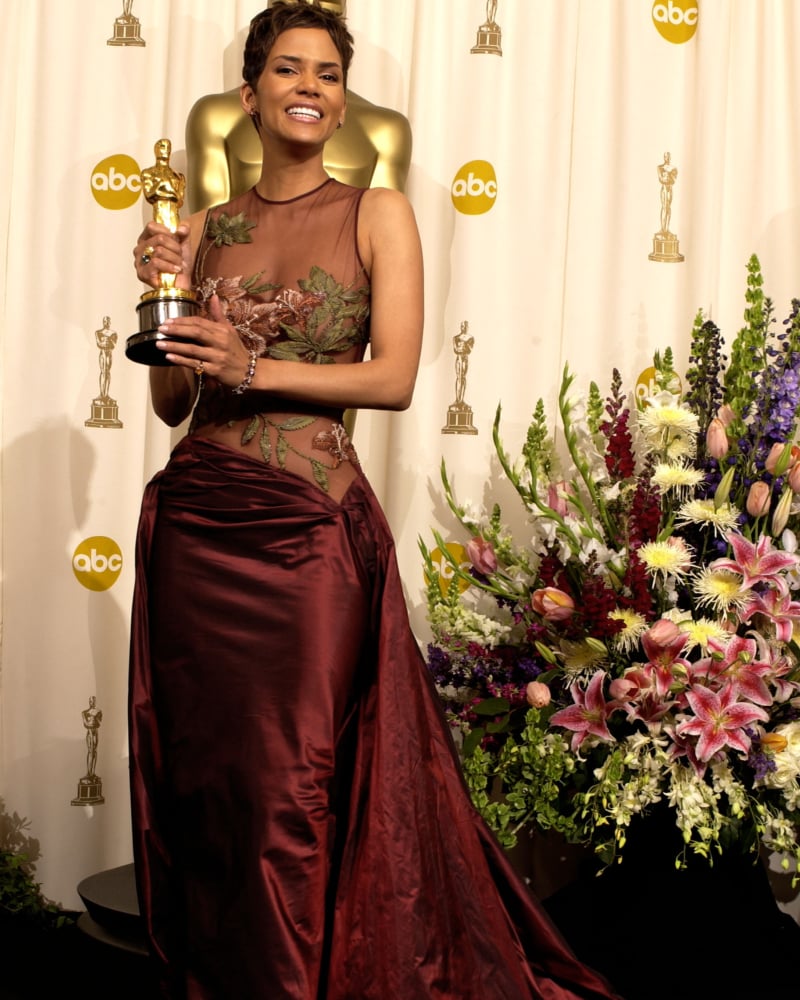 Oscar winning actress Halle Berry wore the now iconic dress by Lebanese designer Elie Saab to the 74th Academy Awards in 2002, where she made history as the she became the first black women to win the Best Actress award. 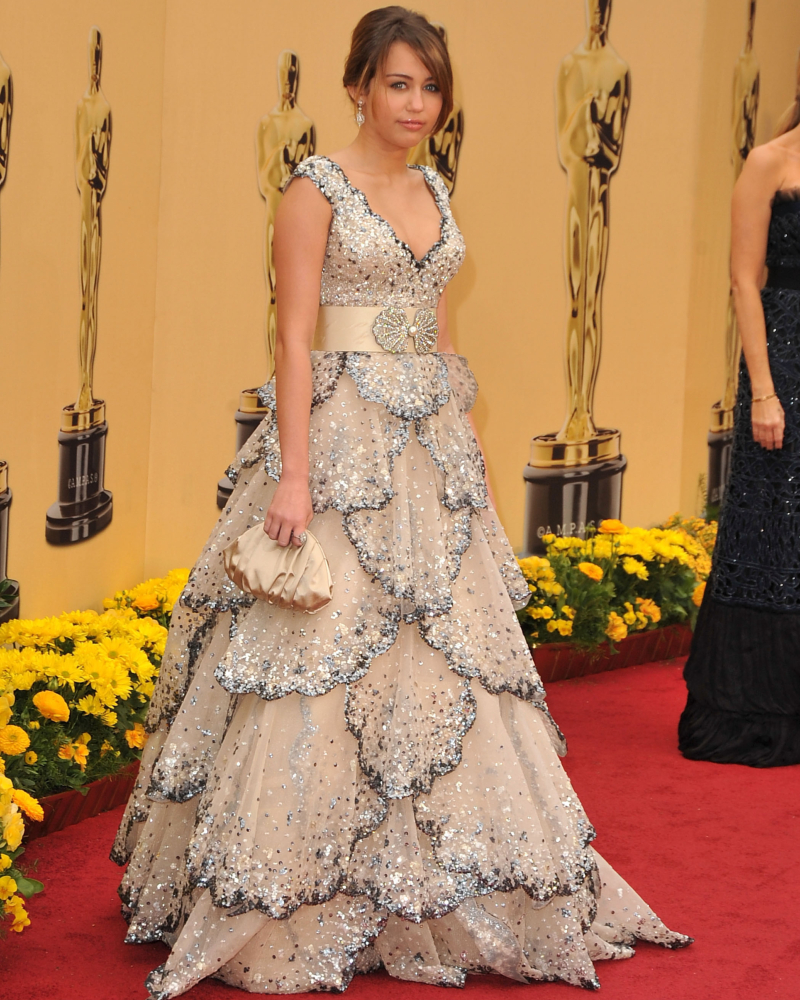 Back when Miley was still Hannah Montana, she attended the 2009 Oscars in a beautiful nude coloured Zuhair Murad dress. The scalloping on which we’ve never seen the likes of since. That skirt, with its measured use of sequins, is an actual piece of art. 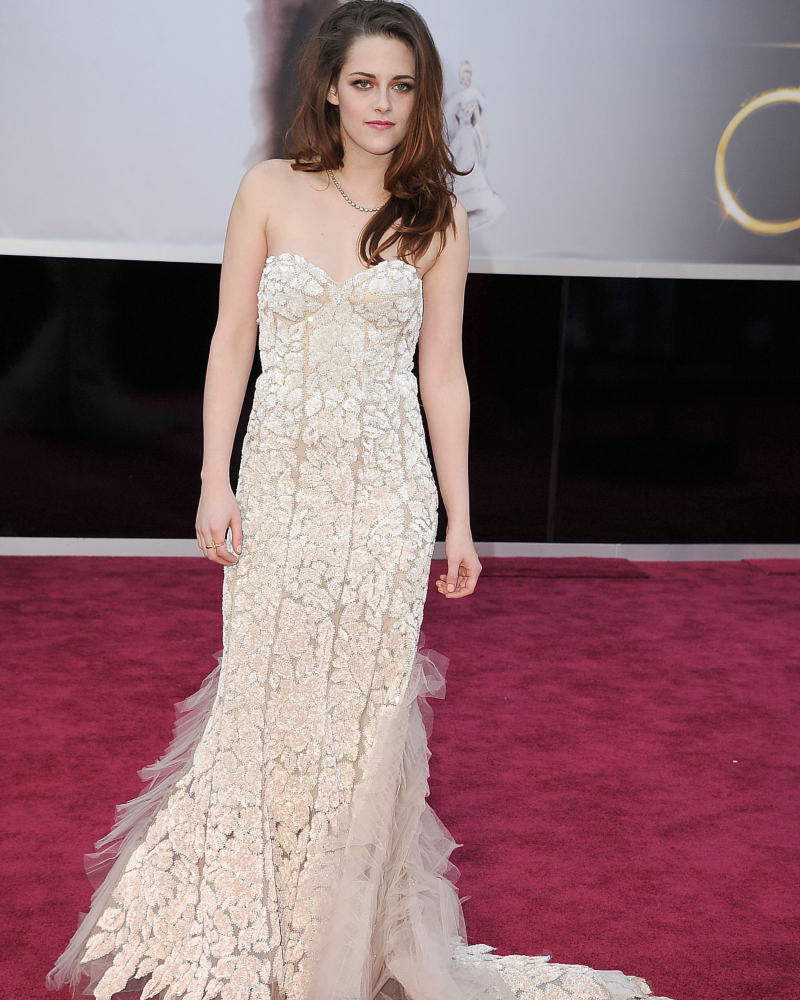 Back at the hight of her career, the Twilight star wore the off-white strapless Reem Acra gown to the 2013 Academy awards. Featuring tulle ruffles, intricate beading and a structured bodice, we’ve since spotted this number on many a bridal Pinterest board. 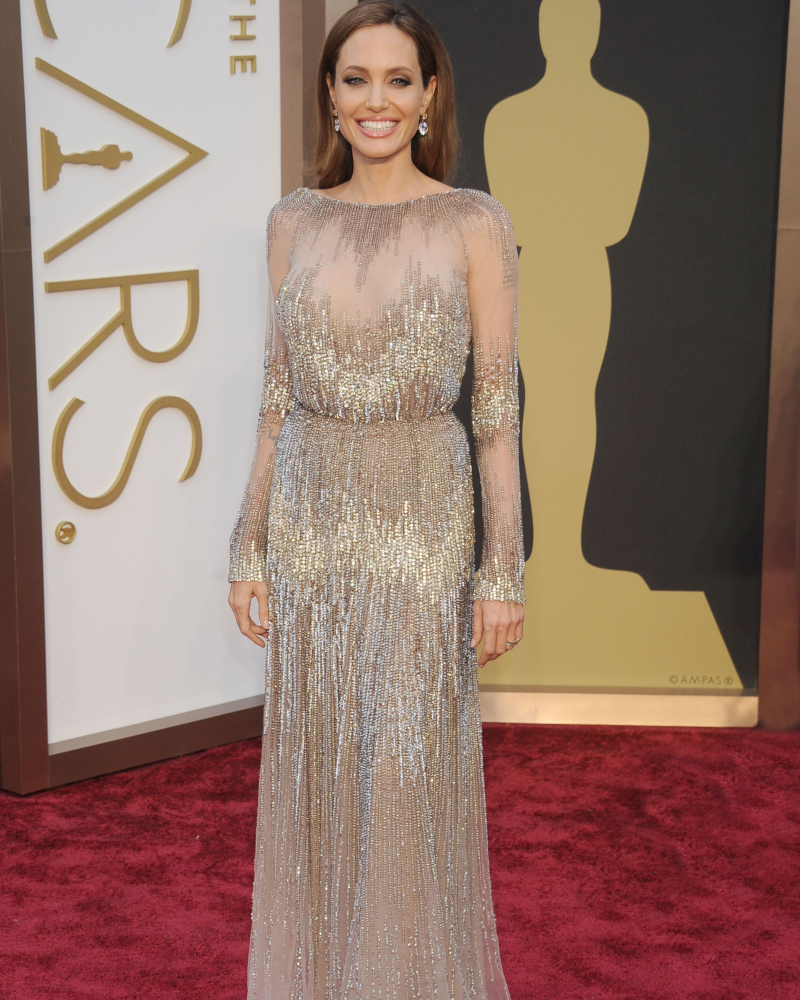 This crystal-embellished look that Angelina rocked at the 2014 Academy Awards has become one of the her best red-carpet looks to date. She turned to Elie Saab for this champagne-hued gown that married ethereal femininity with a hit of glitz. 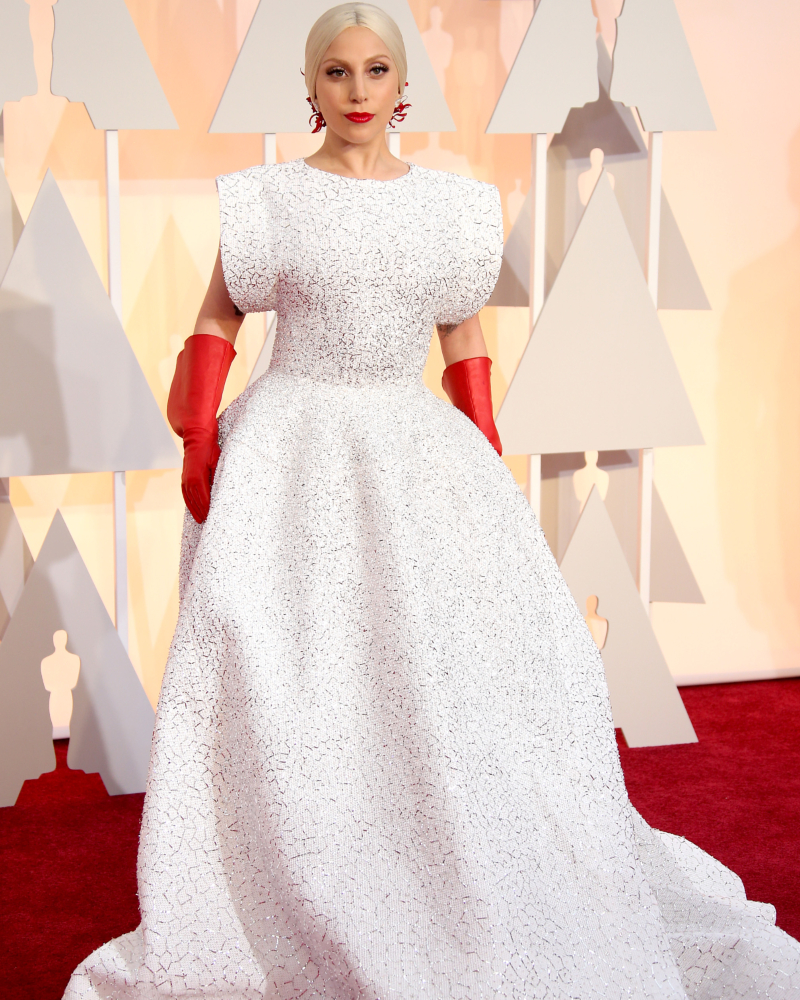 We can always depend on Lady Gaga to bring the most out of the box looks to the red-carpet. In 2015, she wore this white gown by Tunisian couturier, which she paired with red gloves, that people on the internet compared to dishwashing gloves. The meme’s inspired by this ensemble still live on today, and we can’t stay we don’t love it! 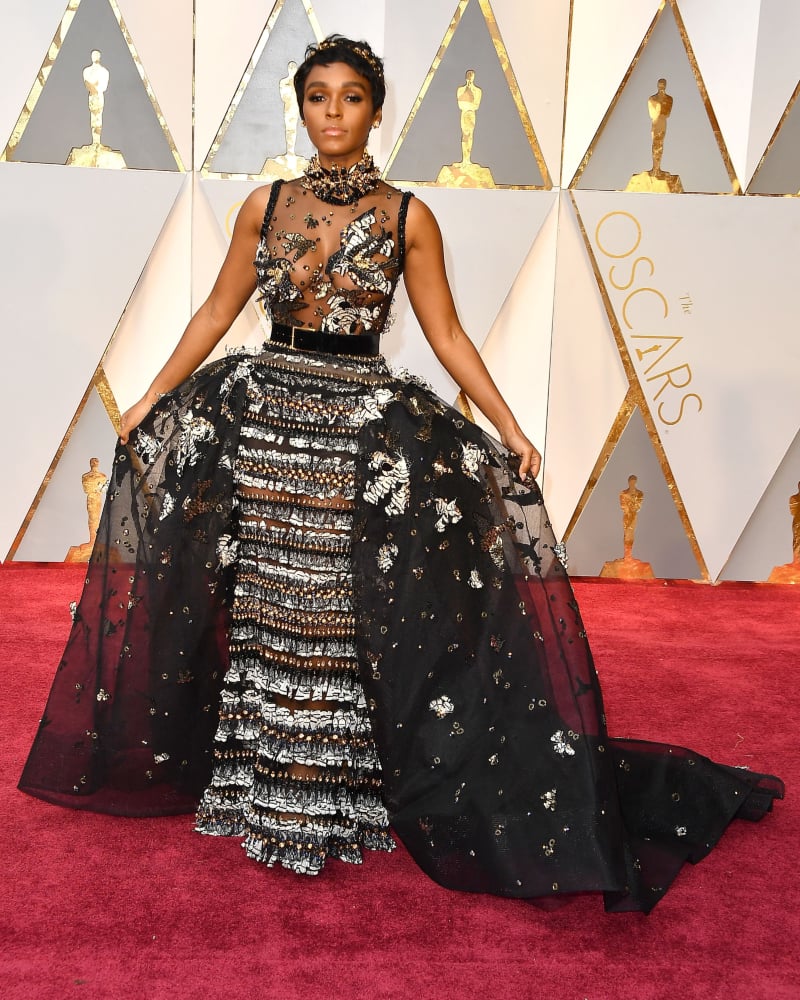 The 2017 Academy Awards will forever be remembered as the year they messed up the Best Picture winners. Regardless, we can’t deny how regal and Queen-like Janelle Monáe looked in her black and heavily embellished Elie Saab gown. That year, the Moonlight actress was a winner both on and off the red-carpet. Ever the style icon, the Jenny from the Block singer looked like a princess in a dreamy Elie Saab gown at the 2015 Oscars. The tulle Haute Couture ball gown was embellished with pearls, stones, and sequins. 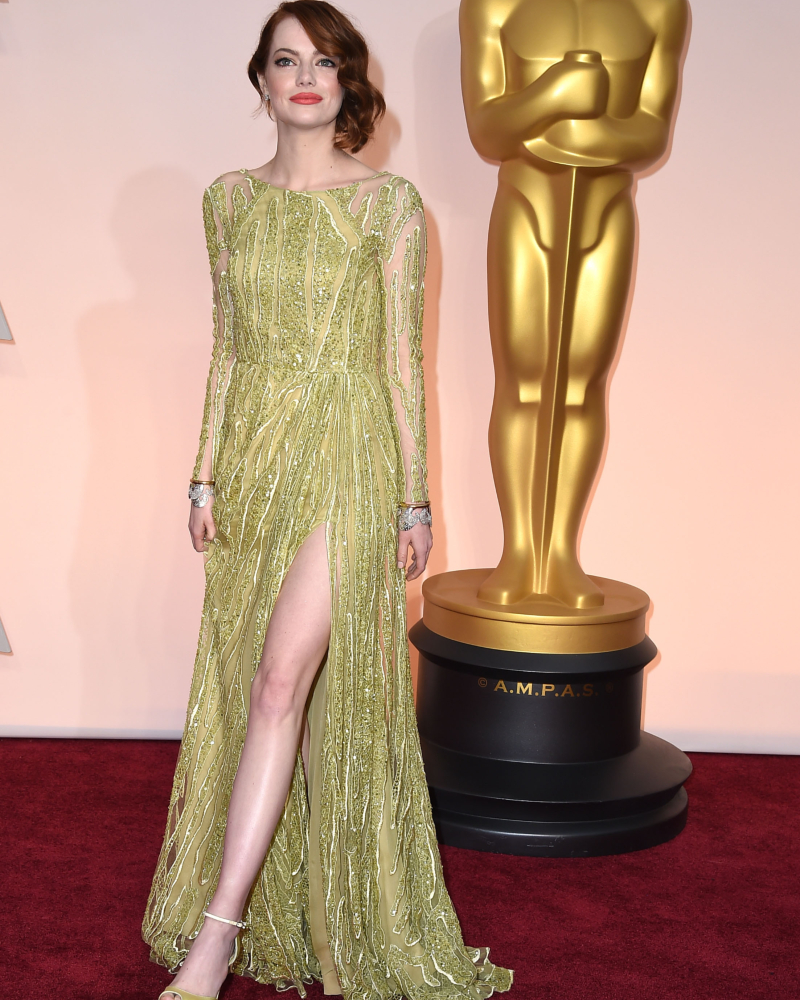 The Oscar winning La La Land actress also wore an Elie gown to the 2015 Oscars. With its striking hue, unique embellishment, and fluidity in motion, this dress wins the red-carpet. Bonus marks for the old Hollywood waves and orange-red lip, too. 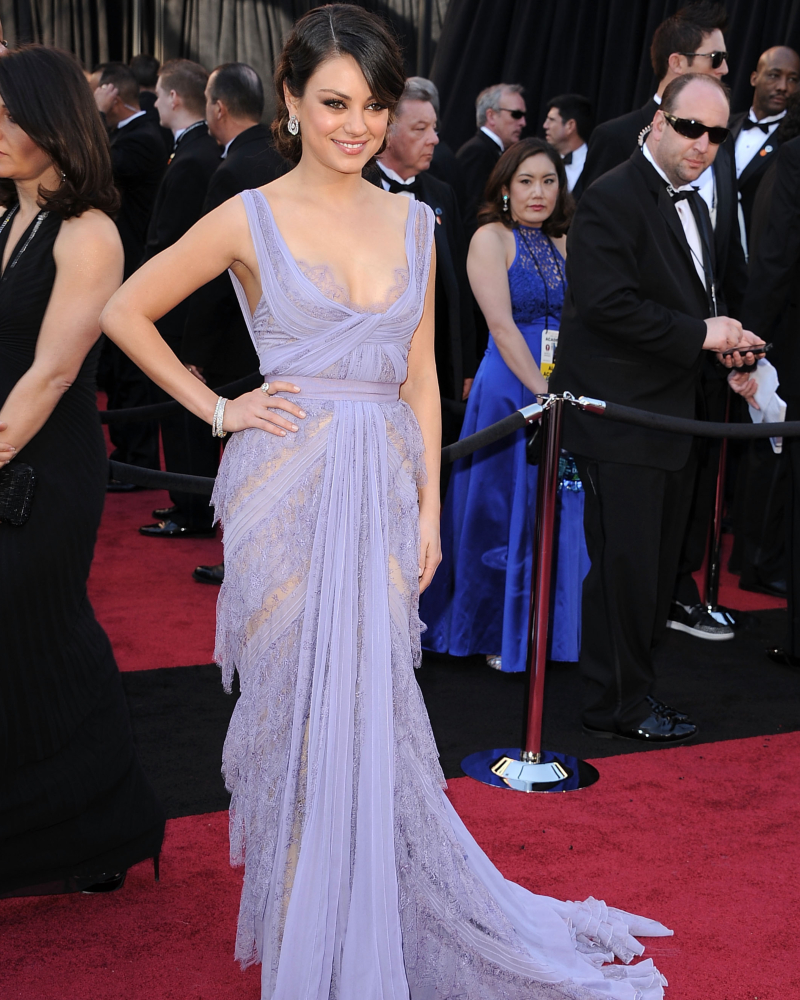 The stunning actress wore a design by the Lebanese designer back in 2011. The lilac floor-sweeper, featured incredibly fine lacework and an expertly balanced use of pleating, that we’re still cooing over eight years later. 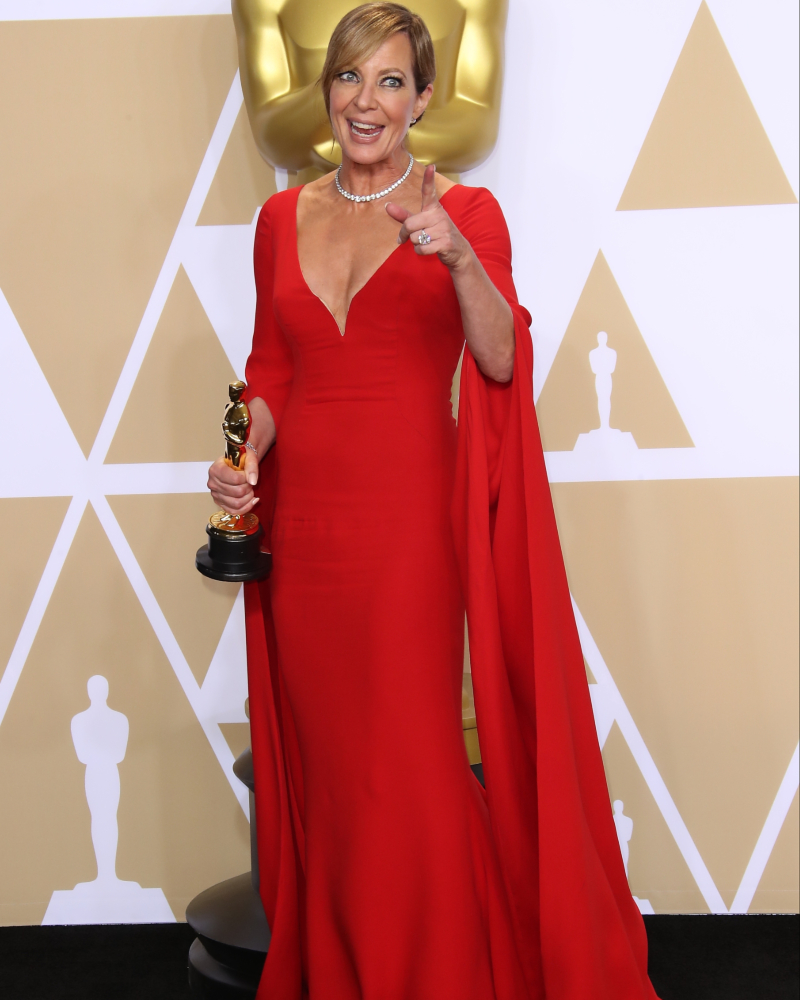 Another favourite look of ours is this red piece worn by the Oscar winning actress in 2018. Allison won Best Supporting actress award for her role in I, Tonya and accepted the accolade in a bright red custom Reem Acra dress, which featured a plunging neckline, rippling train, and split sleeves.

In the 2019, The Think Like A Man actress wore a couture dress from Georges Chakra’s Spring Summer collection. The lilac gown featured lace details and a thigh-high slit.

Last year, Nadine represented Lebanon on and off the carpet during at the Academy Awards. The director was nominated for Best Foreign Language Film for her feature Capernaum, which lost out to Netflix’s Roma. Regardless of the loss, Nadine, who was the first Lebanese woman to be nominated for an Oscar, stunned in a Elie Saab Haute Couture dress inspired by the Spring Summer 2019 Collection.