Could Oprah Winfrey Be Heading To Saudi Arabia This Year? 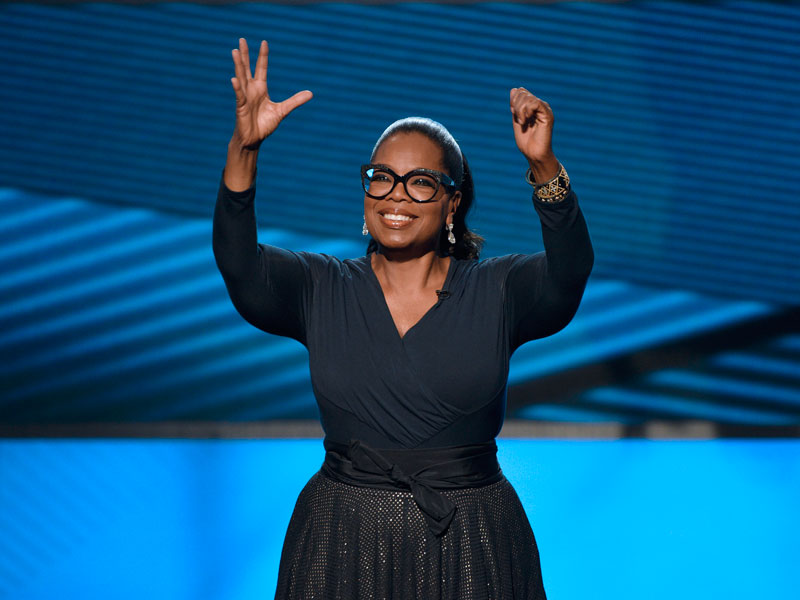 The entrepreneur and TV star is scheduled to visit both Jeddah and Riyadh, according to the government.

Oprah Winfrey is expected to make two trips to Saudi Arabia this year, according to a programme released by the country’s General Entertainment Authority.

The official entertainment calendar says the internationally popular talk show host will hold a session in Jeddah on September 7, and in Riyadh on December 9.

Further details are yet to be confirmed, but the visit would be part of an effort to build an entertainment industry in the conservative kingdom.

The authority was established in May last year, and has already organised several concerts, WWE wrestling, and the first ever Saudi Comic Con.

According to the calendar, Oscar-winning actor Al Pacino is also expected to visit the kingdom on May 11 and 12, for appearances in Riyadh and Dammam.

However, a General Entertainment Authority representative told Arab News “nothing has been fully confirmed yet” for Pacino’s visit – which could be the same case with Oprah.

If the superstar does end up making it to Saudi – and we’ll keep you updated – the event is bound to be a big hit.

When it first aired in the kingdom in 2004, The Oprah Winfrey Show quickly became the highest-rated English-language programme among women 25 and younger, the New York Times reported.

Other events scheduled for this year include the Cirque du Soleil, the Russian Grand Circus of Moscow, and a talk with best-selling American author Deepak Chopra.