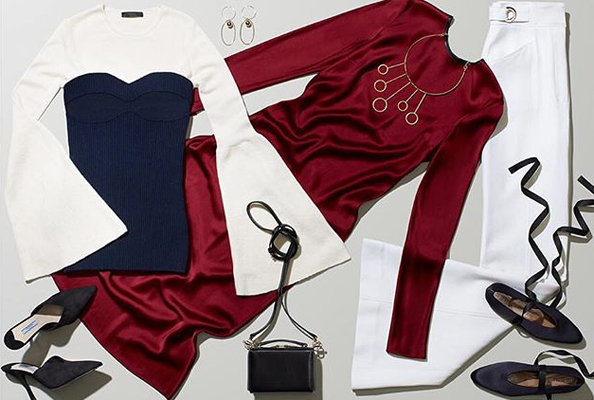 A new partnership has signalled huge changes for luxury online shopping in the Middle East.

Together, the businesses will “create the leading online luxury retailer in the Middle East”, a statement revealed.

The joint venture is worth €130 million (Dhs506 million), and Yoox Net-A-Porter will have the majority ownership of 60 per cent.

Read:
Six Of The Best National Day Deals That Everyone Should Know About
Sheikh Mohammed’s Daughter, Sheikha Latifa, Just Announced Her Engagement
Burkini-Wearing Teen Smashes Muslim Stereotypes At Pageant
Where Are The Best And Worst Places To Live In Dubai?

YNAP is responsible for a quartet of e-commerce heavyweights – womenswear at Net-a-Porter, menswear at Mr Porter, and off-season ranges at The Outnet and Yoox – whose operations in the Middle East will now be managed by the new venture.

The deal promises to “integrate YNAP’s world-class brands” (of which it has Tom Ford, Gucci, Prada, Balmain and hundreds more) with Alabbar’s local expertise – targeting customers in the UAE, Saudi Arabia, Kuwait, Qatar, Bahrain and Oman.

“The region also has a significant population of over 200 million young people who are tech-savvy and influence luxury retail decisions,” said Alabbar (who’s also behind Noon.com, the upcoming website selling 20 million products, like a hyper-local version of Amazon). “The joint venture will serve as go-to online destination for luxury retail and set new industry benchmarks in customer service, speed of delivery and diversity of choice.”

When can we expect changes?

The venture will see the launch of a Dubai distribution centre, meaning premier same-day delivery will definitely be happening (YNAP CEO Federico Marchetti hinted as much last month).

There will also be Dubai-based customer care teams, and offerings specifically for Arabic customers, including online content in their own tongue and the ability to pay in dirhams.

The Dubai office and warehouse is slated to open by the end of 2017, local versions of Yoox and the Outnet will debut in 2018, while Net-a-Porter and Mr Porter will launch in 2019.