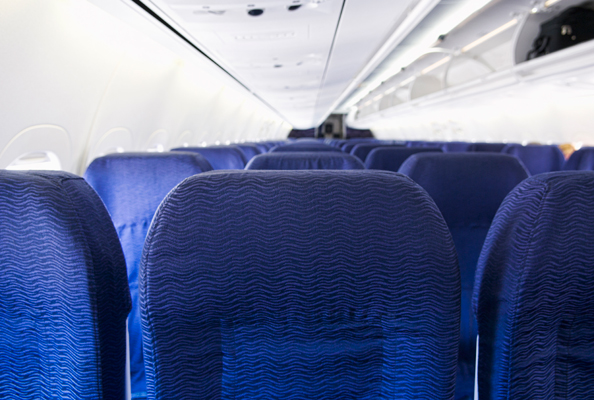 Ever dreaded getting stuck in that pesky middle seat? This carrier has a solution.

It was just earlier this year that one Indian airline announced they were offering women-only rows, in a bid to make female fliers feel safer.

And now another of the nation’s carriers has rolled out a women-only service, one that promises to stop female travellers getting boxed in to a middle seat.

Vistara, a domestic airline based in New Delhi, has launched a Woman Flyer programme that it claims is a world first.

Read:
When This Couple Were Stranded, One Kind-Hearted Emirati Stepped In To Help
Five Over-Water Bungalows To Escape To This Summer

As part of the service, solo female travellers are guaranteed a window or aisle seat at check-in, even if they’ve not pre-selected one before arriving at the airport.

They’ll also get baggage and transport assistance on arrival from a Vistara staff member, who will help book authorised taxis and escort women to the pick-up point.

So if you’re off on an Indian sojourn soon, and always hate that initial touch-down panic of finding your way to your hotel, this should help.

Women who want to use the service need to email custrelations@airvistara.com at least 72 hours before their flight.

The airline says between 75 and 100 women use the complimentary service every day, according to Bloomberg.

“This service is a sincere effort to ensure peace of mind of our women customers,” Vistara’s chief strategy and commercial officer Sanjiv Kapoor told the publication.

Read:
14 Of The Best Travel Hacks That Will Make Your Holiday A Breeze
This Emirati Couple Has Some Inspiring Advice About Making A Marriage Work

Governments around the world have warned women about the dangers of travelling solo in India, with both the UK and Australia advising citizens to avoid using public transport if they’re alone.

“Women travellers often receive unwanted attention in the form of verbal and physical harassment by individuals or groups of men,” the UK foreign office warns on its website.

In January, Air India even introduced female-only rows on its flights to combat a rise in assault cases taking place at 36,000 feet.

The move came after reports of two women – a female passenger and an air stewardess – being groped aboard separate Air India flights.

The initiative was met with both criticism and praise, with former Air India executive director Jitendra Bhargava telling The Hindu it was a “misplaced priority”.

Social media users also accused the airline of sexism by forcing women to move to deter potential crimes against themselves, though many commended Air India for taking action.