One Direction Are Coming To Dubai 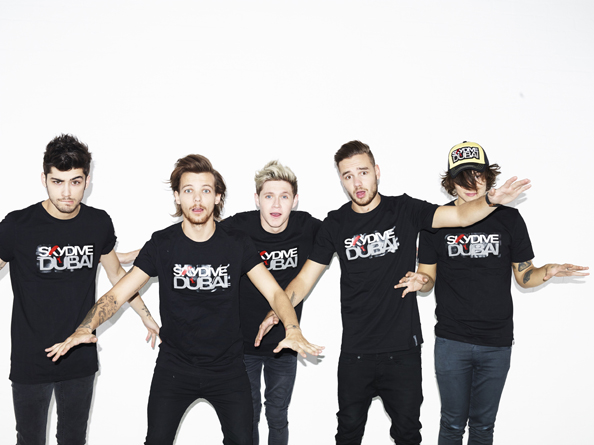 This is not a joke. We repeat, this is not a joke. Done Events has done the impossible and lured the world’s biggest band, One Direction, to Dubai, much to the ecstatic excitement of the region’s teenage girls (and most of their mums).

The boy band, who found fame after appearing on The X Factor, made a short video to reveal that their Australia and Asia tour will include a leg in South Africa and the UAE. With their Dubai concert scheduled for April 4 at 7he Sevens Stadium Dubai.

Over 30,000 fans are expected to attend the concert. Unsurprising really when you consider One Direction pandemonium has been taking over the USA ever since Niall Horan, Zayn Malik, Liam Payne,Harry Styles and Louis Tomlinson made chart history across the pond with their single Live While We’re Young. It was the fastest-selling track, ever, by a non-US artist. It sold 341,000 copies, which means they outsold the original famous five – the Beatles.

“We are very proud to finally present in concert what has been one of the most requested and in demand bands in recent years” says Thomas Ovesen, COO of concert organizer Done Events. “With only one night in Dubai and no other regional shows on this tour we expect a completely sold out One Direction concert on April 4, 2015 with fans from all over the Middle East and beyond flocking to 7he Sevens Stadium.  The event is destined to become the biggest concert this region has ever seen.”

The One Direction band was formed in 2010 during the UK The X Factor. Originally all the boys auditioned as solo artists, however recognising their potential as a five-piece the show’s judges, which included music mogul Simon Cowell, decided to group them. Putting their egos aside, the new band fast became show favourites.

While they only went on to win third place, Cowell signed the band to his record label Syco Records. One Direction’s three albums, Up All Night, Take Me Home and Midnight Memories, (released in 2011, 2012 and 2013 respectively), broke several records. They became the first ever band to have their first three albums debut at No.1 in the US Billboard Chart, hitting the top spot in a further 30 countries worldwide. Their current album Midnight Memories also saw them named as the IFPI’s Global Artist of 2013 for becoming the biggest selling act in the world.

If you want to be part of history and watch the boys live during their first UAE concert, you can buy your tickets from May 22 at doneevents.com and all Virgin Megastores.