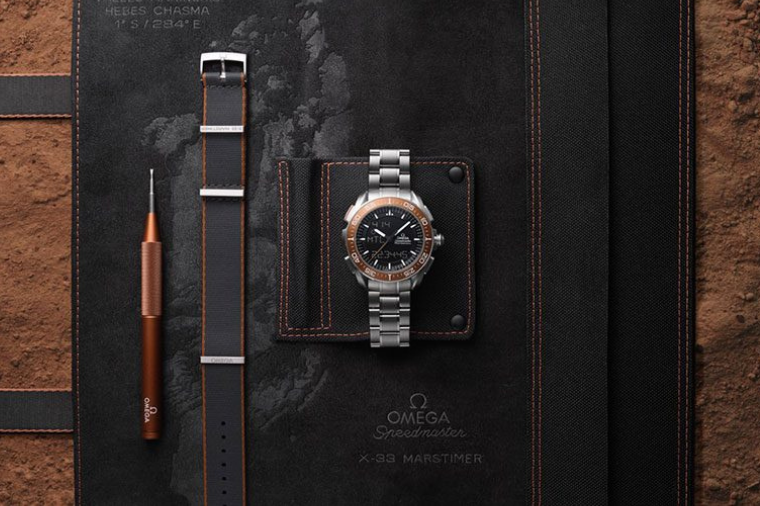 It’s 480 million kilometres from Earth – yet are we really going to let that get in the way of a manned mission to Mars? Perhaps not when you think that a little over 50 years ago while pocket calculators were still a novelty, Neil Armstrong and Buzz Aldrin made it to the Moon.

The Moon is a subject that Swiss watch brand Omega is very familiar with. When Aldrin stepped onto the Moon, he did so with an Omega, making it the first watch worn on the lunar surface.

Omega is now shifting its focus from the Moon and towards Mars – it has partnered with the European Space Agency (ESA) to debut this new Speedmaster X-33 Marstimer.

The 45mm Marstimer features Omega’s 5622 Calibre – a thermo‑compensated quartz movement with a battery life of 24 months.

The timepiece is cased in grade 2 titanium, and as Omega says, “can track times and time zones, across our own world and on the mysterious red planet.” There are options of either a grade 2 or grade 5 titanium bracelet, or even a more athletic and relaxed NATO strap. 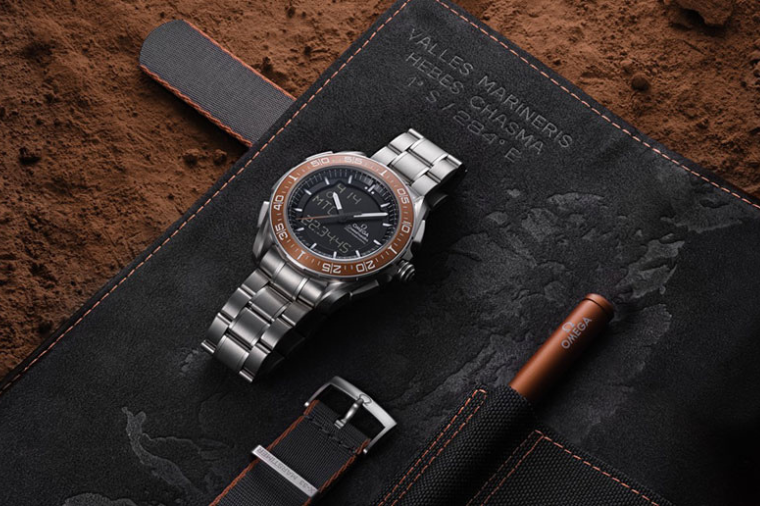 A new function developed under an ESA patented license is called the Mars Time Coordinated (MTC) function that tracks Mars’ sol date and time at the prime meridian. Remember, a day on Mars is 39 minutes longer than that on Earth. The analogue-digital watch has a solar compass to find true north on Earth and Mars.

For those who like their Marstimer to do what a Speedmaster Skywalker X33 has done before, the Marstimer can indicate MET (Mission Elapsed Time), PET (Phase Elapsed Time), and has an alarm and a perpetual calendar too.

There are obvious aesthetic cues to tie this watch to Mars – there is an oxalic anodized aluminium bezel ring in red hematite, while the seconds hand also has a shade of the red hematite gradient.

One of the strongest claims that this watch really is the deal that it claims to be can be found when you flip the watch and find the following inscription on the caseback: Marstimer, ESA Tested and Qualified.

“Anyone interested in space, or even science fiction, is obsessed with Mars. It has generated so much curiosity, so many incredible stories. We have even created a name for its imaginary inhabitants. It’s so close yet so far. We long to walk across its surface. To be here on Earth and able to track its movements, gives the term timepiece a whole new meaning. I’m thrilled with this new addition to the famous Speedmaster family,” said Raynald Aeschlimann, Omega president and CEO.

The watch is priced at approximately US$6,400 and thankfully isn’t a limited production run. This is a Mars mission that is definitely achievable.

This article was originally published on Business Traveller Middle East and has been repurposed here with permission.