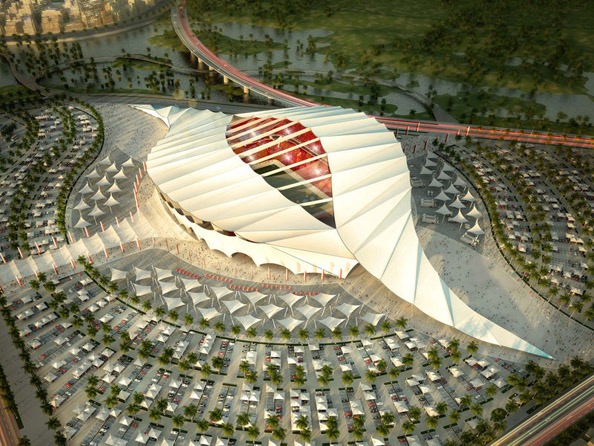 Things are heating up in Qatar and it’s not just the weather. Following allegations of bribery, senior football officials from around the world are calling for a re-run of the FIFA World Cup 2022 vote that awarded Qatar the tournament.

According to fresh claims, revealed in the Sunday Times, there is a “cache of millions of documents” that prove secret payments where made in order to secure support for the 2010 win.

The Middle East’s first World Cup is under serious threat if there is any truth in the claims that Mohamed Bin Hammam, former Asian Football Confederation president, paid out nearly US$5 million in illicit payments to various high ranking African football officials and associations in order to ensure that Qatar’s bid was successful.

Several politicians and football officials have voiced concern over the allegations and would back a revote, including FIFA vice-president Jim Boyce and Greg Dyke the chairman of the English Football Association.  In an interview with BBC’s Radio Five Live, Boyce said: “I would have no problem if the recommendation was for a re-vote.” Meanwhile Dyke told Channel 4 News: “Some of this evidence on the face of it is quite compelling. If the evidence is there, that the process is corrupt, then obviously the process has to be looked at again.”

Meanwhile the Qatar 2022 organising committee issued a statement denying the claims, stating that Bin Hammam “played no official or unofficial role in the bid committee” and vowed to “take whatever steps are necessary to defend the integrity of Qatar’s bid.”

Michael Garcia, an American lawyer appointed by FIFA to investigate bid corruption allegations, will be handling the investigations and his report will ultimately decide whether there is enough concrete evidence to warrant a revote. He is due to meet with the Qatari bid committee in Oman this week.

Qatar was up against Japan, Australia, the US, and South Korea in the 2010 vote. Australia was the first to be eliminated with the fewest number of votes, but former England striker Gary Lineker said: “The best candidate for 2022, given 2018 is in Europe was, and still is, Australia.” The US said they would not participate in the revote until “FIFA got its house in order”.

Qatar’s hosting of the World Cup has been marred with controversy right from the start with concerns about the heat, which averages 40 degrees, during the tournament months as well as labourer mortality rates in the stadium construction process. Last week, in an interview with Swiss broadcaster RTS, FIFA president Sepp Blatter referred to Qatar winning the vote as “a mistake,” due to the heat, and there is talks about shifting the games to cooler months.

Image: Al-Khor Stadium in Qatar for the World Cup 2022