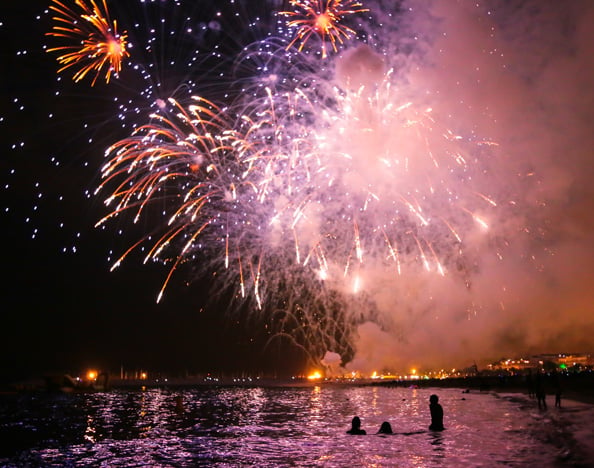 Say hello to a long weekend…

… And goodbye to the end of Ramadan, as the Eid Al Fitr holiday has been officially confirmed.

Eid Al Fitr will begin on Sunday June 25, meaning that private sector workers will enjoy a four-day weekend before returning to the office on Tuesday June 27.

A moon-sighting committee from the Abu Dhabi Judicial Department confirmed the news on Saturday June 24.

Earlier predictions stated the new moon’s crescent could also be sighted on Sunday June 25, meaning that workers would have had to spend one day in the office before enjoying two paid days off.

Read:
Our Top Picks: 10 Things To Do In The UAE Over Eid Weekend
Six Ways To Beat The Heat Over The Scorching Eid Weekend

Need some ideas for the just-confirmed long weekend? How about a last-minute staycation, or shop ’til you drop at the massive 24-hour sale at Yas Mall in Abu Dhabi?

What other holidays are coming up soon?

Read:
This Abu Dhabi Mall Is Having A Huge 24-Hour Sale Over Eid
Top Picks: Say Hello To Our Eid Gift Guide For Women

Remember, these dates are only estimates, subject to moon sightings.

This marks the second day of the annual pilgrimage, or Haj. If it falls on a Thursday as predicted, it should mean a day off before the weekend – followed by…

This holiday honours Ibrahim’s willingness to sacrifice his son Ismail, and is marked with three days off, which could mean we also get Sunday out of the office.

Islamic New Year in 2017 will mark the year 1438, and could result in a three-day weekend if it falls on a Thursday.