‘Nothing More Joyful’: Queen Rania Shares A Touching Tribute To Her Family 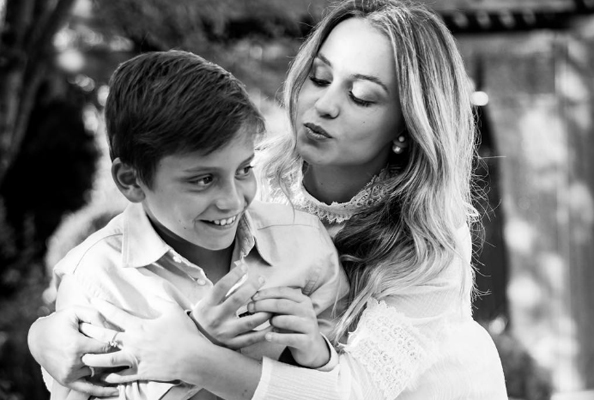 We suddenly feel the need to call our own mums, just because…

However the Jordanian royal is known for opening up her family album more than just once a week, as her latest Instagram proves.

The mum-of-four has shared a touching photo of her eldest daughter and youngest son sharing a cuddle, captioning the snap: “Nothing more joyful than seeing the bond between your children grow.”

Read:
15 Of Our Favourite Snaps From Queen Rania’s Family Album
This Lebanese Man Just Popped The Question At 36,000 Feet…

The image of 20-year-old Princess Iman – who’s currently attending Georgetown University in the US – and 12-year-old Prince Hashem was taken in 2016, the royal revealed.

In fact, Queen Rania’s Instagram account has been dominated by family snaps in the last week, with the proud mum also sharing a shot of her second daughter, Salma, as a toddler.

The royal has previously spoken about the challenges she faces raising a family in the public eye, previously telling talk-show host Oprah Winfrey it’s important for her children to “remain in touch with reality”.

“When my son [Crown Prince Hussein] asks for something, he doesn’t automatically get it. He has to work for it and he may not get it at all,” Queen Rania said in the 2006 interview.

Read:
7 Of The Best Relaxing Spa Deals Around Dubai This Summer
‘Kids Need To Get Dirty To Have Fun’: Princess Haya Talks Family In Candid Interview

The mother also revealed its important for her children to “feel like they’re global citizens, to really have an understanding of the world at large”.

“The most important thing is to instill him with the right values,” she said, of raising Prince Hussein to be King one day.

“I just feel that values are the shield that you carry with you throughout life and it protects you from whatever life throws at you.”