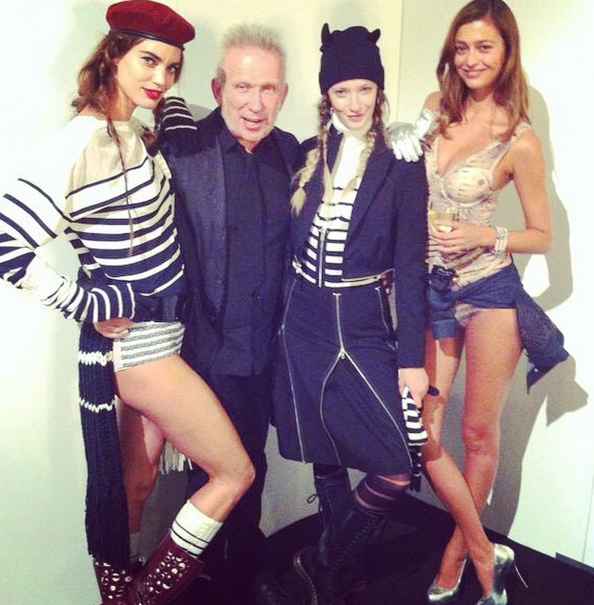 KNIFE WIELDING MAN BREAKS INTO THE WHITE HOUSE
A huge security review has been launched after a man carrying a knife was able to jump a fence and get inside the front door for the White House on Friday.

According to the Washington Post: “Within seconds, the man who his public defender said served three tours in Iraq — and relatives said served as a sniper — got to the front double doors of the North Portico, turned the brass knob and stepped inside the vestibule. There he was grabbed and subdued by an officer standing post inside the door. He had a folding knife with a two-and-a-half inch serrated blade.”

A release from the White House read: “The President has full confidence in the Secret Service and is grateful to the men and women who day in and day out protect himself, his family and the White House. The Secret Service is in the process of conducting a thorough review of the event on Friday evening and we are certain it will be done with the same professionalism and commitment to duty that we and the American people expect from the U.S. Secret Service.”

It was first rumoured that the couple were dating back in 2010 when the Daily Mail reported “[T]he Jack Ryan actor cosied up to the bohemian beauty at the Met Gala in Manhattan.”

However, the relationship seemed to dwindle with Zoe, daughter to Lenny Kravitz, dating Michael Fassbender and Penn Badgley, while Chris romanced Olivia Munn and model Íris Björk Jóhannesdóttir. However it seems their relationship is back on track with the couple spotted together at a Coldplay concert at the Ace Hotel in Los Angeles.

JUDE LAW CAMPAIGNS FOR PEACE DAY
Overwhelmed by the scale of problems in Congo, Hollywood actor Jude Law has revealed he wants “as many people as possible [across the globe to] unite for peace”.

The Holiday star, who visited one of the largest camps for those who have fled their homes in Congo to escape fighting, which has been on-going for two decades said: “This is one of the naturally rich countries in the world. Yet the people aren’t seeing any of the wealth.”

The 41-year-old actor is visiting Congo as part of his role as ambassador for Peace One Day which campaigns to for day of global ceasefire and nonviolence. Jeremy Gilley, who founded the Peace One Day charity 15 years ago, said: “Sceptics might criticise and say it’s only one day but we’ve got to start somewhere. We hope one day leads to two days and so on.”

SCOTLAND REMAINS PART OF GREAT BRITAIN
It was one of the most dramatic and desperate political battles in history, with Scotland fighting for independence and English politicians desperately resorting to using the star power of JK Rowling and David Beckham to convince the Scots that a united Great Britain is better.

The referendum on Scottish independence, which took place on September 18, was rejected by a majority of the Scottish population with the no vote accounting for 55.3 per cent.

JENNIFER LAWRENCE & BRADLEY COOPER IN SERENA
Murder, betrayal, lost loves, Serena the latest movie to star Jennifer Lawrence and Bradley Cooper is tipped for great Oscar success, and we can see why:

RICHARD BRANSON NAMED MOST ADMIRED BOSS
In a poll of top bosses over the past five decades Virgin tycoon Richard Branson came up on top.

The 64-year-old entrepreneur was voted the runaway winner by a survey of FTSE 100 and FTSE 250 chairmen, chief executives and chief financial officers, non-executive directors, lawyers, accountants and headhunters.

He announced his brands final ready-to-wear line will be the spring summer 2015 collection, after which he will solely focus on producing haute couture.

He said: “Commercial constraints, as well as the frenetic pace of collections don’t leave any freedom, nor the necessary time to find fresh ideas and to innovate.”