Incredible images were released this weekend showing a group of indigenous Amazon people calling out from a Brazilian rainforest to make contact with outsiders.

A video released of the footage shows the tribe walking, near naked, along the banks of the Envira River carrying bows and arrows. They can be seen calling out to members of the Ashaninka native people, making whistling and made animal sounds.

The indigenous tribe were given food and two Panoan interpreters were brought in to communicate with them. Experts believe they crossed over the Peru border due to the drug trafficking and illegal logging in their area.

On interpreter said: “They described being attacked by non-native people and many died after coming down with the flu and diphtheria. This is a people looking for technology. It’s important in their lives because there’s an internal war among them and because of contact with non-indigenous groups.”

It is believed there are an estimated 77 unconnected tribes in the Brazilian Amazon.

Michael Jackson’s Neverland Ranch Is Up For Sale

Five years after the passing of the music legend Michael Jackson, his infamous Neverland Ranch is up for sale.

The entertainment park, which comes complete with carnival rides, an artificial lake and a zoo that once homed a five-tonne elephant and an orangutan, is being put on the market by Colony Capital, who bought a stake in it just before Michael died from an overdose back in 2009. The ranch is valued at US$30million by property experts who claim it could be sold for up to US$85m.

Michael bought the 2,600 acre)childhood fantasy ranch back in 1988. As well as dodgems and fairground rides, it also boasts a seven-bedroom mock Tudor mansion and a drive-in cinema.

Whoever the new owner might be, they will be asked to respect the history of the legend that once resided there.

Thomas Barrack Jr of Colony Capital said: “We hope and trust that any new owners of Neverland will respect the historical importance and special nature of this wonderful property. Michael’s memory lives on in the hearts of his fans worldwide.”

It is believed ad sales in the magazine have been lack lustre, which could see CR Fashion Book forced to go online as an e-zine or be phased out altogether.

An insider told Page Six: The plan is not to announce it is closing, but to do a ‘soft close.’ The whole staff knows what’s going on and are looking for other jobs.” 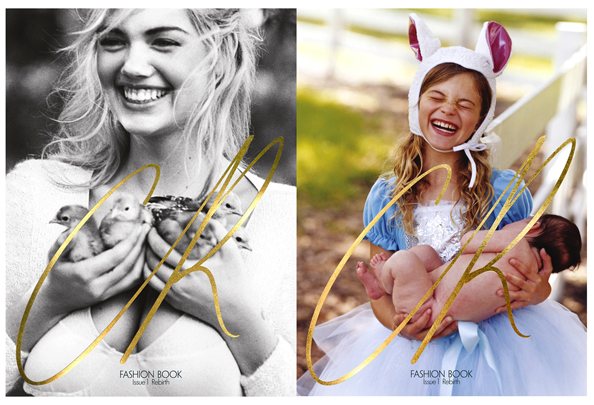 Ever since leaving the White House, former US President George W Bush has channelled his creative side. First he dabbled in painting and is now turning hand to writing.

George W Bush has recently completed a biography on his father, also a former president George HW Bush Snr. “George HW Bush is a great servant, statesman, and father,” said George W Bush. “I loved writing the story of his life, and I hope others enjoy reading it.”

The book, which is due for release on November 11, will cover the “entire scope” of George’s father’s life and career, “including his service in the Pacific during the second world war, his pioneering work in the Texas oil business, and his political rise.” Outside of politics it will consider “the warm, decent man known best by his family.”

With Bush Snr marking his 90th birthday recently with a skydive we imagine there might be more to the man than meets the eye.

The Mona Lisa, which stands in the Lourve museum in Paris, was thought to be the only painting of Lisa Gherardini (aka Lisa del Giocondo) ever created by artist Leonardo Da Vinci. However, new tests on a painting said to be the original version of Mona Lisa have proved that is it is the work of Leonardo.

Dubbed the Isleworth Mona Lisa, the painting is a slightly bigger version than the famous portrait and prettier. It was discovered just before the First World War by English art collector Hugh Barker at the home of a Somerset nobleman. Hugh brought the painting back to his studio in Isleworth, London, hence how it got its name.

The Mona Lisa painting was commissioned by Francesco di Bartolomeo di Zanobi del Giocondo, the husband of Lisa Gherardini. Lisa who was born in Florence, was the third wife to the modestly successful cloth and silk merchant, who she married when she was 15.

New evidence from sensational tapes recorded by Jackie Kennedy after the death of her husband John F Kennedy reveal that she believed Lyndon B Johnson and some Texas tycoons were behind the murder.

In the tapes broadcast by ABC, Jackie believes her husband’s murder was part of a larger conspiracy plot to make Lyndon president – Lyndon who was part of the congress did in fact complete JFK’s term and was later elected president.

The tapes have been stored in a sealed vault at the Kennedy Library in Boston, with direct orders from Jackie for them to remain secret for 50 years after her death. However, her daughter has decided to release the tapes early.  It is believed the tapes also reveal information about JFK’s alleged affairs.

Actress and former model Kate Bosworth is also a renowned fashion icon, which is why it comes as no surprise to hear she has launched a fashion app – Style Thief.

The actress partnered up with Samantha Russ to create the iPhone app that allows you to “snap and steal” someone’s clothing item by taking a photo and having the app do an image search to find the item and where to buy it. Genius!

Kick Ass actress Chloe Moretz is believed to be dating Brooklyn Beckham, the oldest son of David and Victoria Beckham.

Chloe, 17, and Brooklyn, 15, are said to be very close after being introduced to each other during Paris Fashion Week. The teenagers are thought to share the same social circles in Los Angeles where Brooklyn is residing during his school summer holidays.

The cute pair, who are rumoured to have been dating for three months, were recently spotted skateboarding together in Santa Monica.  Though with Chloe recently slamming long-term romances among teens in a recent interview, we ‘re not sure whether this one is going to last.

She said in Flare about her friends having relationships: “I’m like, ‘Dude, you’re wasting away your entire high-school years, and now you’re going to waste away your college years.”