ONE DIRECTION SET TO SPLIT?

It’s news One Direction fans across the globe have been dreading but Harry Styles is set to do a ‘Robbie Williams’ and go solo putting the band as we know it in jeopardy.

Cheeky chappy, Harry, has not only been recording music on his own for sometime but has even set up a company, HSA Publishing Ltd, with Irish accountant Alan McEvoy. The same accountant that set up 1D Media Limited of which all the band members are directors, receiving 20 per cent shares.

While there is yet to be an official statement, the fact that Harry is setting up a business away from Niall Horan, Zayn Malik, Liam Payne and Louis Thompson doesn’t look positive for 1D fans.

They’ve only been dating for three months but it seems Cheryl Cole has fallen head over heels in love with her French nightclub owner boyfriend Jean-Bernard Fernandez-Versini with pair set to wed.

The couple, who met during Cannes film festival, are said to be inseparable, already meeting each other’s close friends and family. While there is no ring on her finger just yet, sources claims it’s only a matter of time.

If they to marry it will be Cheryl’s second time down the aisle. She was previously married to British footballer Andy Cole for four years. 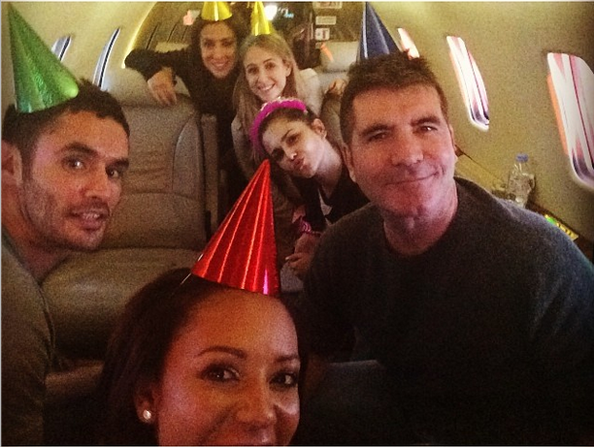 AMERICA ACCUSED OF SPYING ON GERMANY

Two German government workers have been arrested for allegedly spying for the USA.

The first German arrested worked for the Bundesnachrichtendienst (BND) intelligence agency, and is suspected of being a double agent for the CIA. Later, an official from the denfece ministry was also arrested. As a result the head CIA station chief for the US secret services was asked to leave the country.

The arrests have put a new strain on the relationship between the allies, with Germany’s chancellor Angela Merkel saying: “It is not about how angry I was. For me it is a sign that we have fundamentally different conceptions of the work of the intelligence services. I can’t say in advance if [the measures we took] will have an effect, of course I hope something will change. But the important thing is to show how we view things … and it is not a co-operative partnership when such things take place.”

She added: “We are not living in the Cold War anymore and are exposed to different threats,” she said. “We should concentrate on what is essential.”

Merkel and US President Barack Obama have not spoken since the incident.

North Korea have worryingly launched two missiles into the sea in what is their latest series of test-firings.

The missiles were fired from Kaesong city, near the border of South Korea. While it’s not unusual for the country to test missiles, they have an unusually large number of launches this year.

“It is remarkable that missiles were fired from Kaesong, a symbol of North-South cooperation,” said Yang Moo-jin, a professor at the University of North Korean Studies in Seoul. “Such action can mount tensions as it suggests that these missiles … can target the entire Korean Peninsula. ”

Hollywood heart throb George Clooney is well aware of the tabloid fodder that comes with being a celebrity, however when British news paper, The Daily Mail decided to bring the actor’s soon to be in-laws in the spotlight, they went too far.

The actor has condemned the paper for reporting that the Lebanese mother of his fiancée, Amal Alamuddin, has objected to their imminent wedding on religious grounds.

“We have family members all over the world, and the idea that someone would inflame any part of that world for the sole reason of selling papers should be criminal,” said Clooney. “When they put my family and my friends in harm’s way, they cross far beyond just a laughable tabloid and into the arena of inciting violence.”

The Daily Mail rapidly removed its story from the website and issued an apology, which Clooney refused to accept, adding: “The Mail knew the story in question was false and printed it anyway.”

When actor Bradley Cooper was pictured by paparazzi with a ring on his wedding finger, rumours spread that he had secretly married his model girlfriend Suki Waterhouse.

However, while the couple have recently been pictured looking incredibly loved up at Wimbledon and the Serpentine Ball, Cooper’s reps have denied the news, simply stating that the star likes to we start his late father’s engagement ring. Though they couldn’t explain why Waterhouse was also wearing a band on her ring finger.

Founder of Ford Models, Eileen Ford, has died at the age of 92.

Ford is famous for creating the phenomenon of the celebrity supermodel. She had an eye for talent and discovered many big names including Candice Bergen and Lauren Hatton as well as Brooke Shields. The agency would later represent Christy Turlington, Naomi Campbell and Elle Macpherson.

A former model herself, as well as a fashion reporter and photographer, Eileen set up Ford Models in 1946 with her husband Jerry (who passed away in 2008). So passionate were they about the agency that they often allowed many of the younger models to stay at their home while they started.

The pair were credited for making modelling a lucrative profession by pushing payment not for a day or hour but for usage of the model’s work and for signing models to exclusive brand contracts.