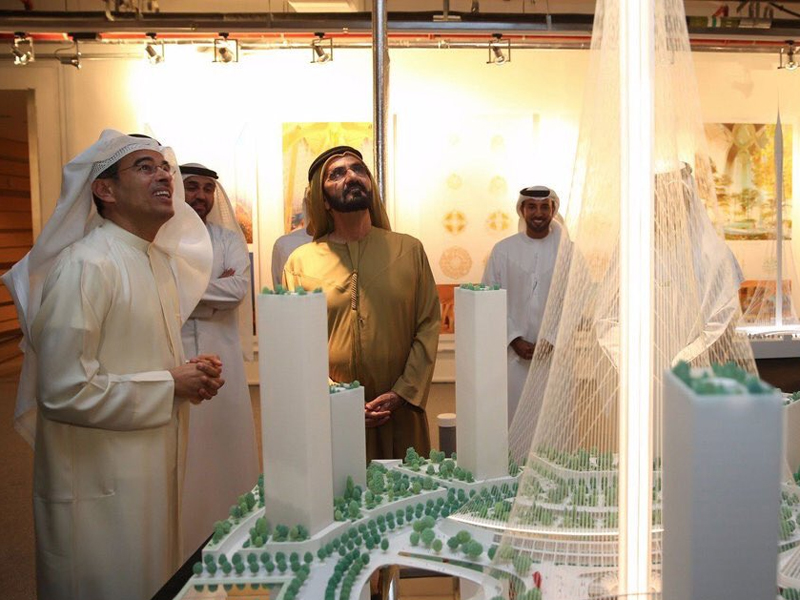 We have the Burj Khalifa, Burj Al Arab, the twisted Cayan Tower and the JW Marriott Marquis (it’s the tallest hotel in the world), you would think it would be impossible to create another architectural wonder in Dubai, but not so. His Highness Sheikh Mohammed bin Rashid Al Maktoum, Vice-President and Prime Minister of the UAE and Ruler of Dubai, has revealed new design proposals for a new tower to be built by Emaar in the Dubai Creek area.

The new building is set to be so spectacular that it will rival the grandeur of Burj Khalifa and the illustrious popularity of the Eiffel Tower. Sheikh Mohammed checked out the designs during a show held at Burj Khalifa, and approved the selection of designs by the Spanish-Swiss neo-futuristic architect Santiago Calatrava.

Related Story: See The New Malls Set To Open In The UAE by 2020

The design of the new tower, which is yet to be named, is inspired by Islamic architecture and meets requirements of modern times, as well as local environment and culture. So impressed by the designs, Sheikh Mohammed dubbed it an “unique masterpiece”. 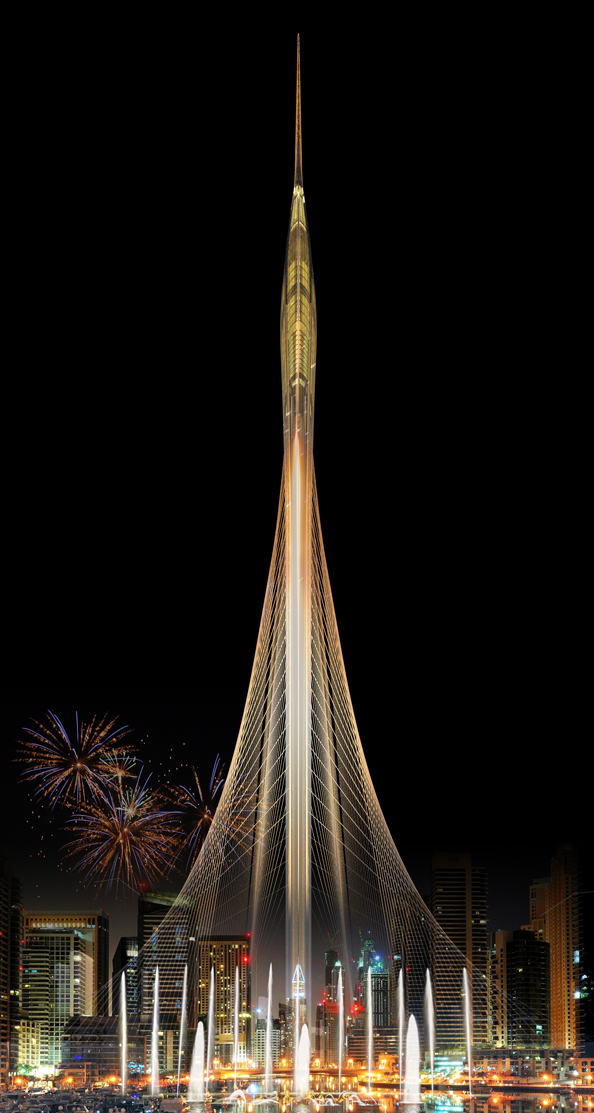 The design of the new Dubai tower

“Sheikh Mohammed has described the new tower as a unique masterpiece that will be equally great and glorious as Burj Khalifa, and as popular as the French Eiffel Tower.” 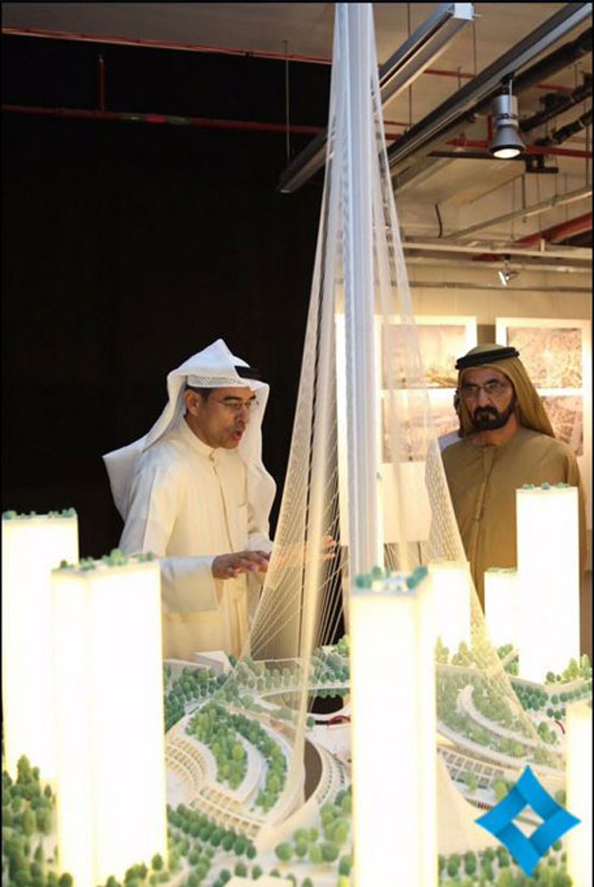 The aim behind the new building, which will be built in Dubai Creek Harbour, is to make it another landmark that will be become a popular tourist attraction.

Emaar have announced that the building’s name will be revealed during its official opening, the date of which has yet to be confirmed… Watch this space.