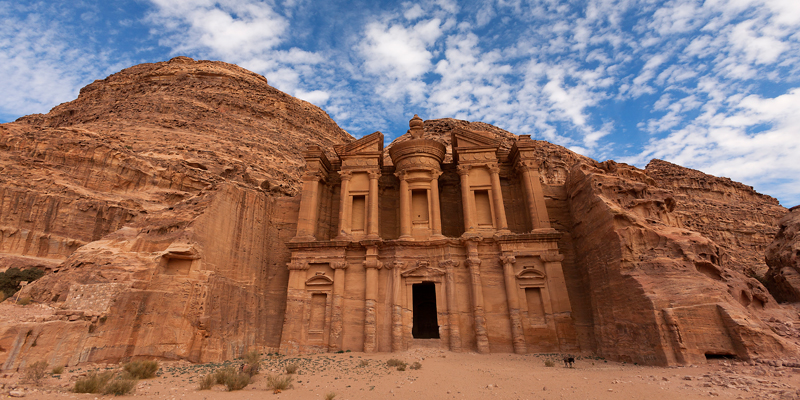 Prepare to add this to your must-watch list in 2019.

It’s been featured in Indiana Jones, The Mummy Returns, and Queen of the Desert, and now Petra is about to get a new starring role.

The ancient city will feature in a just-announced new Netflix show, one that will also be the first original Arabic series from the online entertainment giant.

Jinn is a six-episode series that will be shot in Jordan this year, and will hit computer screens around the world in 2019.

The fantasy adventure will be helmed by a local cast and crew, with Lebanese director Mir-Jean Bou Chaaya and Jordanian screenwriter Bassel Ghandour already signed up.

Beirut-born Chaaya is the filmmaker behind 2015 drama Very Big Shot, while Ghandour has penned movies such as Oscar-nominated Theeb (and was also a production assistant on 2008’s The Hurt Locker).

Produced by Elan and Rajeev Dassani, the young adult fantasy adventure will focus on a group of Arab teens, who meet a jinn (also known as a genie) in the archaeological marvel that is Petra.

The supernatural tale sees the boys’ “friendships and young romances tested when they set out to stop an even greater darkness that is threatening to destroy the world”, according to a statement.

Based on that, we’re already a bit hooked.

“It is very common in Middle East that people know someone who has a Jinn story, so it’s nice to take that and turn it into a fun and mysterious teen adventure that everyone can enjoy,” said writer Ghandour.

Director Chaaya added that the series is “a great opportunity to portray Arab youth in a very unique way”, while Netflix said more details—such as the cast—would be shared later this year.

“We’re delighted to be working with such a variety of breakout talent to launch our first Arabic original series in the Middle East,” Erik Barmack, the company’s vice-president of International Original Series, said.

Read:
This new Netflix show is at the top of our watch list
Does anyone wear this Lebanese label better than Angelina Jolie?

“We are extremely excited to bring this story to a global audience, and to celebrate Arab youth and culture.”

We’ll bring you more news about who’s appearing in the series when we have it… but we’re already excited for the region’s new starring role.