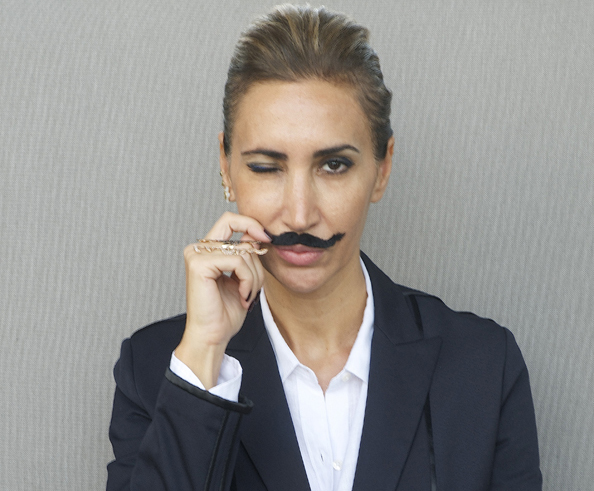 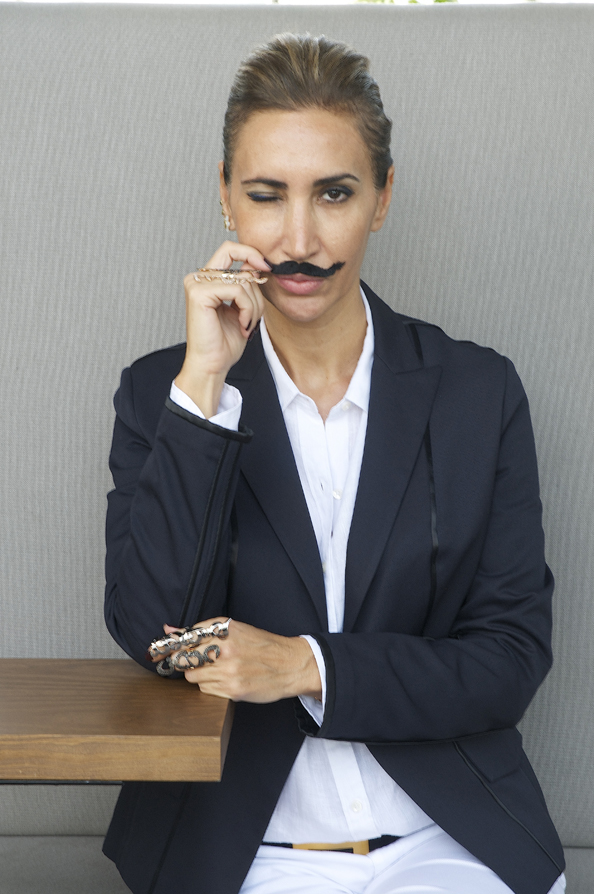 It’s not everyday that a woman of style would risk her sartorial status and be pictured with a moustache – surely that’s what bleach and threading was invented for! However, taking one for the team is jewellery designer and artist Nadine Kanso, who has flashed her ‘tache as part of a campaign with 1847 and Iris Dubai to raise awareness for Movember.

Talented artist Nadine Kanso was all too happy to don a fake moustache and take part in the project which sees 1847 and Iris Dubai join forces by combining art, photography and some of Dubai’s trendiest men, and woman, to support Movember.

In case you’re unaware, Movember is an annual campaign involving the growing of moustaches during the month of November to raise awareness of men’s health issues, such as prostate cancer and other male cancers, and associated charities. 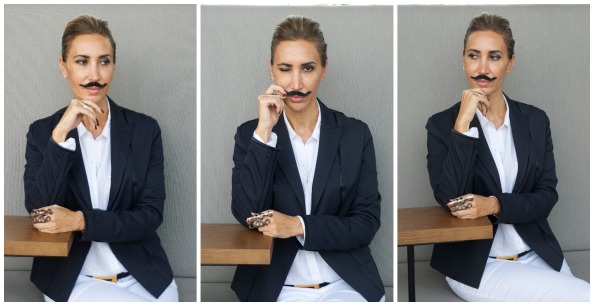 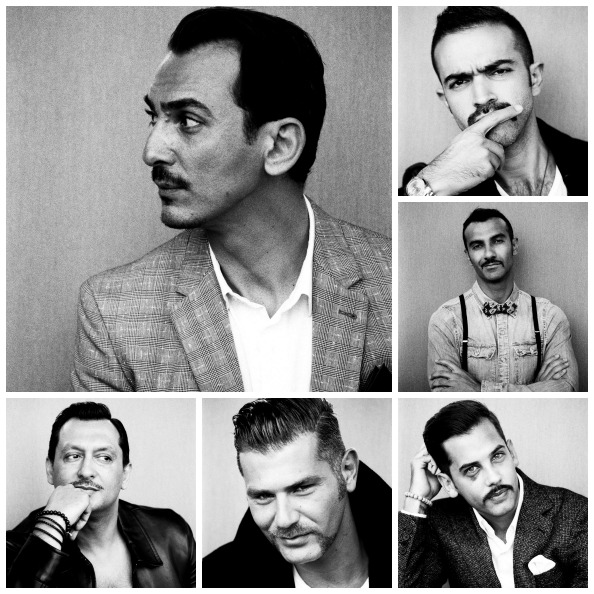 A selection of images from the project will be unveiled at an exclusive exhibition held at Iris Dubai on November 11. However, art aficionados and guests can continue to preview the heart-warming exhibition throughout the month of November at Iris Dubai.

Iris Dubai’s Managing Partner and Co-Founder, Karim Jaber, said: “Movember has changed the face of men’s health, figuratively and literally. Movember is the perfect combination of raising vital awareness in a productive and interactive way and supporting foundations and initiatives that are geared towards men’s health issues. We are happy to take on the challenge this Movember and stand up for men’s health.”

Meanwhile Negin Fattahi-Dasmal, founder of The Grooming Company and stage 4-cancer survivor, said: “As a regional pioneer in men’s grooming, we feel that it is our responsibility to actively raise awareness on one of men’s most important health issues.  We hope that by taking part in this interesting project, we will encourage our peers to take a more active role in building awareness on prevention and early detection.  1847 would like to be recognised as a leader in doing the right thing.”

Get the men in your life to grow a ‘Mo’ and join in supporting MOVEMBER.  #movembermoments