MuslimGirl’s Founder Was Forced To Remove Her Hijab In France 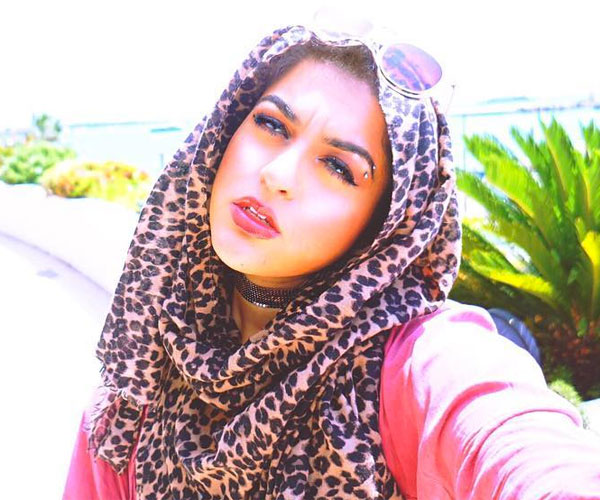 Amani Al-Khatahtbeh described the incident as “sheer dehumanisation and humiliation”.

A Muslim journalist says she was forced to remove her hijab and threatened with deportation during an incident at an airport in France.

Amani Al-Khatahtbeh, the founder and editor of the Muslim Girl website, was on her way to the Cannes Lions International Festival of Creativity, where she had been invited to be a judge.

When she arrived at Nice Airport, a patrol officer refused to stamp her passport while she was wearing her headscarf.

Al-Khatahtbeh said she was taken to a police station within the airport, where a police officer insisted she remove the headscarf, saying: “you are in France, and in France I want to see your hair”.

After being told it was the “law”, she agreed to show her hair to a female officer. However, the situation became heated when she asked the male officer for his identification number.

According to Al-Khatahtbeh, the officer “blew up”, confiscating her passport and threatening to send her back to New York. Her requests to contact the United States embassy were repeatedly refused, she said.

It wasn’t until she told them she was a journalist and jury member for the Cannes Lions Festival that they let her go, albeit with a warning to “keep her mouth shut”.

“I regularly chronicle to you all the experiences I endure as a Muslim woman in today’s political climate, including many airport stories, and this one will forever be seared into my memory for the sheer dehumanization and humiliation that they tried to repeatedly force upon me,” Al-Khatahtbeh wrote in a Facebook post that has had more than 5000 shares.

“They weren’t afraid of VIOLATING my rights, they were afraid of a possible PR NIGHTMARE on their hands!”

Read more:
The Latest Country To Apparently Ban The Burqa Might Surprise You
Another European Country Plans To Ban The Burqa

Thank you so much to everyone who shared, liked, and reached out to check on me about my traumatizing experience with French police forcing me to remove my hijab at Nice Airport. It ironically happened just as I arrived to judge the gender-based Glass Lion Award at the Cannes Lions Festival. I taped a video detailing the entire ordeal that I’ll be uploading to Youtube shortly. Link in bio if you don’t know where to find it — and the full story is on my Facebook status, which is the best way you can keep up the pressure and spread awareness about this situation exposing the rights violations that French Muslim women endure everyday.

The journalist said she was working with a French lawyer from the Collective Against Islamophobia in France (CCIF), who confirmed it is illegal for a police officer to demand that a Muslim woman remove her religious headscarf.

“These violations happen against French Muslim women every day, and yet this is the first time that they have a case come forward of a cop forcing a Muslim woman to take off her hijab,” Al-Khatahtbeh said.

“In this moment, we must set a precedent. I was violated and I will pursue this to the fullest extent, not just for justice, but also on behalf of all my brothers and sisters in France enduring this harassment everyday because of their religion.”

In a Twitter post, the ambassador of France to the United States responded to the incident by saying it was up to the courts to decide what had happened.

Like in any country, this lady should go to the court where she will provide the necessary evidence. https://t.co/6ftnT66K0c

“Like in any country, this lady should go to the court where she will provide the necessary evidence,” Gerard Araud said.

France was the first European country to ban face-covering veils, such as the burqa. A clampdown on covered students in state-run schools began in 2004, and the law came into full effect in April 2011.

Anyone caught wearing the burqa or niqab faces a fine of €150 (Dhs749). Headscarves are not included in the ban.