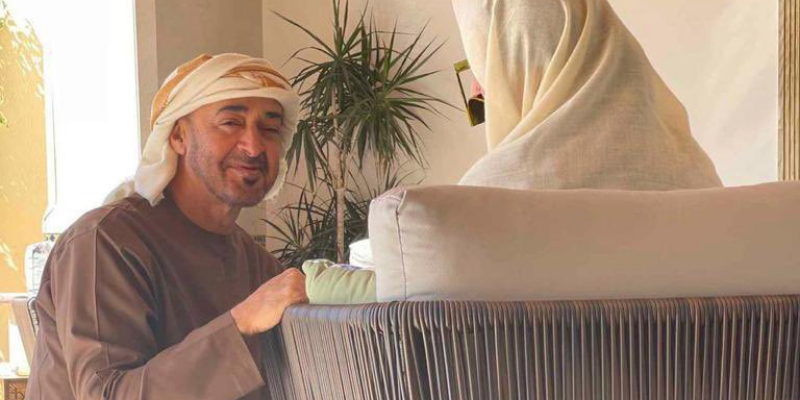 Sharing a photo with his mother to Twitter, the Crown Prince of Abu Dhabi penned a letter to Sheikha Fatima praising her for all that she does.

“To my beloved mother, Fatima bint Mubarak, and to every mother around the world,” he said. “You are the universal symbol of hope, love and compassion. We celebrate you today, and every day.”

Her Highness also marked Mother’s Day herself, paying tribute to all mother around the globe stating they are a symbol of generosity and nobilioty.

“You are an incubator, educator and guide,” she also said.

Like Sheikh Mohamed bin Zayed, His Highness Sheikh Mohammed bin Rashid Al Maktoum, the Vice President and Prime Minister of the UAE and the Ruler of Dubai, also shared a heartfelt message on Mother’s Day.

Honouring mothers across the nation, His Highness posted to his official Twitter page which has over 10 million followers stating that mothers are “the source of life”.

“To all mothers, you are the source of life, you are life,” he said. “Our words fall short of describing the amount of love and mercy that you put in this universe. God bless you.”

Alongside this, Sheikh Mohammed also posted a video that paid tribute to his mother, Sheikha Latifa bint Hamdan bin Zayed al Nahyan, who died in 1983.

“Sheikha Latifa bint Hamdan bin Zayed Al Nahyan, I was the closest to her,” he said. “I have never experienced love like hers. I remember her words.

“People used to come to her. She had a lovely, strong personality. She was loved by all who knew her. There is no one like her.”