How Montblanc is countering the economic fallout of the pandemic 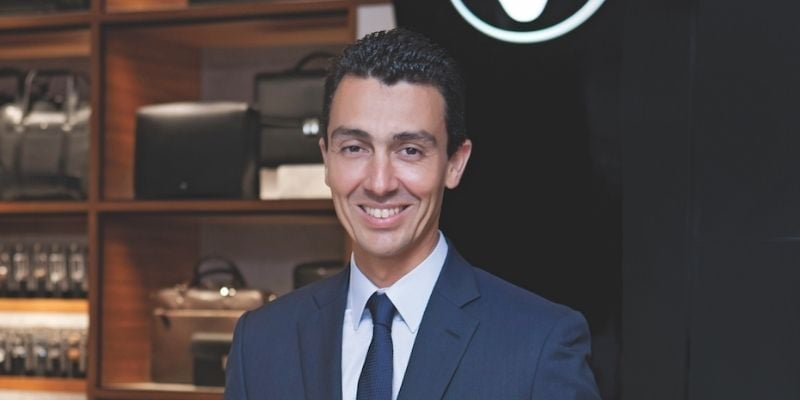 Can the Chinese market serve as a template for how luxury brands respond and rebound from the abyss of the pandemic? Montblanc’s international executive vice president of sales, Julien Renard, shares his insights

It would have come as little surprise to anyone that the luxury market for 2020 was in the red. But the sheer scale of that fall did set off blaring sirens. According to the 19th edition of the Bain & Company Luxury Study released in November, the personal luxury goods market fell 23 per cent to reach EUR217bn, the first contraction since 2009 and the biggest drop ever recorded by the global management consulting agency since they began tracking the industry. The overall luxury market – which also includes luxury goods and experiences – decreased a similar amount and was estimated at EUR1 trillion.

“We have been impacted, like any other luxury Maison, by the pandemic and the lockdowns with stores closed for several weeks. We had to react fast by slowing down some parts of [our] production, but not stop it altogether as we had to cater to countries in Asia such as China that emerged from the pandemic in an extraordinary way,” says Julien Renard, international executive vice president of sales at Montblanc.

Amid the carnage within the luxury goods market, China was a bright spot. Not only does Bain predict it to become the largest luxury market by 2025, high-end brands also witnessed a repatriation of their local business through 2020. “Chinese consumers began consuming inside the country. They weren’t travelling out, so they were buying locally,” explains Renard, adding that other regions in Asia such as Taiwan and South Korea also showed that their luxury consumer markets were robust enough to counter the global downturn.

Suddenly, the decision by French luxury conglomerate LVMH – whose brands include Louis Vuitton, Dior and Bulgari – to currently operate more stores in Asia compared to the number of stores it has combined in Europe and the US seems like a nifty decision. As is the case with rival conglomerate Kering’s strategy – think Gucci, Balenciaga and Brioni – to operate around 220 stores in Japan, vis-a-vis the approximately 552 it has spread across the entirety of North America and Europe combined.

Montblanc, and its parent company Richemont, aren’t ignoring the writing on the wall. After all, China’s luxury market reportedly grew 48 per cent year-on-year in 2020 to EUR44.1bn, while its luxury market share nearly doubled from 11 per cent to 20 per cent.

In a multi-platform push last July, Montblanc opened an online flagship store on Alibaba’s Tmall, on which it also launched its worldwide M_Gram 4810 collection. A few weeks later, it opened a new flagship boutique in Shanghai at Plaza 66 Mall.

The Hamburg-headquartered brand’s core products are writing instruments, leather goods and watches. As Renard says, they account for about 45, 35 and 25 per cent respectively of all sales at Montblanc. Across these three categories, current references to China are inescapable. 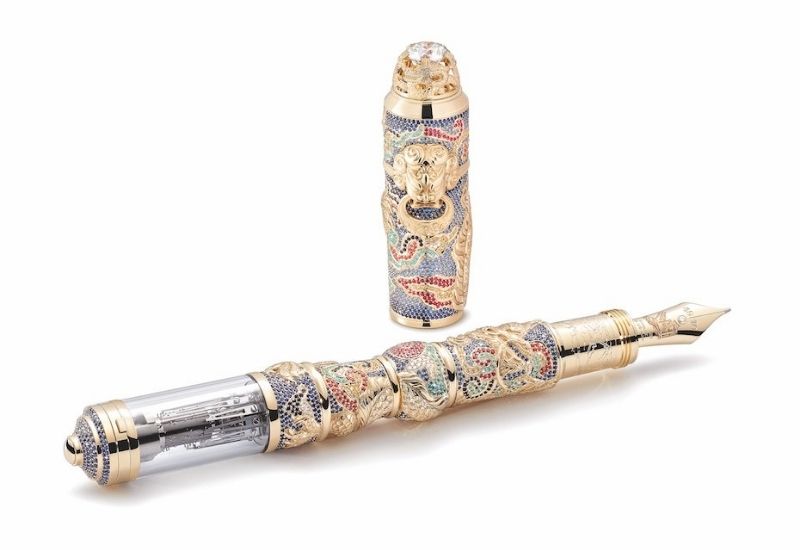 The global luxury pen market will grow by $156.11m from 2020-2024, according to market research firm Technavio. Montblanc, whose luxury writing instruments includes the iconic Meisterstück collection, is believed to have an approximate 75 per cent market share within this category. As part of this year’s Montblanc High Artistry, the Tribute to The Great Wall of China collection includes a Limited Edition 1 Imperial inspired by the Ming Dynasty and studded with diamonds, sapphires and rubies – which costs a staggering $1.9m.

“People are still not aware what Montblanc is capable of at the very high-end craftsmanship. When you look at these limited editions, we’re talking about art more than anything else. These pieces range from EUR40,000 up to EUR1.8m,” says Renard.

Leather goods are its second pillar and the M_Gram collection it launched last year in China was aimed squarely at attracting a new demographic. “It allows us to reach a younger consumer. It’s a unisex product that also allows us to reach women. Recruiting a new clientele is extremely important for the brand.”

Its luxury watches vertical meanwhile participated along with other Richemont brands in the virtual Watches & Wonders exhibition last year, which will also be a virtual event this year. In 2020, Montblanc participated in a physical Watches & Wonders exhibition in Shanghai in September alongside a collaboration with Tmall, China’s largest e-commerce platform. The online watch event reportedly had 350 million impressions, according to Richemont CEO Jérôme Lambert. It was only logical for an entire portfolio of Richemont brands including Cartier, Vacheron Constantin, Panerai and Montblanc to participate for the first time in the country’s 11.11 shopping festival which was held in November.

Change is afoot at Montblanc. Beginning this month, Marco Tomasetta has been appointed as its new creative director, replacing Zain Kamal. Tomasetta was most recently the creative director for leather goods at Givenchy and previously worked for fashion houses including Chloé, Louis Vuitton and Prada. It will be an interesting period for Montblanc which has attempted to diversify its offering by introducing products like its first-ever headphones last year. Undoubtedly, Tomasetta will be key to driving new collaborations.

Renard reveals that there will be an upcoming collaboration between Montblanc and another brand in March, with his only hint being that it will be linked to the auto world. If its two previous recent collaborations with BAPE and Pirelli are anything to go by, we’d pay very close attention here.

Another major appointment has been that of Laurent Lecamp as the managing director of the watch division, replacing Davide Cerrato. How he breathes life into the creations emanating from Villeret and Le Locle and also refocuses its Summit smartwatch will test his mettle early on.

Here in the UAE, Renard says that the strategy is not on unhinged expansion. It currently has 15 boutiques in the UAE, apart from shop-in-shops. “The brand doesn’t want to expand. We want to be even more exclusive than we were in the past. We have been closing many wholesale doors in the region. However, when we see new projects like [Palace] Vendôme Mall in Qatar, we will be a part of them.”

Beyond a retail footprint, Montblanc is investing heavily into its digital business. According to Bain, online sales in the luxury market made up EUR49bn in 2020, up from EUR33bn in 2019. The share of purchases made online, it added, doubled from 12 per cent in 2019 to 23 per cent in 2020. “Digital accounts for around 15 per cent of all sales at Montblanc,” says Renard, while adding, “I would want to bring it to 20 per cent in the very near future.” To that end, Montblanc also inked an agreement with Richemont-sibling and digital e-commerce specialist Yoox Net-a-Porter to enhance its digital presence. A brand-new Montblanc website will also launch this summer.

Meanwhile, in the UAE, Montblanc has partnered with the Louvre Abu Dhabi’s upcoming exhibition, Abstraction and Calligraphy: Towards a Universal Language, running from February 17 – June 12, 2021. With its own collections including the Great Characters, Heritage and Patron of Arts, Renard says that there’s a synergy between the museum’s appeal to the arts, history and cultural heritage and Montblanc’s writing instruments.

By refocusing on themes such as calligraphy, it is also a way for Montblanc to reconnect with a local audience. “The one thing the pandemic has taught Montblanc is to focus on local clients and not just travellers and tourists. [We’ve had to] rethink what is relevant for the local market in terms of distribution, services, and how to communicate with clients.” Renard’s advice is already reaping rewards in China, and there’s no reason the same can’t be replicated here within the region.