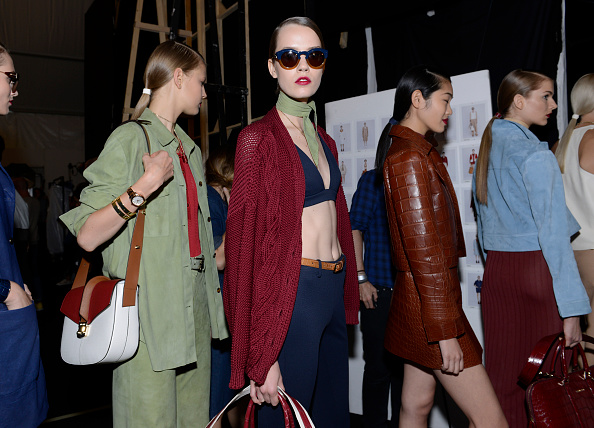 Whether you’re a toy girl or Teddy boy, Milan Fashion Week had spring summer 2015 all wrapped up.  The Milanese heavyweights were under the microscope again this season, with profits at some of the top brands affected by economic and political negativity in the country. In spite of the Italians having curated catwalk, the Milanese masters had to pull out all the stops to ensure the Parisian love affair did not begin too soon.

The economic and political backdrop did not appear to tinge the cinematic sea for Emporio Armani or purple deserts for Prada. 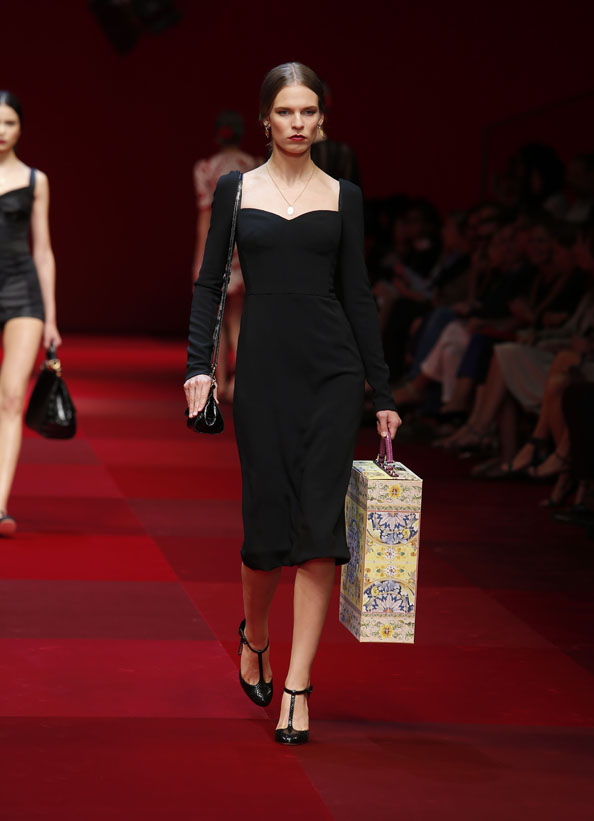 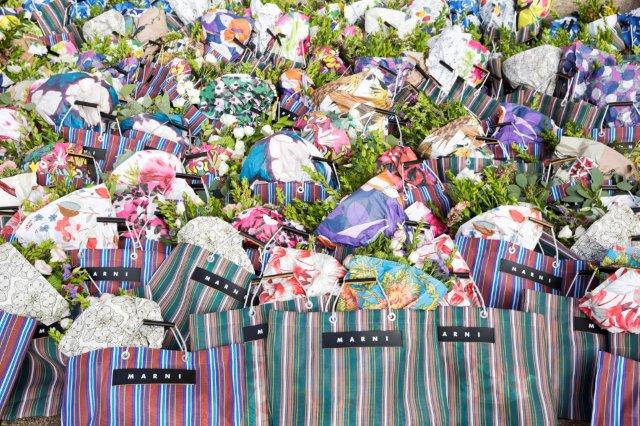 However, back on the catwalk and Marni’s models were presented as Teddy boys, a change from the brand’s usual feminine form, to celebrate the label’s 20th birthday.  Tunics and wide-leg trouser clad models were armed with drawstring and floral tote bags, a must-have addition to your collection of commuter or beach bags.  Versace’s show included a must have bag, complete with pockets for all your paraphernalia. 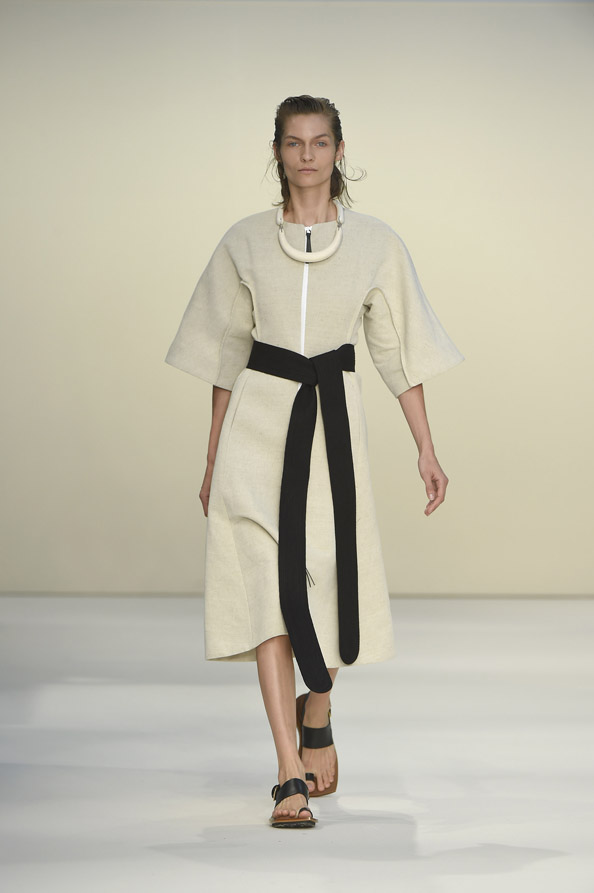 Prada gave the desert a run for its money with purple dunes providing the landscape for vintage-inspired looks, a mood that continued at Gucci, with models debuting the brand’s new make-up line, marking its diversification. We’ll add a lipstick to our wish list. 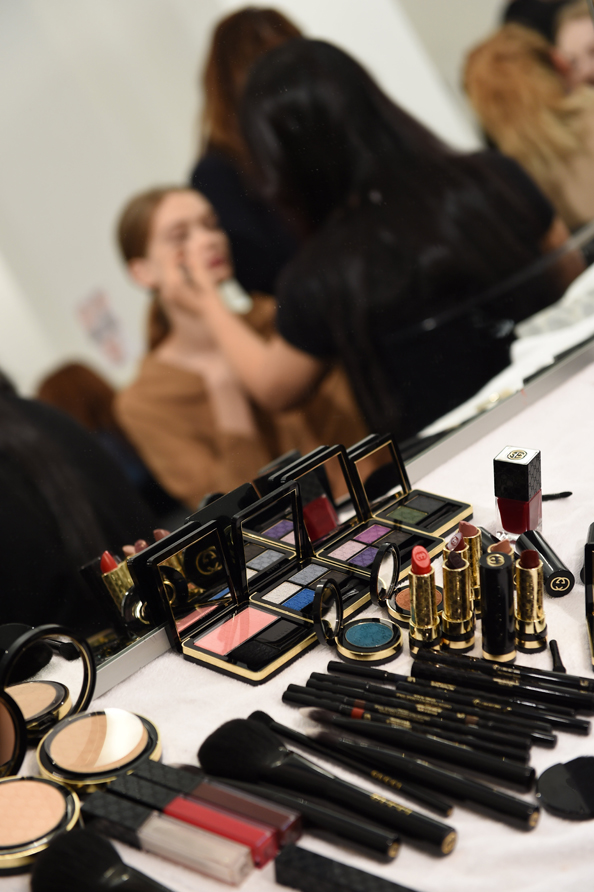 Fendi was opened by Cara Delevingne, joined by Georgia May Jagger, with floral hair accessories and botanical print mini dresses adorning the collection, while leather and feathers also appeared to flock together. 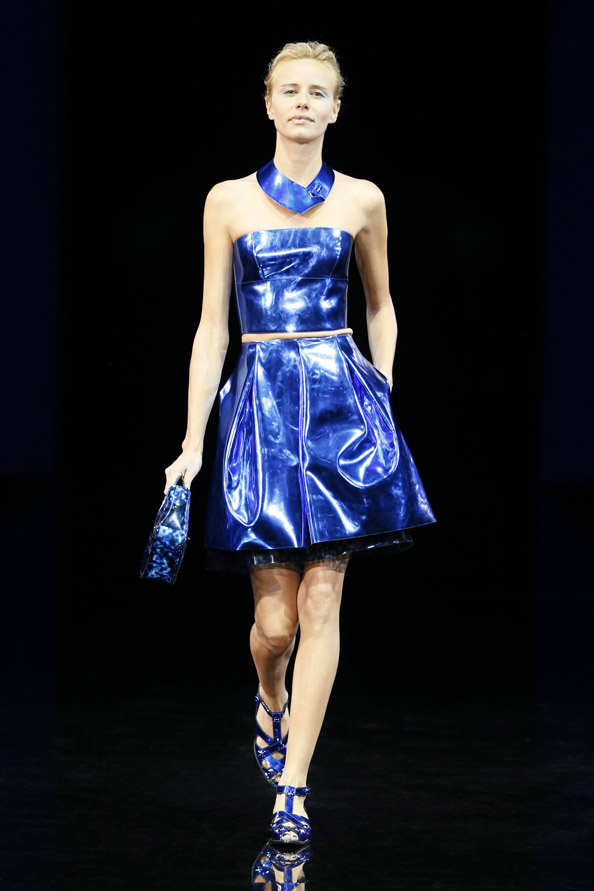 There was a 70s revolution with retro long coats at Prada and Gucci as well as culottes, long floaty frocks and maxis, which will be ideal for spring summer nights, from Emilio Pucci and Cavalli and Missoni. 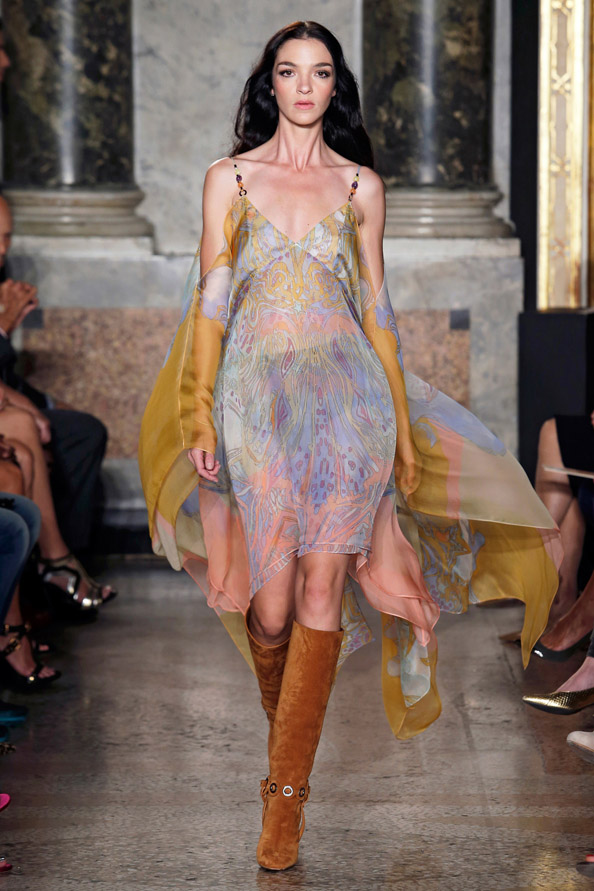 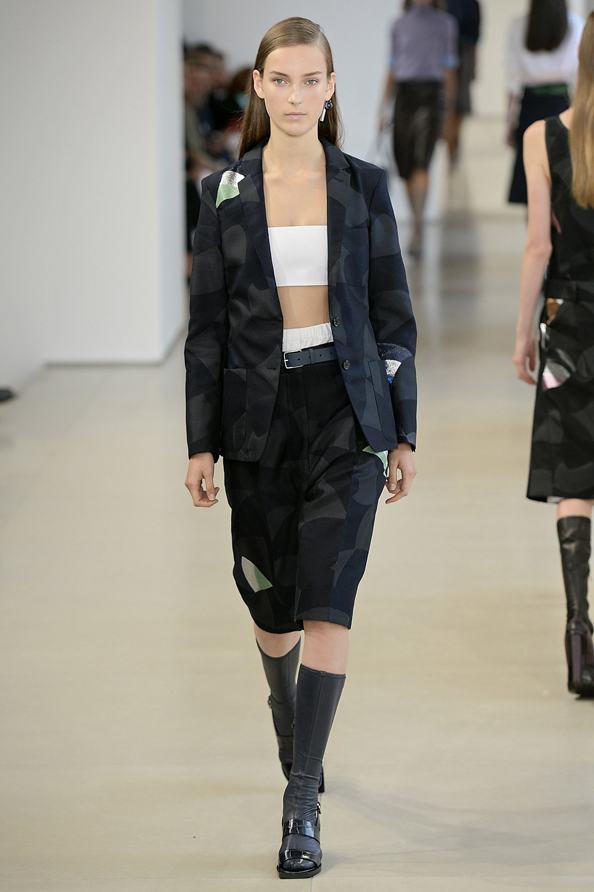 Botanical prints at Fendi and Marni and textures and feathers at Fendi and Etro, received the Italian stamp, as well as cut out detailing (also Fendi) and sheer panelling (Versace).

Colours range from bubble gum pinks to aquatic-inspired shades of pearly white, beige and grey to psychedelic hues as seen at Moschino and Cavalli. 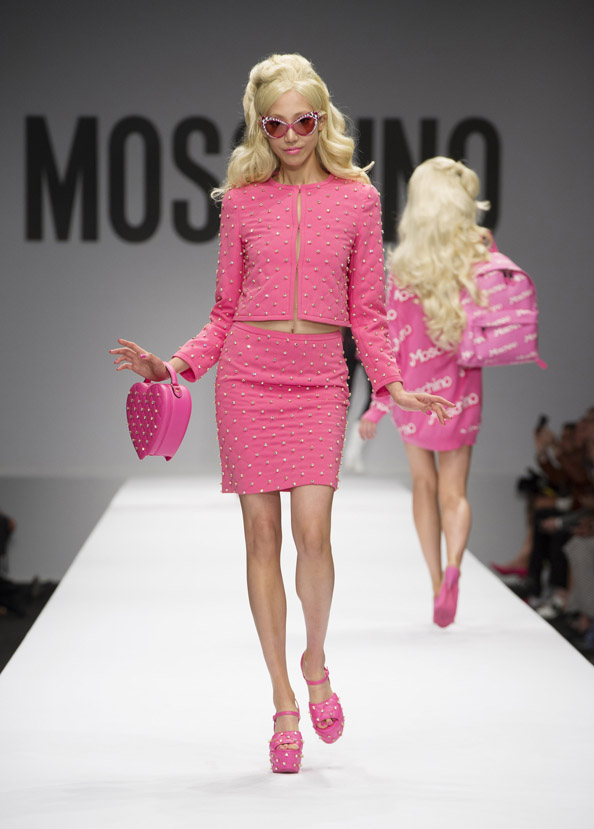 MODELS OF THE WEEK 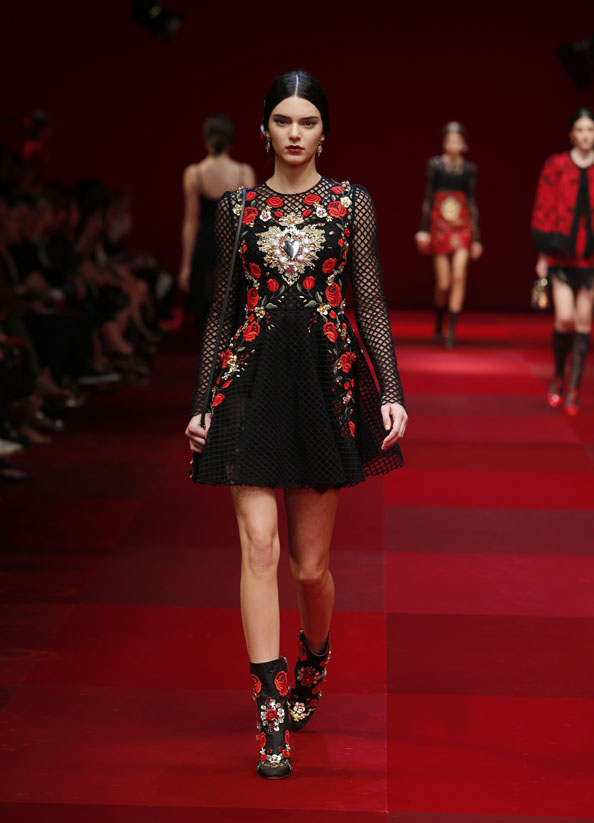 Kendall Jenner put the bullying at New Fashion Week behind her starring on the runways for top designers including Dolce & Gabbana as well as Pucci whose model pack also included Naomi Campbell, Joan Smalls, Malaika Firth and Binx Walton. 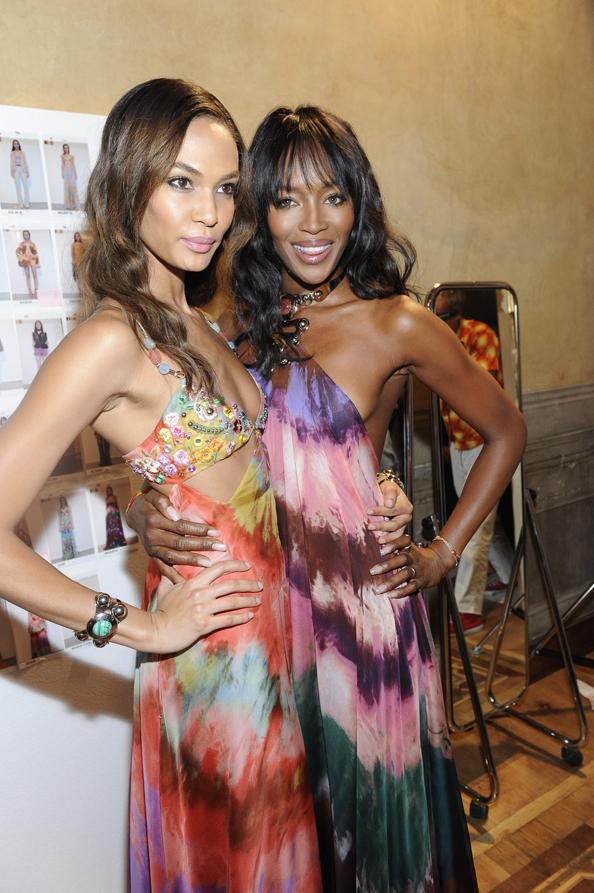 Prada’s show included the reappearance of Australian model, Gemma Ward, who has not walked a runway in six years, while Charlotte Free’s turn as roller Barbie at Moschino was a memorable must see. Coco Rocha and other FROWers at Moschino bagged their very own Barbie dolls, while Kate Moss and Charlotte Casiraghi’s (Monaco’s royal and Grace Kelly’s granddaughter) mingled next to Anna Wintour, who provided the limelight at Gucci. 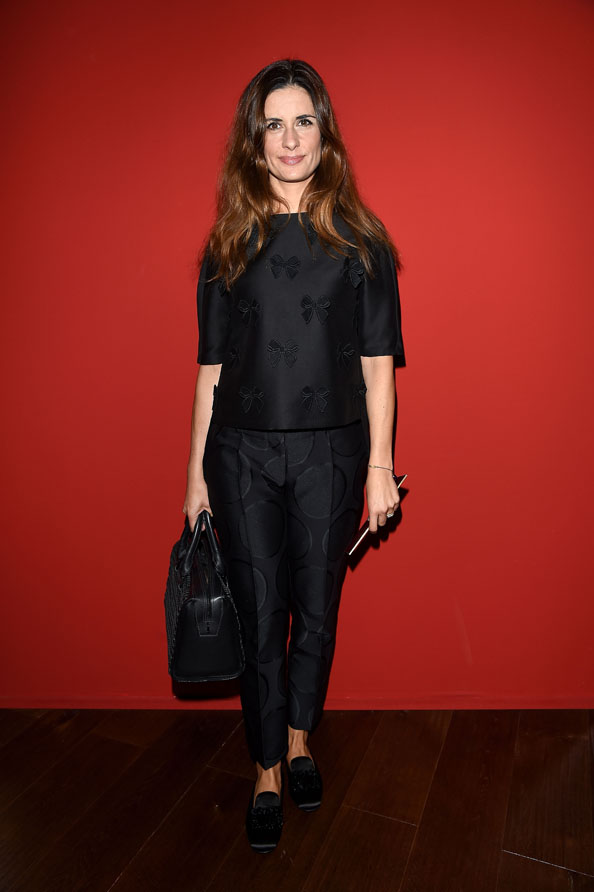 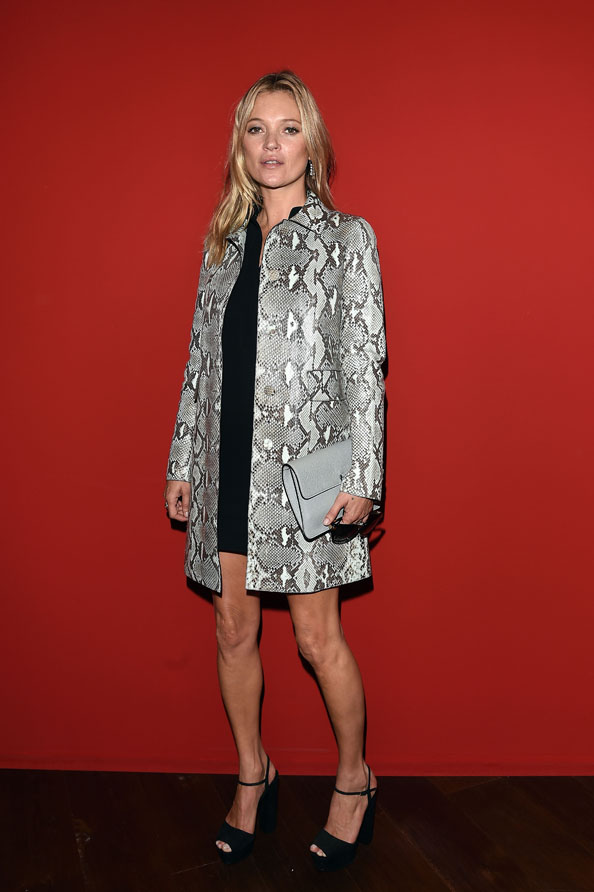 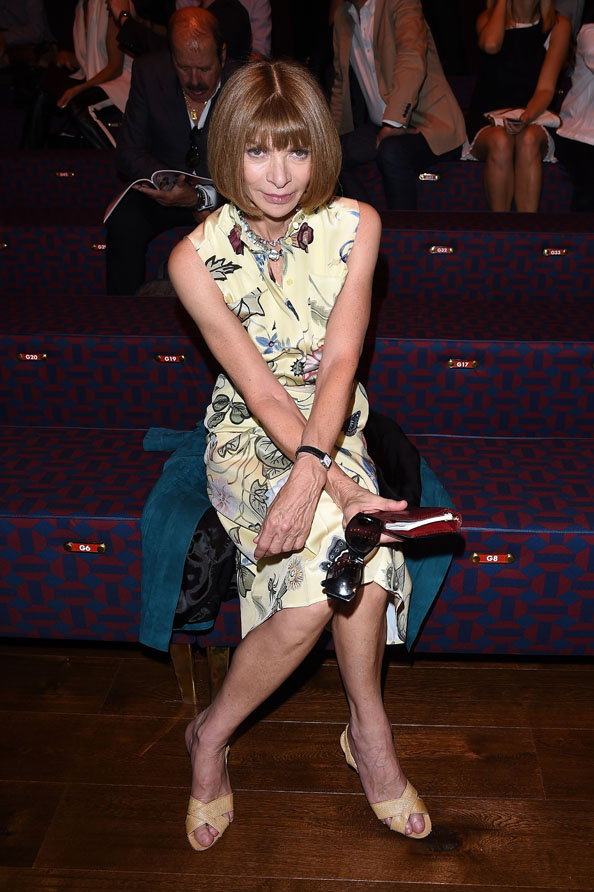 Anna Wintour is a FROW must-have

Cara Delevingne proved models do eat by tucking into a pizza before the Fendi show and giving Karl Lagerfeld a peck.

Kendall Jenner appeared to be fighting back at tales of bullying with her instagram pictures, and rumours are rife of a budding romance after she was seen holding hands with a hunk.