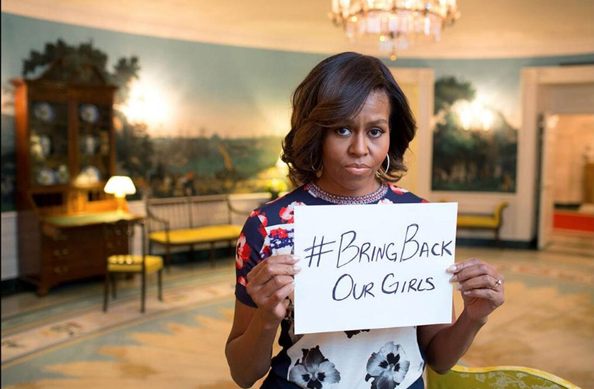 The whole world has been in shock after hearing about the 276 Nigerian girls who were kidnapped by militants while on their way to school. Outraged by the Nigerian government’s lack of support and lack of effort to find the victims, Michelle Obama decided to speak out during what would normally be Barack Obama’s weekly address.

During her heart felt speech the First Lady said she and her husband were both “outraged and heartbroken” about the abductions, which took place on April 14 outside a boarding school in Chibok in the northern Borno state. It is believed the Boko Haram militant group is behind the kidnappings. The group, whose name is said figuratively mean “Western education is forbidden”, are also thought to be responsible for over 1,500 deaths this year alone.

“What happened in Nigeria was not an isolated incident,” said Michelle Obama during her speech to raise awareness of the #BringBackTheGirls campaign. “It’s a story we see every day as girls around the world risk their lives to pursue their ambitions. I want you to know that Barack has directed our government to do everything possible to support the Nigerian government’s efforts to find these girls and bring them home. In these girls, Barack and I see our own daughters. We see their hopes, their dreams, and we can only imagine the anguish their parents are feeling right now.” 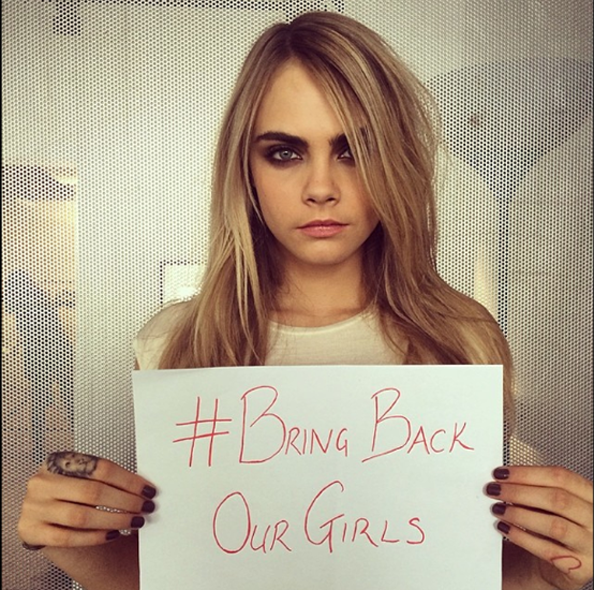 Supermodel Cara Delevingne says: “Everyone help and raise awareness #regram #repost or make your own!”

The actions of the international figureheads, particularly in the USA and the UK, have forced the Nigerian government to finally take action. For the first few weeks since the initial kidnappings, the country’s president, Goodluck Jonathan, refused international help, which lead to global outrage. The British Foreign Office revealed that it offered help the day after the mass abduction, while according to Secretary Of State John Kerry, the USA offered a hand since “day one”.

It was only this week, after many marches across the country by angry Nigerian residents and relatives of the victims, that Nigeria accepted help from Britain, USA, France and China.

Sources claim that British and American officials are using advanced eavesdropping equipment to scan the Sambisa forest where the schoolgirls are thought to held hostage. 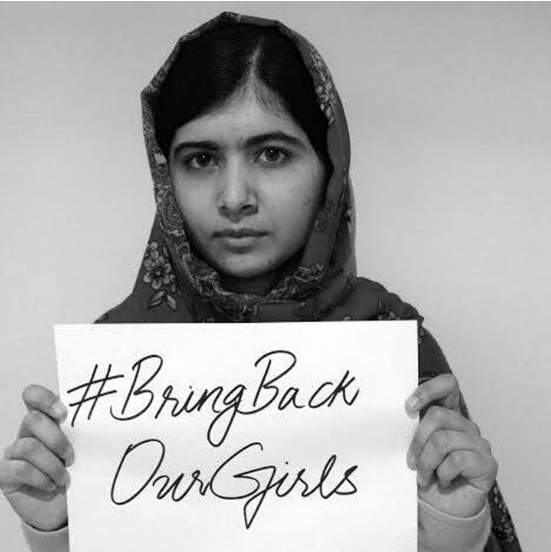 Malala Yousafzai, says: “[These] girls in Nigeria are my sisters.”

According to Sky News “the leader of Boko Haram, Abubakar Shekau, has threatened to sell the girls on the market, amid reports some have already been trafficked to neighbouring Chad and Cameroon.” Although Goodluck Jonathan is adamant the girls are still in the country.

The devastating events have lead to a plethora of celebrities, including supermodel Cara Delevingne and world famous advocate Malala Yousafzai, to launch a Twitter campaign under the hashtag #BringBackTheGirls. Even Aerosmith frontman Steve Tyler has been vocal about the campaign. 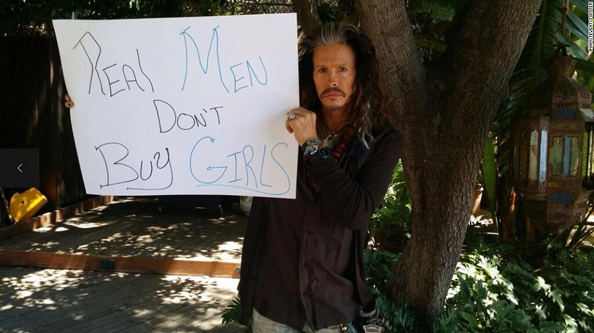 Steve Tyler with the hashtag #RealMenDontBuyGirls.

Join in on the social media hashtag and, hopefully, together we can help raise awareness.